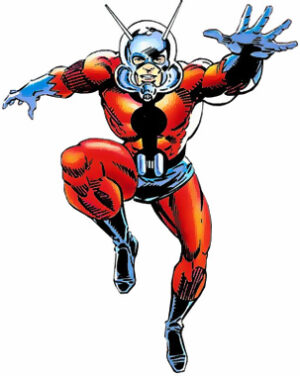 Edgar Wright, director of such nerd-worthy hits like Shawn of the Dead, and the recent not-so-blockbusting Scott Pilgrim Vs. The World, has come forward with some interesting news on his next flick. The Dorset, England native did a little name dropping to Variety early this morning. “Hollywood knows my track record with the comic-book cultists… but it seems with the less than stellar box office take for Pilgrim meant I’d have to take a real leap in casting my next star. Luckily for me, I had Jack in my back pocket.” And with that, the cat was let out of the bag. For Wright’s soon to be finished script for Marvel’s Ant-Man being pushed into production, he was quick to drop this bit of casting news to help build early buzz.

Wright’s script, utilizing the director’s quick wit, is in his words, “a real tongue in cheek kind of deal.” He went on to comment “I mean, I really didn’t think Hank Pym was movie material, unless we wanted a comedy about beating your tiny wife…”. The near-approved draft will have Jack Black starring as former thief turned superhero Scott Lang.

“I’m just jazzed about getting Jack on board. His range of emotions, his physicality, and his vocal prowess as a rock singer just really vibe with me. There’s so much to work with here. How could I not be excited?” Wright finished up his comments with a little teaser. “Since Jack signed on, I couldn’t help myself… there WILL be a musical number towards the end of the film, that will easily put my Ant-Man teeny heads and shoulders above anything they’re doing on any other superhero flick. I mean, Spider-Man 3 didn’t really gel with the fans until the little dance number they had in the second act, right? I mean that movie was Marvel’s best comedy to date, and I plan on topping it.”