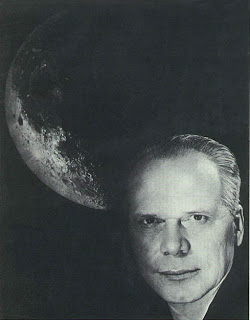 It is now official, FarmerCon VI will be held July 29-31, 2011 in Columbus, OH at PulpFest!
PulpFest is held at the Ramada Plaza Hotel and Conference Center. Rooms are available at the “PulpFest Rate” of only $79 per night. However, to get this rate, you cannot book your room online, you must call their toll free number: 877-609-6086 and reserve your room over the phone. Remember to mention PulpFest to get the discounted rate.
To sign up for FarmerCon VI, first reply to this email to be added to the list.
While there is no charge for FarmerCon VI, you must Register with PulpFest to attend. Amazingly, you can attend all three days of PulpFest for only $30!
If you will be traveling to Columbus and staying overnight, I urge you to book a room at the Ramada Plaza Hotel and Conference Center now. The $79 per night room rate is a great deal, and being in the same hotel gives FarmerCon attendees that much more time to hang out. We almost always go out together somewhere for a meal or two and we will be looking to do that again. So be sure to tell me you’re coming, don’t just decide to drop in at the last minute.
PulpFest and FarmerCon programming is still to be determined, but suggestions are welcome; both to me for FarmerCon and to PulpFest for their programming as well. Also, Meteor House will have a table in the Dealers Room where you will find back issues of Farmerphile, select items from Philip José Farmer’s estate sale, The Worlds of Philip José Farmer 1: Protean Dimensions, The Worlds of Philip José Farmer 2: Of Dust and Soul and perhaps more.
So, if you want to come to FarmerCon VI, here is a quick summary of the steps you need to take:

I hope I will see you there! 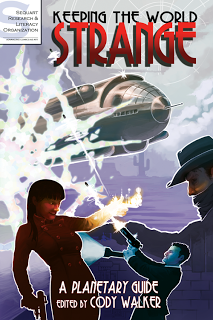 Sequart Research & Literacy Organization’s Keeping the World Strange: A Planetary Guide is now available for order through comic shops (use Diamond order code MAR111401). The book is currently listed in the books section of March’s Previews catalog (page 347) and is set to hit stores in late May.
“Highly recommended.” – Ain’t It Cool News
Edited by Cody Walker, Keeping the World Strange offers essays that examine the highly-acclaimed WildStorm series from varied, thought-provoking viewpoints:
* We Contain Universes:  The Delicately Spinning Reality of the Snowflake, by Kevin Thurman
* Surfing through Planetary:  The Characters behind the Fiction, by Andy Richardson
* The Secret History of the WildStorm Universe, by Cody Walker
* When Third is Fourth:  The Mystery of the Fourth Man, by Chad Nevett
* Bleeding Between the Lines:  Planetary and Vertigo, by Timothy Callahan
* “The Hidden Wonders of the World”:  Planetary and Reconstructionism, by Julian Darius
* Archaeologists, Architects, and Acolytes:  Reading Futures Studies in Planetary, by Caleb Stokes
* The Monster Within:  Examining Monstrous Archetypes in Planetary, by Ross Payton
* Planetary and Decompression, by Patrick Meaney
* The Ideal and the Strange:  Order Vs. Freedom in Planetary, by Peter Sanderson
* The Man Who Knows the Game, by A. David Lewis (viewing Planetary as a game that begins with Elijah Snow’s white suit)
* Apocrypha or Canon?  Fitting the Three Crossover One-Shots into Planetary, by Chad Nevett
* Appendix:  Sequencing Planetary, by Julian Darius (a suggested reading order for Planetary’s 31 stories)
No Planetary fan or comics scholar should go without this critical analysis of one of the best series of the 21st century.  (Softcover, 6”x9”, 188 pgs, B&W, $19.95 cover price, ISBN 9780578077017.)
– – – – – – – – – –
THE YEAR OF WARREN ELLIS: Keeping the World Strange is the first offering from Sequart’s “2011: The Year of Ellis” campaign, which includes two other books (Shot in the Face:  A Savage Journey to the Heart of Transmetropolitan and Voyage in Noise:  Warren Ellis and the Demise of Western Civilization) and the documentary film Warren Ellis:  Captured Ghosts.
– – – – – – – – – –
NOTE: Don’t assume your comics store will order copies – some stores might not even notice it in the catalog. The best thing you can do is tell your local retailer ASAP (they have to place orders before the end of March) that you want them to order you a copy. And because we’re buried in the catalog, it might help to give them the book’s order code, which is MAR111401.
LEGAL DISCLAIMER: Planetary and related characters are trademarks of DC Comics. This book is not endorsed by DC Comics.