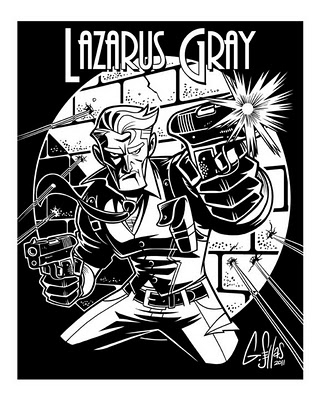 Veteran pulp author Barry Reese is hard at work on DIE GLOCKE, a novel starring his popular Lazarus Gray character. The novel will pit Lazarus and his aides against several returning villains, as well as a few new ones, in an adventure that takes the heroes out of their usual Sovereign City setting and sends them around the globe. Accompanying Reese on this journey will be artist George Sellas (http://georgesellas.deviantart.com/).

“George is a tremendous artist and he brings an exciting sensibility to Lazarus Gray and the other characters. I think people are going to be blown away by the finished product!” 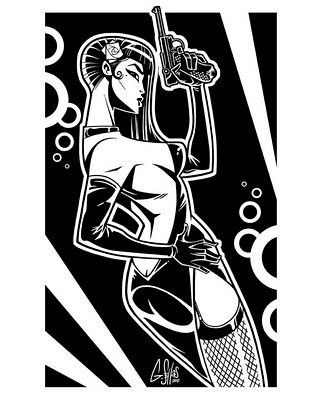 2011 is shaping up to be a big one for the Lazarus Gray character. Pro Se Productions will be releasing a collection of short stories featuring the hero and Gray will also be appearing in THE ROOK VOLUME SIX, appearing alongside the title character. DIE GLOCKE will follow later in the year.