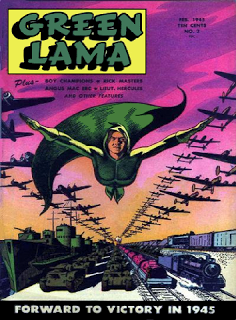 The Phantom Detective. The Woman in Red. The Domino Lady. Secret Agent X. The Black Terror. Airboy and Valkyrie. The Flame. Ms. Masque. Beginning in 2011, these classic pulp heroes and comic book characters from the 1930’s and 1940’s will come to audio drama for the first time in brand new stories from today’s leading pulp authors as The AudioComics Company presents its follow-up project to their critically-acclaimed adaptation of Elaine Lee and Michael Kaluta’s Starstruck: the MEN OF MYSTERY series.For these stories, we’re keeping these characters rooted in their origins and time periods: Hammett’s San Francisco and Chandler’s Los Angeles. California in the dirty thirties and forties was the new wild west: immoral, violent, and wearing the white hat and a badge didn’t mean you didn’t have suspect motives. With the lines so badly blurred, the only way to meter justice was behind a mask. Furthermore, characters such as The Black Terror and The Flame will be written with a ‘pulp sensibility,’ as if they were originally written as pulp heroes. Men of Mystery adventures will feature all of the suspense, all of the hard-boiled action, and the breakneck cliffhanger energy of classic movie serials.

Writers and CD/Mp3 artists will be announced in the new year, with recordings commencing in late 2011 in San Francisco, beginning with several new Green Lama and Domino Lady stories. MoM plays will be released first as pay-per-download Mp3 serial recordings and then to community radio stations, with collected compact disc “audiothologies” available starting in 2012. In addition, The AudioComics Company will release several free short MoM pieces as digital content for mobile phones.

BUCK ROGERS MEETS BARBARELLA MEETS THE HITCHHIKER’S GUIDE TO THE GALAXY…THE OFF-BROADWAY SCIENCE FICTION COMEDY THAT SPAWNED A COMIC BOOK REVOLUTION HAS TO COME TO AUDIO! WRITTEN BY ELAINE LEE WITH SUSAN NORFLEET AND DALE PLACE, FEATURING CHARACTERS FROM THE COMIC BY LEE AND MICHAEL KALUTA. CURRENTLY ON COMPACT DISC AND PAY-PER-MP3 DOWNLOADS, STARSTRUCK WILL RIDE THE RADIO WAVES THIS WINTER!
The basis for the critically acclaimed comic book series, Starstruck was first presented off-off-Broadway in 1980, and again off-Broadway in 1983. In a far-flung and very alternative future, Captain Galatia 9 and the crew of the Harpy and on a mission for the United Federation of Female Freedom Fighters. When the Harpy runs into a living ship inhabited by a team of galactic evildoers, including Galatia’s insidious sister Verloona Ti, the outcome of the battle may well decide the fate of the free universe. The AudioComics Company is proud to present the audio adaptation of the play script as its inaugural production! Often hilarious, always surprising, Starstruck is a spine-tingling joy-ride to the far side of the spiral arm!
Share