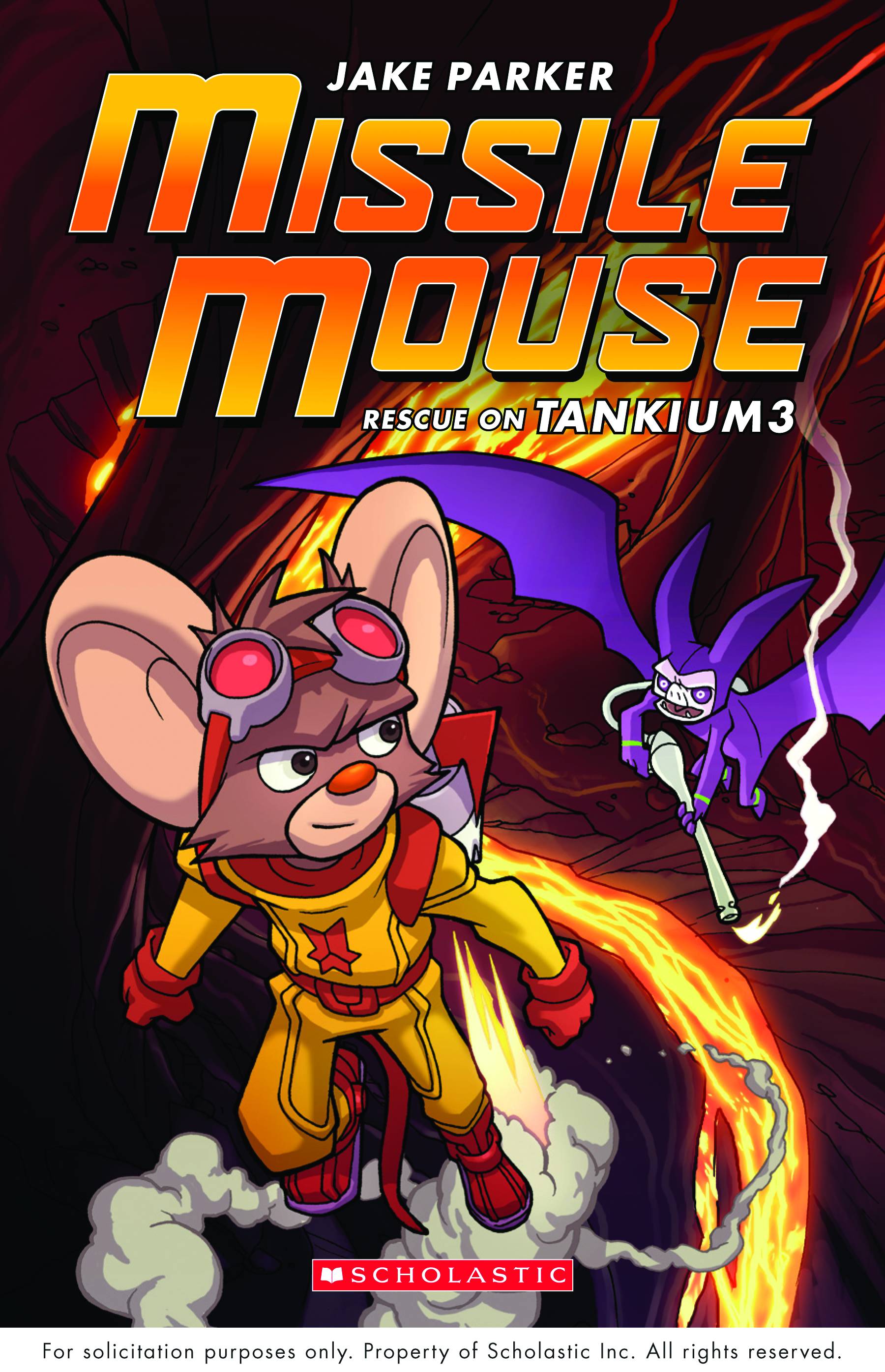 Aimed at readers 7-9, Missile Mouse is a cute, bright and colorful space adventure series. Jake Parker, who works at Blue Sky Studios, home to the [[[Ice Age]]] movies, certainly knows how to tell a story and create visually interesting worlds.

His first offering, last year’s [[[The Star Crusher]]], introduced us to the maverick law-enforcement agent, Missile Mouse, who works for the Galactic Security Agency. Why he does not wear their uniform or follow the rules is never explained but clearly he’s one of those can-do heroes despite fighting with the higher ups.

Parker has publically stated his love for creating the worlds and races that make up the Galactic Union but while they look interesting, they’re thin as paper with no depth to them. The first book was wall-to-wall action with a mystery that was obvious. This time, it’s an equally obvious straight adventure with 10 page left over for character designs and background to some of the races seen in the story.

For the second mission, Missile Mouse has to find out who has been enslaving the residents of Tankium3. The world is significant because it is the only one with an element needed for the commercially successful Cosmic Cola. Our hero is paired with a GSA robot, Unit 44, despite his dislike for mechanical agents who only see the world in their binary programming. Of course, he learns a valuable lesson along the way.

In the course of 160 pages, Parker rushes us from thrill to thrill but it’s all surface. We never get to understand the culture of Tankium3 let alone how the Galactic Union works and how King Bognarsh enslaved a planet with no one noticing. There’s a lack of distinction and originality to the storyline and storytelling that keeps this franchise from being anything more than mildly entertaining.