Review: ‘Batman Beyond the Complete Series’ 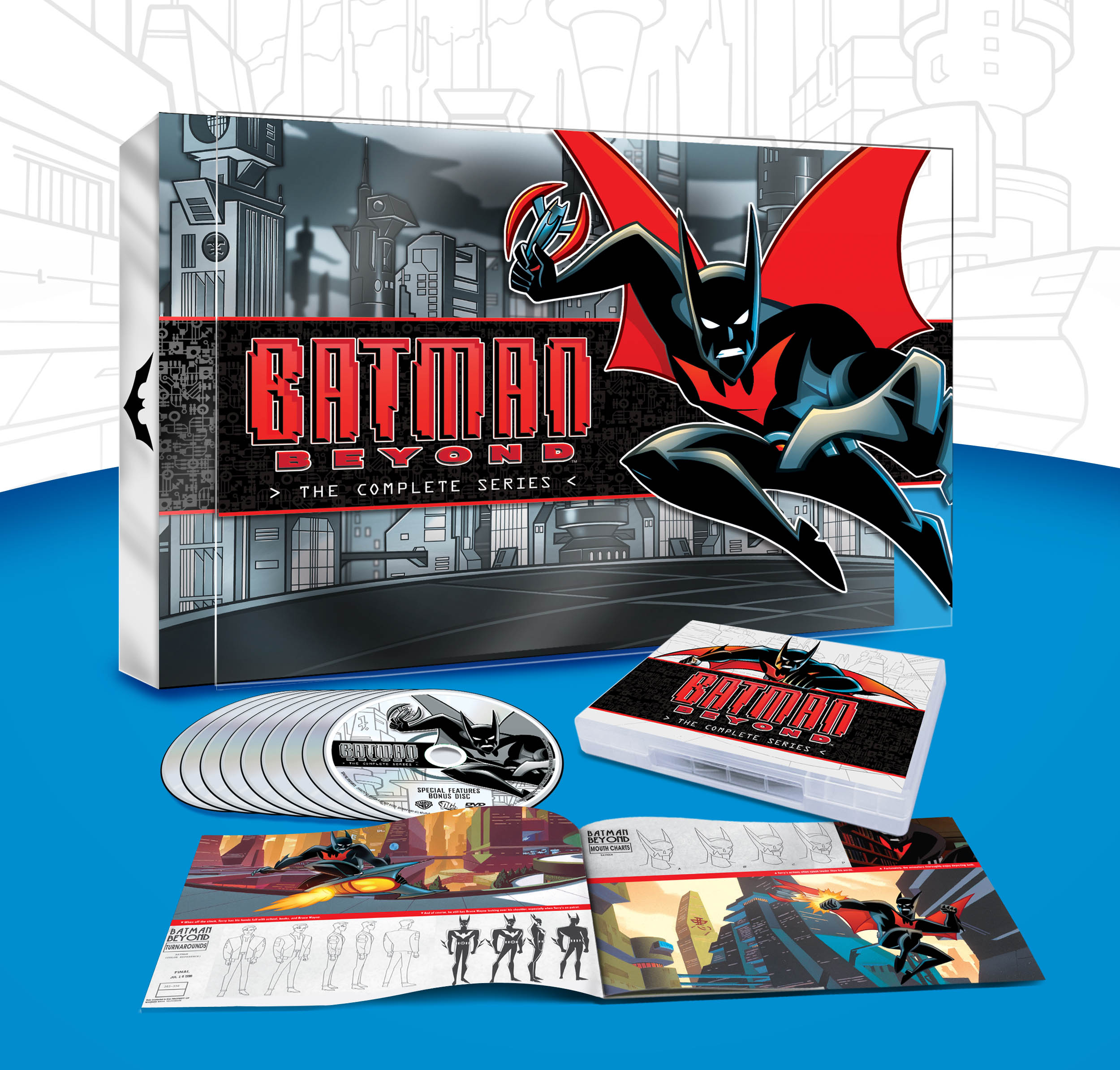 I admit to being leery when Warner Animation announced their plans to follow the  amazing [[[Batman the Animated Adventures]]] with a next generation hero called [[[Batman Beyond]]]. After all, it was a clear departure from the source material and there was no knowing how this would work.

As it turns out, there was little to fear. The series, which ran from January 1999 through December 2001, honored the past and showed us a future Gotham City that still needed a Dark Knight. Rather than just add wrinkles and gray hair to all the familiar figures, things have changed. Dick Grayson seems to be gone, Alfred and Jim Gordon are dead with Barbara Gordon now the police commissioner. And sitting in the gloom of Wayne Mansion is a still-angry, infirm Bruce Wayne.

He knows there’s work to be done and in time, targets teenager Terry McGuinness as his successor. The youth has just lost his father to violence and Wayne’s appeal sounds logical so he signs on to don a high-tech cowl, sans cape. With Wayne barking orders in his ear, Terry is the new Batman, instilling fear in the hearts of 21st century criminals.

The series lasted a strong 52 episodes plus spawned a direct-to-video film and the character wound up on other series such as [[[Static Shock]]] and was given an epilogue in episodes of [[[Justice League Unlimited]]]. There was even the tangentially-related spinoff [[[The Zeta Project]]].

Obviously the brain trust that included Bruce Timm, Alan Burnett, Paul Dini, Dwayne McDuffie, and Glen Murakami rose to the occasion, taking everything they learned from their previous efforts and poured it into this series. The future was recognizable with sleeker architecture that cast new shadows on the city’s streets. The miniaturization and sophistication of the gear was not stretching the imagination and the new sorts of threats owe a nod to the rogues of the past but were fresh menaces.

Today, Warner Home Video has released the long–awaited [[[Batman Beyond the Complete Series]]] in a nifty box set. You get all three seasons of the series and the original extras plus a bonus disc. Tucked within the box is a nice 24-page booklet with character and set designs and some glimpses into the process. The box is slipped inside a plastic wrap that approximates animation cels and makes this a lovely package, perfect for the holiday season.

The episodes look great on DVD and the stories hold up after all these years.

There are three new featurettes all running about five minutes each, which looks back at the show’s origins and the thinking that went into the series’ design and architecture. You don’t learn a lot that’s new but the creators’ affection for Terry and his world is clear. There is also the 75th anniversary documentary [[[Secret Origin]]], which is nice but it would have been nicer to have the episodes and movie that Terry’s Batman appeared in, making this a real complete set.