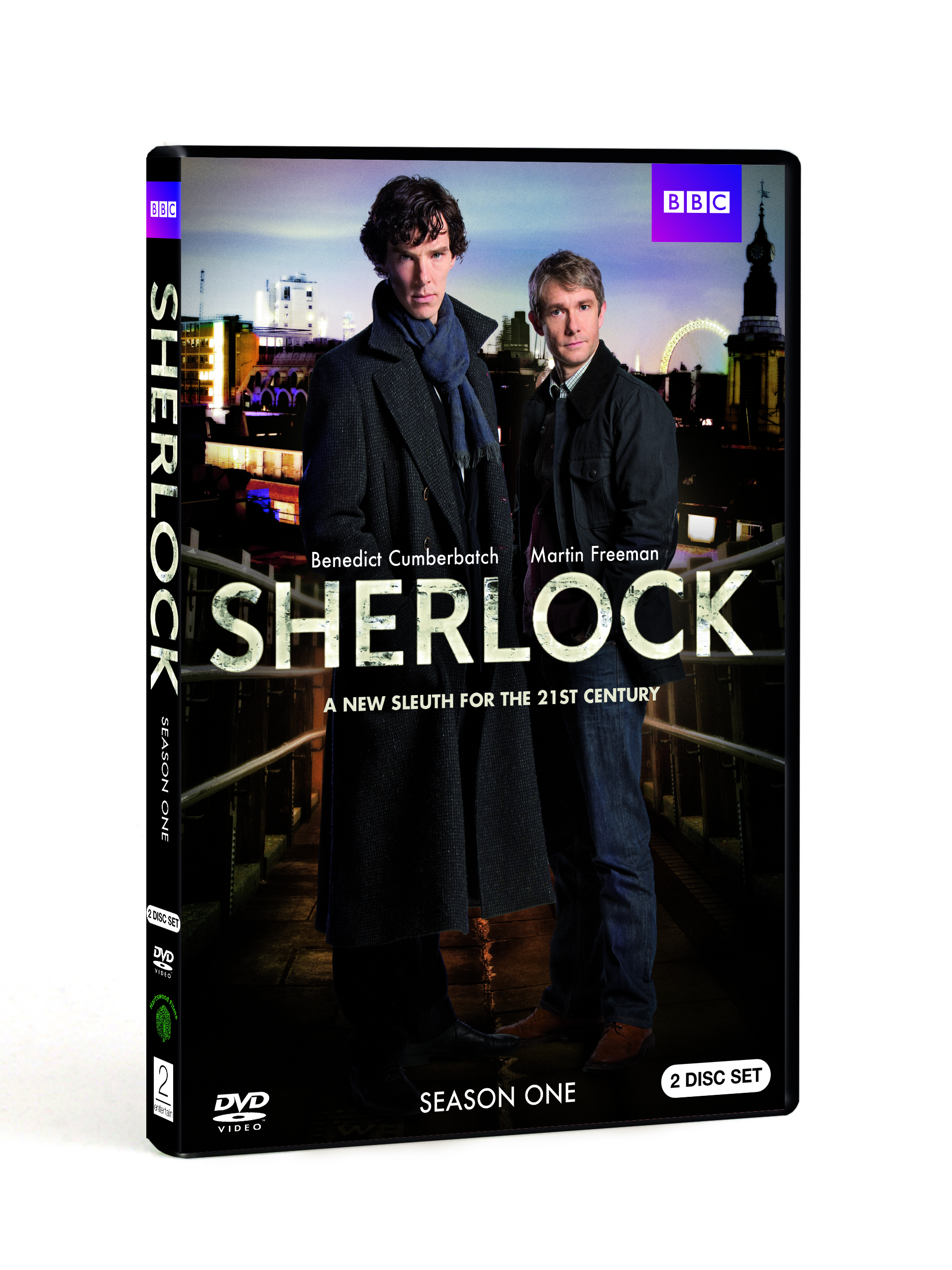 It has been a very good year for producer Steven Moffat. He took over [[[Doctor Who]]], hired Matt Smith (after rejecting him for Watson) to replace the incredible David Tennant and kept the show high in the ratings. He has proven exceptionally versatile with the recent [[[Jekyll]]] miniseries, wrote the script for [[[The Adventures of Tintin]]] for Peter Jackson and Steven Spielberg and now has updated [[[Sherlock Holmes]]]

Arthur Conan Doyle’s indelible detective has survived pastiche, parody, and endless retellings of the classic stories. Moffat and Mark Gatiss took all the trappings and characters bringing them to the 21st Century. Dr. John Watson arrives after a tour in Afghanistan (some things never change) and meets Holmes, moving in with him at 221B Baker Street. Instead of a journal, Watson blogs about their cases and marvels at Holmes’ disinterest in the extraneous, even things like who is the current Prime Minister.

Benedict Cumberbatch is a strong Holmes, with an intense gaze and unshakeable focus making him reminiscent of another famous figure who stands apart from humanity, a certain Spock. He’s fortunate to be matched with Martin Freeman’s even-keeled Watson. They make a very enjoyable duo.

His intellect needs to be constantly engaged or he fears slowly going mad, using Watson as his tether to the world he seeks to protect. Watson craves a normal life, dating Sarah (Zoe Telford), a doctor, and making a respectable living. As a consulting detective, Holmes continues to take on cases, earning him the respect of DI Lestrade (Rupert Graves).  The only downside to the updating is that by placing Holmes in 2010, it oddly echoes [[[Fox’s House]]], which is directly inspired by Holmes with both figures driven and detached from mankind.

The three episodes that aired on the BBC over the summer and just completed a run on PBS are now available on a two-disc set from Warner Home Video/BBC Video. The roughly 90 minute stories give all the characters plenty of room to breathe while letting Holmes investigate his mysteries. Behind all three is the invisible hand of Moriarity, who finally reveals himself in time for the finale. The good news is that a second season of three episodes will arrive in fall 2011.

The stories, including “A Study in Pink” written by Moffat, are involving and enjoyable, requiring you to keep up and pay attention. The discs are complemented by the original 60 minute pilot, which was produced in January 2009 and was so well received by the BBC that they ordered 90 minute shows requiring them to rework and reshoot the story. It’s an interesting comparison. There’s also a 32-minute behind-the-scenes look at production of the trio of stories which is interesting. You can watch “A Study in Pink” with commentary by Moffat, Gatiss and Sue Vertue, while Cumberbatch, Freeman and Gatiss can be heard during “[[[The Great Game]]]”.