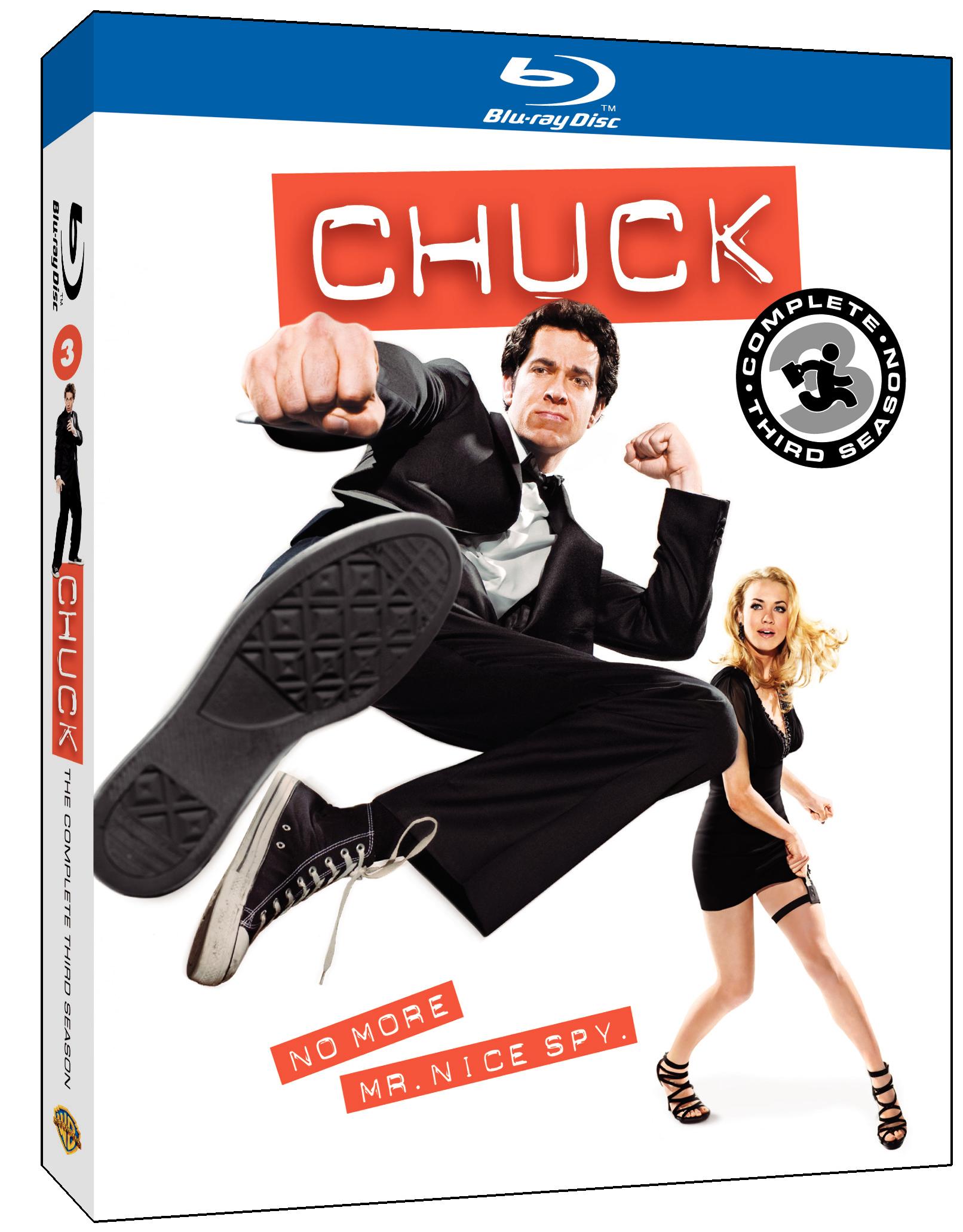 [[[Chuck]]] is the ultimate fanboy dream television show. We all wish we could be accidentally zapped with the Intersect and be a walking computer, filled with espionage details. This way, we too could be protected by the CIA and NSA in the form of the rough Colonel John Casey and the gorgeous Sarah Walker. The show’s producers know this and Josh Schwartz and Chris Fedak have carefully built up the television series reeling in the fans and finding new ones along the way with a delightful mix of humor, action and pathos.

The show, though, has never been a ratings hit and NBC has been cautious with its episode orders so there has always been a campaign to ensure the series is renewed annually. Last year, a 13 episode commitment and a spring debut seemed to be the most the Peacock Network would offer up and the producers made certain each episode would further the theme. If season one was about the boy, then season two was about the boy becoming a man and season three was all about the man becoming a spy. When [[[Heroes]]] tanked early, NBC rushed Chuck onto the schedule earlier than expected and an additional six episodes were ordered, giving the producers more room to play with.

The results can be found in the excellent [[[Chuck the Complete Third Season]]], now out from Warner Home Video. All 19 episodes are included along with a handful of bonus features and they’re well recommended.

Season recap and spoilers ahead…

As the season opens, a new iteration of the Intersect has given Chuck
the ability to temporarily access training programs so he can be adept
at Korean or kung fu or knife throwing. This means he’s ready to be a
more active member of the team and begs to be a part of it. Throughout
much of the season, the team is complemented by Shaw, the agent who has
been track the evil Ring for the last five years. He becomes a romantic
rival for Sarah’s affections until he learns Sarah killed his wife as
her Kill Mission earlier in her career. Shaw’s turn from hero to rogue
is nicely handled and Brandon Routh shows us he really can act.

Morgan,
Chuck’s best friend, finally learns the truth about Chuck’s activities
and has declared himself the Alfred to Chuck’s Batman. Casey is assigned
to train the height-challenged geek which became a nice running gag.
Counterpointing all that is Captain Awesome’s uneasiness with keeping
Chuck’s secret, especially after getting a taste of the spy life. He
whisks his wife Ellie away, but she’s concerned that her husband and her
brother Chuck are keeping secrets from her and Ellie learning the truth
is the focal point of those final six episodes.

The producers
have wisely continued to advance the storylines and characters, letting
them grow and develop. We finally learn Casey’s backstory and meet his
daughter, who will become a recurring member of the cast this season.
The biggest news, though, is that Chuck and Sarah finally admit their
feelings to one another and become a couple, prompting the perpetually
scowling General Beckman to say, “It’s about damn time.”

By now,
this is a well-oiled cast and they clearly are having fun together.
Zachary Levi’s Chuck is wonderful to watch go from geek to suave spy.
He’s ably aided by Yvonne Strahovski as the beautiful Sarah and the
always amusing Adam Baldwin as Casey. The Buy More misfits, which are
occasionally overplayed to the series’ detriment, are headed by Joshua
Gomez’s Morgan and the odd pair of Jeff (Scott Krinsky) and Lester (Vik
Sahay). Guest stars such as Kristin Kreuk, Scott Bakula, Swoosie Kurtz,
and Fred Willard keep everyone on their toes.

Given the extensive
extras on the two previous sets, there’s little surprise there are far
fewer this time around. Most episodes come with “Declassified Scenes”
and there’s a nice, lengthy Chuck Fu…and Dim Sum Become a Spy Guy. We
hear from the cast and crew about shaping and extending this third
season. There’s a mercifully brief mockumentary The Jeffster Revolution
and a Gag Reel. On Blu-ray, everything is crisp and sharp and wonderful
to rewatch.

If you’re new to Chuck, then this is a Must Have primer. Meanwhile, I’m eagerly awaiting the show’s return on September 20.