Review: ‘Batman: The Brave and the Bold Season One, Part One’ 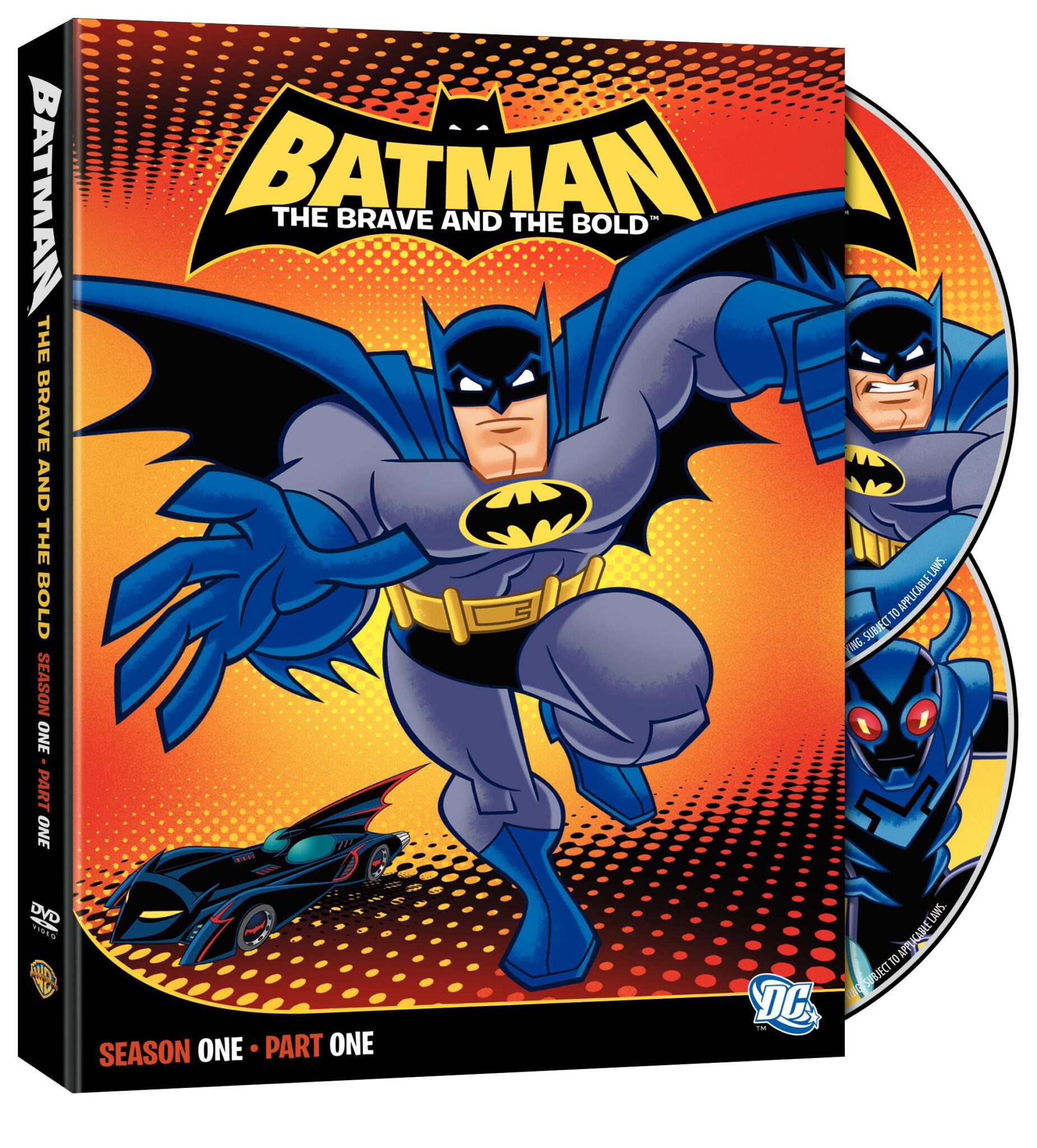 Growing up in the 1960s, DC’s super-heroes were proud to don their uniforms and battle for truth, justice, and the American way. They had a relatively easy camaraderie with one another and they used their wits and their powers to get out the devilish death-traps they inevitably found themselves in every now and then.

While DC’s heroes and villains have been successfully translated to animation through the years, none have quite captured that colorful joy in being a super-hero. As successful as Warner Animations[[[ Batman]]], [[[Superman]]] and [[[Justice League]]] have been for the current generation of fans, [[[Batman: The Brave and the Bold]]] is the show that those of us from an earlier era have been waiting for. No Wonder Twins, no Wendy & Marvin – our heroes and villains doing what they do best.

The first thirteen episodes of the Cartoon Network series are collected on Batman: The Brave and the Bold Season One, Part One. The two-disc set, without any extras whatsoever, is being released Tuesday and is a joy to have. Producers James Tucker and Michael Jelenic have designed a show that celebrates the heroic and it is brighter, jazzier, and in many ways more action-packed than its predecessors. Each episode opens with a teaser that shows the conclusion of another successful team-up between Batman and a member of the heroic community then we get a complete tale with a different collaboration.

The show has taken great pains to explore the far-reaches of the DC Universe, across the stars and through the years. As a result, one never knows who will be seen next which brings a sense of delight to the viewing experience. Batman is equally comfortable in the past, fighting Morgaine le Fey alongside Etrigan the Demon, as he is battling in the years of the Great Disaster, aiding Kamandi, the Last Boy on Earth. The writers have demonstrated not only a keen understanding of the core elements that make each hero and villain distinct, but adapts them well to television in order to avoid having them appear too similar to one another. The exception is Green Arrow, and the rivalry between the two heroes provides some welcome comic relief. Aquaman, king of the seven seas is also seen as a dim blowhard, eager for an adventure, always struggling to come up with an engaging name for it.

About the only adaptation that has failed to work for me is portraying Metamorpho, Black Lightning and Katana – the Outsiders – as a group of snotty teens. The most successful might be Jaime Reyes, the current Blue Beetle, who is one of the most frequent guest stars and is seen as a hero in training, struggling to gain the respect and approval of his mentors.

While bright and shiny, they still show death and its ramifications, as witnessed by the recap of Bruce Wayne’s youth and other random, senseless acts of violence. Batman has overcome those dark days and is a tireless, driven crimefighter, ready to take on any threat. His square-jawed design is evocative of how he was depicted by the likes of Sheldon Moldoff and Mike Sekowsky in the early 1960s, just before the “New Look” era began. The one element I feel does the show a disservice is the ability for his cape to morph into a jetpack while the Batmobile is an all-in-one sea to surface to air vehicle. While these are lovely animation shortcuts, they take us a step beyond the Batman they are celebrating.

And don’t think its all adventure as many stories also deal with emotional themes such as Red Tornado’s quest for humanity and Wildcat struggling with age.

The first half season ends with a two-part visit to a parallel world and the Injustice Syndicate, as batman struggles to fit in disguised as his counterpart Owlman. As one would expect justice triumphs but not without putting up a vigorous fight.

This set is a welcome addition to the DC video library and comes well recommended.