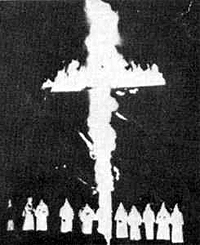 You’ve probably
heard of Fred Phelps and his Topeka Kansas Westboro Baptist Church. He and his followers have well-earned a reputation as the most notorious, tasteless bigots in America. They get their thrills by showing up in force at funerals to protest the lifestyle or the politics of the diseased. These un-American vultures prefer going to funerals of gay American servicemen who were killed in combat overseas. They also protest at the funerals of those who “tolerate”
homosexuality. Just ask the family of the late Meet the Press host Tim Russert, who also committed the additional
crime of being Catholic.

It turns out they don’t like comic book fans either.

These astonishing assholes will be showing up in force on Thursday, July 22 at the San Diego Comic-Con from 1:15 pm to 2 p.m. I guess they’re on a tight schedule.

Why, you might ask. Here’s what it says on their website and, no, I’m not going to give you the link. You’ll have to Google this latest bit of hate-thy-neighbor.

“They have turned comic book characters into idols, and worship them they do! Isaiah 2:8: Their land also is full of idols; they worship the work of their own hands, that which their own fingers have made. Isaiah 2:9: And the mean man boweth down, and the great man humbleth himself: therefore forgive them not.

“It is time to put away the silly vanities and turn to God like you mean it. The destruction of this nation is imminent – so start calling on Batman and Superman now, see if they can pull you from the mess that you have created with all your silly idolatry.”

Previous to this announcement, my contempt for these lowlife scum knew no bounds. Now it’s actually gone into the 4th dimension: I hate their fathers for getting all liquored up, going home, raping their mothers and producing a movement unseen since the Reichstag fire.

But that’s just me. What do you think?