Review: ‘Clash of the Titans’ on Blu-ray 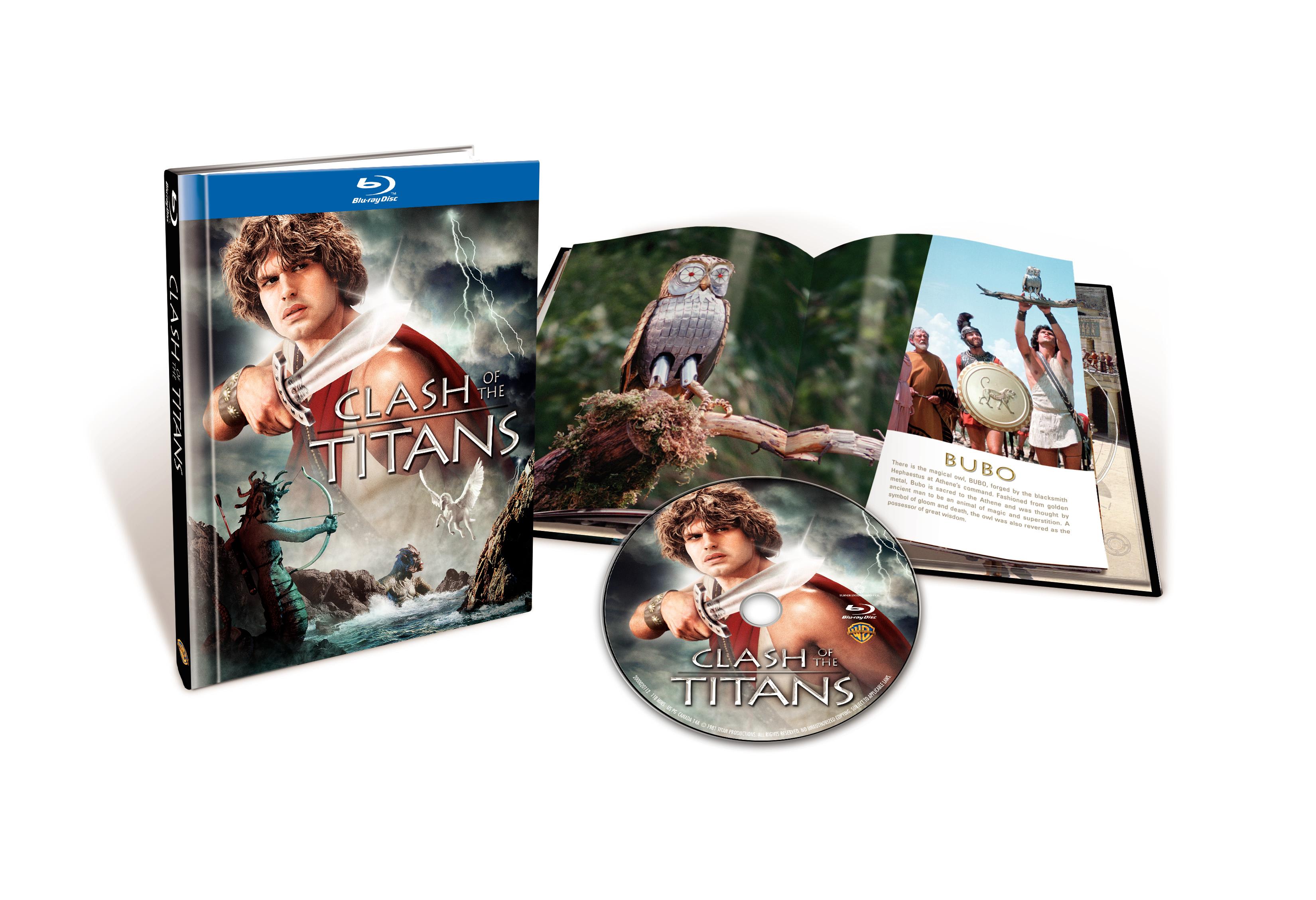 Filmmakers like Steven Spielberg and George Lucas grew up fascinated by the amazing stop-motion magic from model maker Ray Harryhausen. His films were cutting edge forays into the realms of monsters, science fiction, and fantasy for decades. His Jason and the Argonauts remains one of the best Greek myths brought to film and his work only got better through his Sinbad films.

By 1981, though, Lucas rewrote the special effects rulebook with [[[Star Wars]]] followed soon after by Spielberg’s [[[Close Encounters of the Third Kind]]]. The effects were aided by computers, the model makers improved the technology and the scripts grew stronger and more sophisticated.

As a result, when Harryhausen unleashed Clash Of The Titans

in the summer of 1981, it was not well received by an audience who considered his work a thing of the past. Despite its all-star cast, the movie featured a then unknown Harry Hamlin in the lead and the sum of the parts proved disappointing despite it finishing the year 11th at the box office. It would prove to be Harryhausen’s final feature film and a disappointment way to say farewell to his fans.

The movie has served as fodder for the 3-D remake coming this spring so Warner Home Video has dusted off the movie and is releasing it in Blu-ray on Tuesday.

Harryhausen eschewed the computer technologies available to him and did it the old fashioned way so while his creatures were interesting to look at, their stilted movements looked terrible and worse, dated. Similarly, at a time when Industrial Light & Magic showed what can be done on film, Harryhausen and director Desmond Davis chose to use substandard blue screen, double-exposure and poor matte paintings to achieve the effects. The entire film looked cheap and frankly, something that would have been more engaging a decade previous.

These are the Greek gods playing games with mortals. The politics of the gods is fascinating subject matter and in strong hands, can be compelling. Instead, screenwriter Beverly Cross served up a rehashed story that never delved into the character or their motivations. They were like Zeus’ clay pawns, moved on a chess board to advance the story.

Davis was clearly not a good director as he got wooden performances from a cast that included such heavyweights as Maggie Smith. Claire Bloom, Burgess Meredith, and Sir Laurence Olivier. Nor could he get anything subtle from Hamlin, who developed far better acting skills on television soon after. He also settled for horrible sets so Mount Olympus looked like a schoolhouse production, lacking grandeur and scale. Thankfully, the location shooting around Europe made Earth seem a far more interesting place.

And while Harryhausen swears the mechanical owl Bubo was conceived long before R2D2, it is hard to believe. Once that droid rolled across the screen, most genre productions had cute robotic companions much to the detriment of the stories. It’s no different here and a real let down from someone far more imaginative as was Harryhausen.

The Blu-ray edition is lackluster in that the original film seems to have been barely touched for the upgrade. Inconsistent film stocks look worse in h-def and the transfer is competent at best. The audio is fine although it shows us how dated even Laurence Rosenthal’s score was, shamed by John Williams and a new generation of composers.

The disc comes with two extras culled from the 2002 DVD release so if you have that edition, you can skip this one. The disc comes with an extended look at the new film and while the effects and creatures look impressive, and it has a nicely pedigreed cast, it also looks to lack the same depth of character that helped spoil this film.

The packaging is nice, though. Similar to the recent [[[North by Northwest]]], the disc is contained in a bookcase, with a 48-page booklet containing actor bios and a short article on Harryhausen’s amazing career. The package also contains a discount movie ticket for the remake.