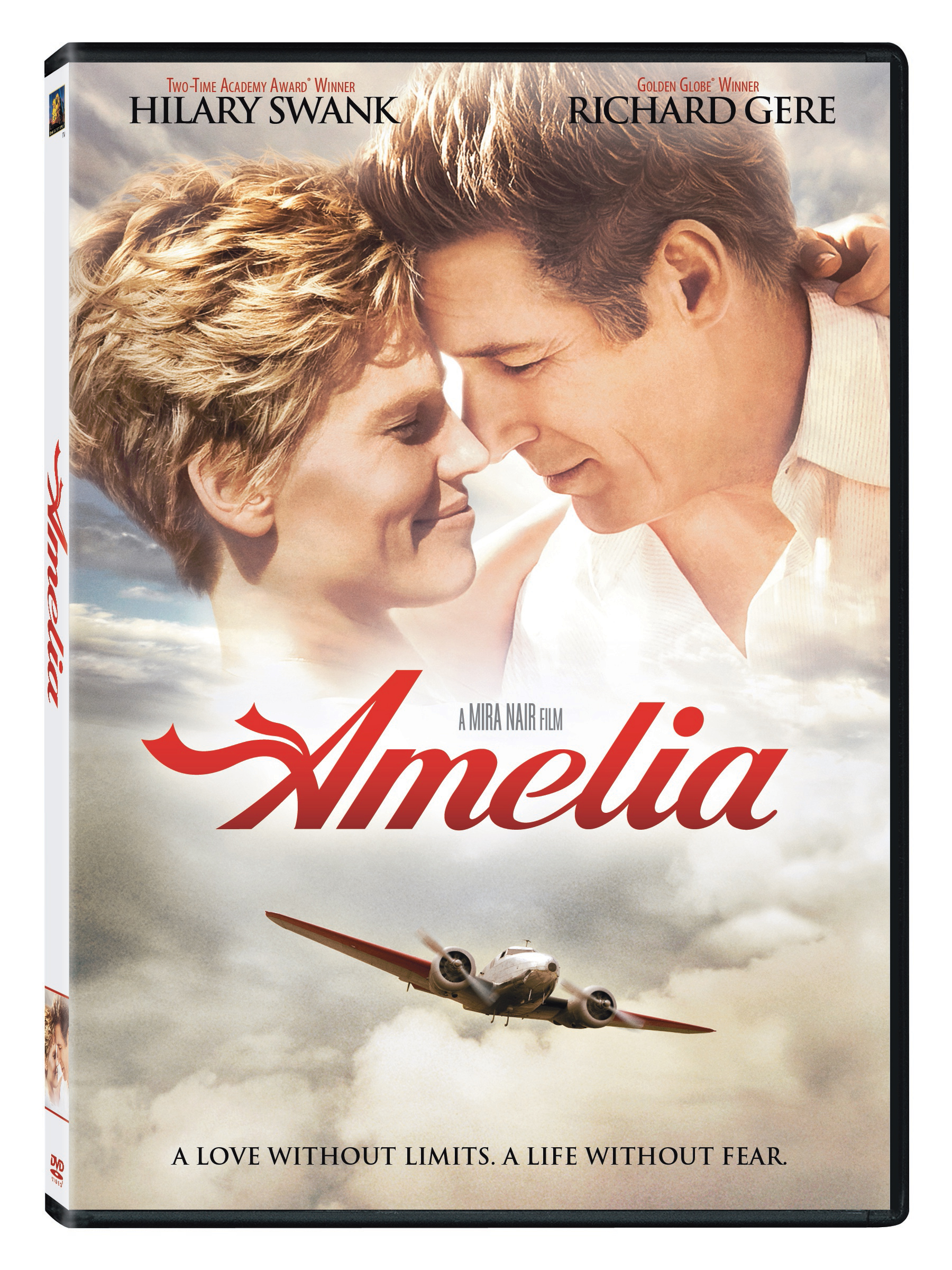 America loved [[[Amelia]]]] Earhart, as much for her pioneering work in the sky, but for being a woman of accomplishment at a time women were still getting used to having the right to vote. She was celebrated in book, story, and song up to her disappearance over the Pacific Ocean in 1937. Since then, her story has been told and retold numerous times and the woman herself has been portrayed by the likes of Rosalind Russell, Diane Keaton, and Jane Lynch. On [[[Star Trek: Voyager]]] she was portrayed by Sharon Lawrence and most recently, Amy Adams displayed her as a plucky, ready-for-action woman in [[[Night at the Museum 2]]].

But, until Hilary Swank was cast as Amelia in the recent Mira Nair film, it had been some time before her story had been explored on screen. It’s a shame that the movie wasn’t a better, more engaging product. Swank is picture perfect as Earhart and Richard Gere was well cast as her husband G.P. Putnam.

The movie, out now on DVD from 20th Century Fox Home Entertainment, is solemn and sucks the joy out of flying and doesn’t really let us into Earhart’s mind. Instead, the movie goes through the motions but the motivations and emotions are all kept at a distance. Structurally, her fateful final flight is intercut throughout which is a nice concept but really interrupts the flow of the film itself.

While she goes from passenger on her maiden trip over the Atlantic to full-fledged pilot on her next outing, we never see her train or work at aeronautics. Meantime, the plans she takes up grow more sophisticated and no doubt more challenging. The movie does a better job showing how Putnam, already a successful publisher, reaps a tidy sum from endorsement deals. He says it’s to invest in her career but it’s told, not shown, violating one of the storytelling rues Also, her affair with Gene Vidal (Ewan McGregor) is present but we never understand how she recoils her feelings for both men and why she ultimately chooses to stay with Putnam. The movie also addresses the rumor of her affair with navigator Fred Noonan (Christopher Eccleston with a horrible American accent).

What makes the DVD worth checking out, though, are the archival Movietone film clips showing us the real media frenzy around Lady Lindy. The Blu-ray disc has plenty of these and they’re worth checking out. Also, the nearly 14 minutes of deleted scenes actually answers some of the questions above, making one wonder about how this was edited. There is also the by-the-numbers Making Amelia; The Power of Amelia Earhart which has everyone discuss the pilot’s significance; The Plane Behind the Legend, a nice piece on the final plane in her life; and Re-constructing the Planes of Amelia, which is for the model makers in the audience. The two-disc set comes with the requisite digital copy.

The video transfer is particularly crisp and a joy to watch, make one want to soar along with Amelia, something the film itself fails to do.