Review: ‘The Surrogates’ on Blu-ray 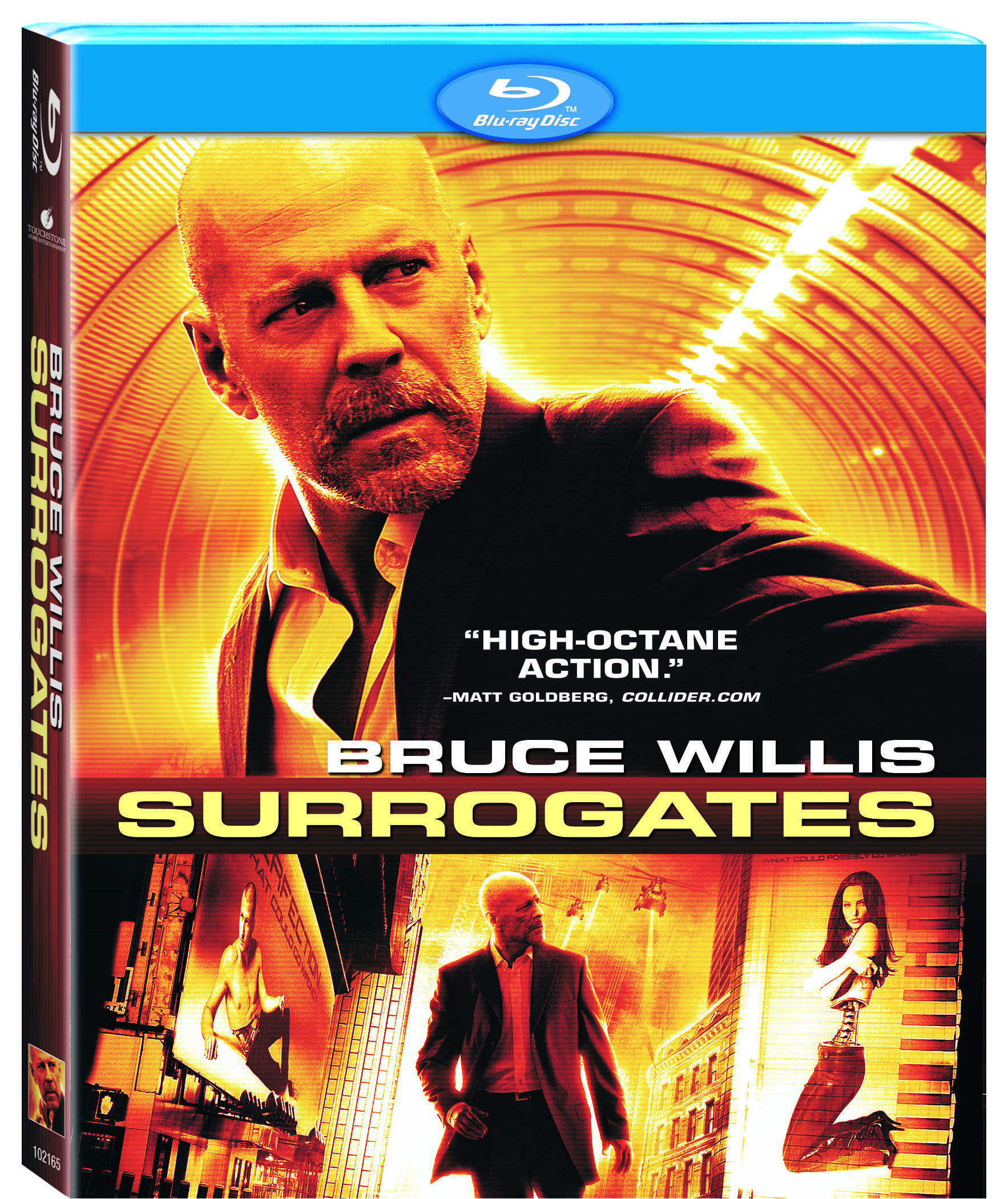 You have to admire Robert Venditti. He was working for Top Shelf, had an inspiration for a story examining how society could be changed if everyone used an avatar, a surrogate if you will, rather than interact with one another. Management loved the idea, bought the story and in 2005, The Surrogates

You have to therefore be disappointed by the Jonathan Mostow-directed film version of the graphic novel, Surrogates

, which fails to examine any of the fascinating ideas in detail, favoring a tired plot. The movie came and went fairly quickly in September 2009, garnering poor reviews and meager box office. In case you missed it, Touchstone Home Entertainment releases the home video version next week.

Staring Bruce Willis, Radha Mitchell, Rosamund Pike, Ving Rhames, and James Cromwell, one would have hoped for something deeper than what we were given. In a world we’re told has 98% of the population using surrogates — androids wirelessly connected to their human master – an unregistered surrogate is destroyed, killing its human, who turns out to be the son of the man who perfected the technology. Willis and Mitchell’s surrogates investigate and action ensures.

The graphic novel is set in 2054 while the film merely says fourteen years ago. Still, we know we’re in a near future and as imagined, little has changed except surrogates have filled the streets and subways and offices in lieu of real people. The nature of work and commerce seem unchanged. Leisure time is shown as merely an amped up version of today’s clubbing. In fact, it’s so much like today that one wonders if the surrogate program was a failure. After all, if surrogates are stronger, faster, more agile, and far more indestructible, that would change many things. Also, 98% of the world means the poor from other continents which in turn would change global politics.

Lots of great ideas, none of which are examined. Instead, you get hints of how surrogates are nothing like their hosts or idealized versions while people lie on special chairs, plugged in. We gain no knowledge of how that has changed people’s diet or health (one wonders about muscular atrophy, for example).

Willis’ surrogate is damaged early on and he’s forced to leave his apartment, including his wife who has retreated from reality in the wake of their son’s death years earlier. He’s disoriented at first, but he’s Bruce Willis and quickly adjusts so the investigation continues. His mission takes him the local enclave of those who reject surrogates, forced to live within a fenced portion of the city, where things are considerably less shiny.

In a brisk 89 minutes, Mostow favors action over substance, much as he did in [[[Terminator 3]]]. Everything is nice and shiny, well designed and things blow up real well. Unfortunately, the emotional heart and soul of the graphic novel has been excised.

The Blu-ray disc comes complete with four deleted scenes, including one that shows the surrogates’ prejudice towards a “meat bag” being among them. A great notion that should have been explored not dropped. There’s a 14 minute look at modern day robotics, A More Perfect You, showing how we’re well down the road towards building surrogates. A very brief feature interviews Venditti and Brett Weldele and talks about the graphic novel. A music video rounds things out.

Overall, a wasted cast and concept and a movie that can easily be dismissed.