Review: ‘Two Girls and a Guy’ on Blu-ray 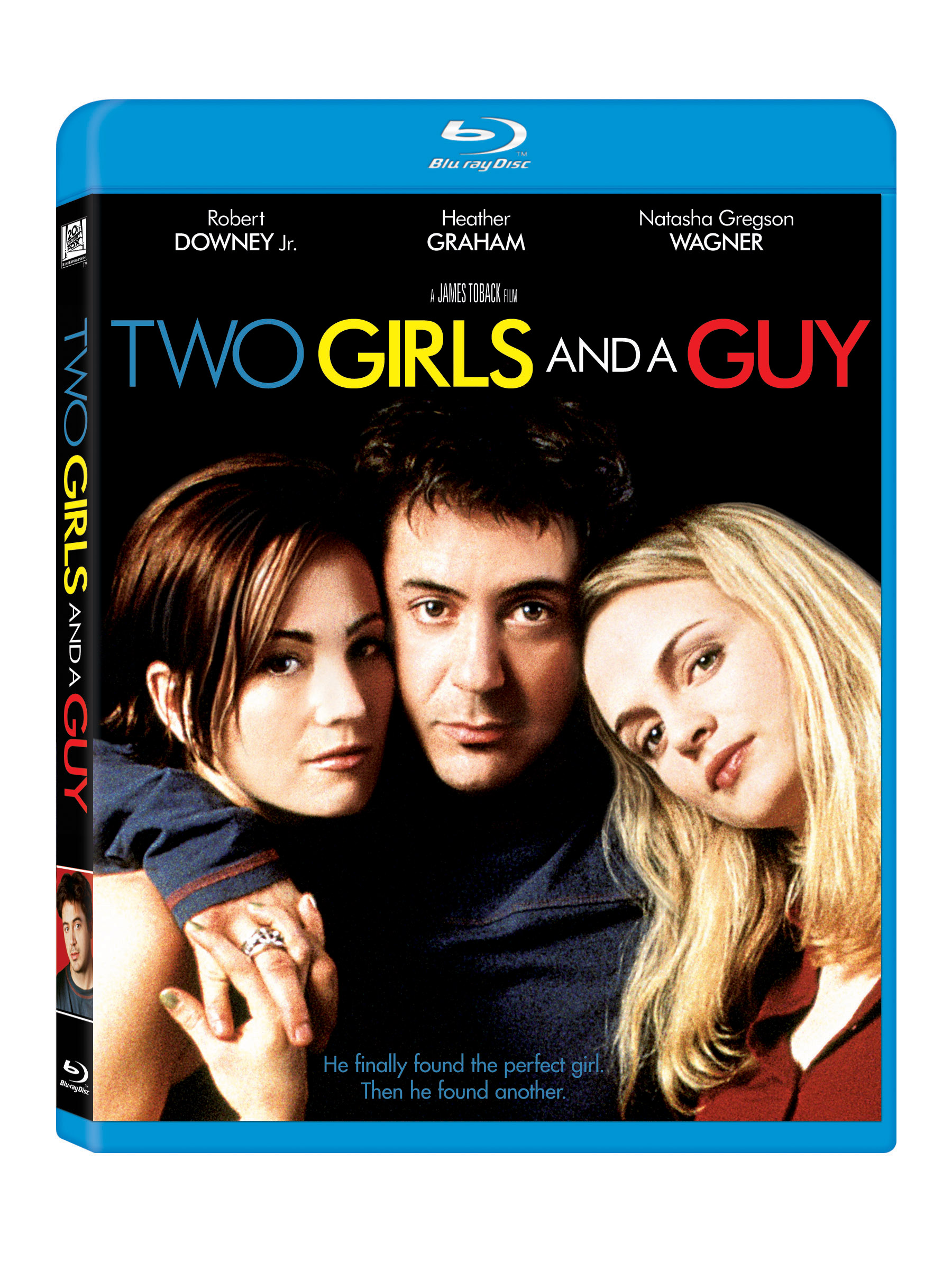 When an actor or director suddenly breaks out and gets hot, studios scour their vaults to see if there’s a way they can capitalize on this heat. Last year, Robert Downey, Jr. went from a troubled, gifted actor to a Super Star thanks to his performance in [[[Iron Man]]]. This week, 20th Century-Fox hopes to catch a break with the Blu-ray release of Downey’s 1998 film Two Girls and a Guy

Written and direct by James Toback, the film is virtually a real time three-person stage play on a film. In his self-congratulatory 20 minute conversation on the Extras, Toback talks about how he came to write the film, by beginning to imagine a setting. In this case, that’s the spacious loft apartment which became the set his performances would use. After that, he populated the apartment with his players.

We open with Natasha Gregson Wagner’s Lou and Heather Graham’s Carla standing outside the apartment building waiting for their boyfriend to return from trip Very quickly, they determine that the boyfriend in question is the same man, Blake. Once Lou breaks a window to access the apartment, they bond while laying in wait.

Blake arrives and immediately calls his mother, then Carla, then Lou, placing them in the exact order of his affections although that doesn’t become obvious until later as his lies comes to haunt him. The audience gets to see him in has natural state before the women reveal their presence one at a time, catching him in his 10 month-long web of lies.

Carla and Lou are very attractive women in vastly different ways, with Carla soft, brainy, and traditional while Lou is edgier, street smart, and sharp tongued. What’s interesting to Toback was exploring how the same words could seduce such different women. In fact, he finds great humor in this, despite none of that mirth making it onto the screen.

The 1:25 length of the film should allow all three to shine and strut their stuff, but despite the histrionics, the film feels cold and uninvolving. At no point does Toback allow Downey’s Blake to show us any redeeming qualities to demonstrate why they fall for him. As a struggling actor, Blake should not be able to afford such nice digs or afford two women but that’s never addressed.

Instead, the characters reveal their true selves while dunning Blake for obfuscating the truth while he continually denied doing anything wrong. The truth is the overall theme of the film as is the importance of honesty. All too often, though the film’s momentum is interrupted with Blake’s obsessing over his mother, which shows where his heart truly lies.

The sex scene earned the film an NC-17 rating and Toback’s appeals were rejected so he made edits. Interestingly, both versions are on the Blu-ray disc and they are both steamy and erotically charged without any nudity.

The original DVD commentary is provided and between that and the Toback interview, we learn how much was improvised despite the writer claiming the script wrote itself in a mere four days. As a result, one longs to see deleted or alternate scenes to see how the cast found their characters but alas, none are provided.

As the credits roll, one hoped for a more satisfying ending. I was unmoved by this potentially fascinating set-up despite some solid performances.