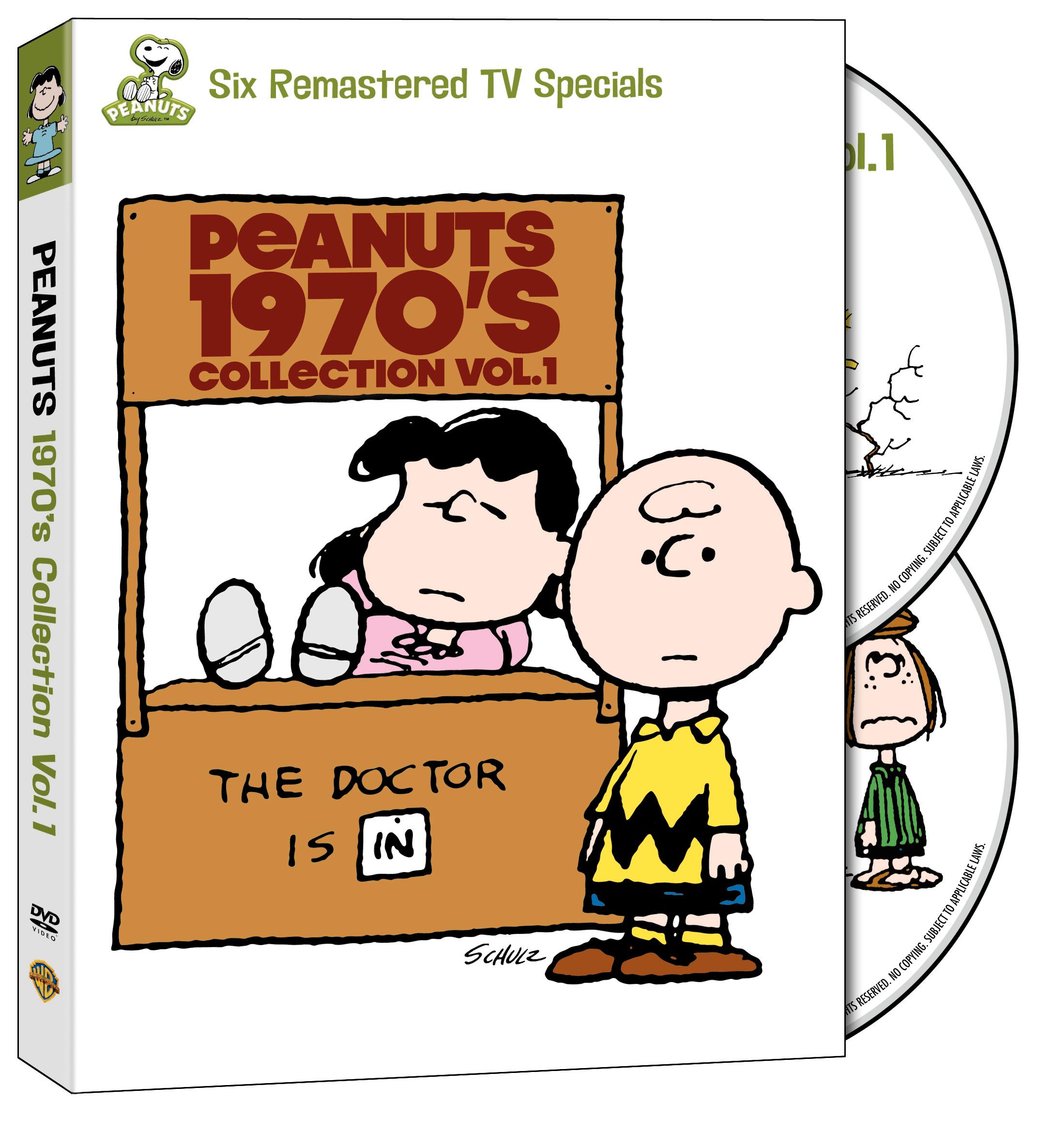 Charles Schulz always said he created his [[[Peanuts]]] strips adults but clearly, the comic strip struck a chord with readers of all ages so by the late 1960s, the franchise had become a pop culture hit with tons of merchandising. Notable among them were the television specials which continued for decades.

A key difference between the strips and the animated television fare is that the specials are clearly aimed at younger audiences whose demands on story logic are far lower. That could explain why several of offerings contained in [[[Peanuts 1970s Collection]]] cause you to wonder how things could be. The two-disc set, out on Tuesday from Warner Home Video (who kindly provided a review copy), contains the first six specials from the decade covering 1971-1974. Eight more are no doubt being saved for volume two.

As the 1970s arrived, Peanuts stopped being about the kids and their struggles with childhood and life itself. The existential suffering of Charlie Brown was slowly being replaced with the comical exploits of Snoopy, who had eclipsed his owner in popularity. At the dawn of the new decade, Schulz gave him a buddy, Woodstock the bird. More strip and screen time was taken from the kids and given to the pet buddies. For me, the strip suffered greatly and began its long slow decline in quality during this period.

In [[[There’s no Time for Love, Charlie Brown]]] and [[[A Charlie Brown Thanksgiving]]], the absence of adults weakens the overall story. The former story involves a field trip to a local museum where Charlie Brown needs to write a top-notch report to salvage his grades. Somehow, he and Peppermint Patty, whose school is also taking a trip, wind up in a supermarket and Charlie can’t seem to tell the difference. But, where are the teachers and parent chaperons? Similarly, the holiday episode has Patty, Marcy, and Franklin somehow manage to abandon their families, having invited themselves over to Charlie’s house for the traditional meal while Charlie is expected to travel with Sally and his parents to grandma’s house. At no point does it make sense these kids would be allowed to leave family traditions nor would Charlie’s parents actively allow him to prep a meal (albeit one consisting of toast, popcorn, jelly beans and pretzel sticks). There’s also something just plain wrong about watching Woodstock eat turkey during the end credits. 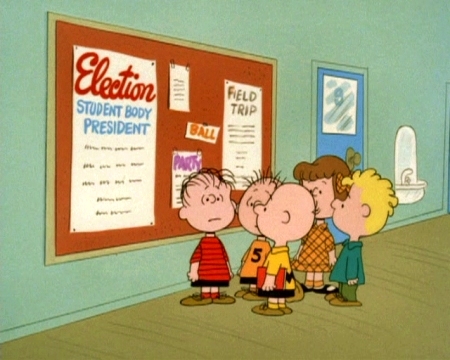 Stronger is [[[You’re Not Elected, Charlie Brown]]], which is actually
all about Linus’ campaign for student body president (not that they
have student body presidents in elementary school), which was based on
a 1964 storyline. Whereas the strip ended when Linus sabotaged his
campaign by talking about the Great Pumpkin, the animated version has
him elected only to discover the principal wouldn’t allow him to keep
his various campaign promises. Sally, though, gets in some nice lines
about Linus selling out like all politicians.

[[[It’s the Easter Beagle, Charlie Brown]]]
is more heartwarming than the Thanksgiving story. The best moment when
the gang goes to the store in April and sees it already decked out for
Christmas sales with a banner proclaiming a mere 246 days until the
holiday. This goes back to Schulz’s concern that traditional holidays
have been overly commercialized. Marcy’s inability to comprehend how to
make Easter Eggs is a nice running gag that provides a thread for the
story.

For the first-time on DVD, [[[It’s a Mystery Charlie Brown]]],
has Snoopy and Woodstock on the hunt for a missing bird’s nest, which
Sally thought was a prehistoric artifact and wanted it for a school
report. Both sides take their case to Judge Lucy for an anticlimactic
trial. Overall, this is a lackluster offering, overplaying the animals
over the kids.

Overall, these half-dozen specials are
intermittently amusing with great jazz scores from Vince Guaraldi. The
“Joe Cool” songs, provided for the Snoopy-spotlights, are less
compelling but thankfully short. The specials are accompanied with an
all-new featurette, “Woodstock: Creating Snoopy’s Sidekick” which
places the companion in the context of the strip’s history.