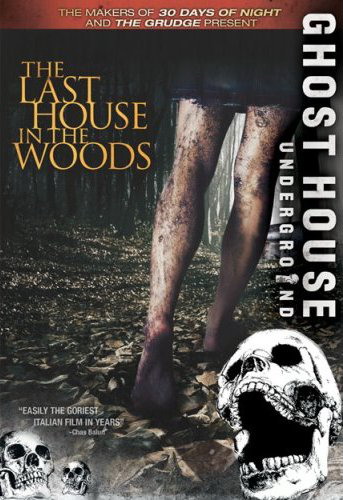 I recently got a chance to sit down and chat with legendary producer Robert Tapert, who you know best as Sam Raimi’s better half working with him on things like Hercules,  Xena, Evil Dead, and even producing some great horror films to hit theaters in the past few years such as The Grudge and 30 Days of Night. I talked to Rob about some of his newer projects, including The Ghost House Underground Collection, a collection of eght horror films hand picked by Tapert and Raimi, which we will be reviewing here in the coming weeks. We also chatted about his newest TV project,  Legend of the Seeker, and even a possibility of an Evil Dead remake.

ComicMix: The Ghost House Underground Collection recently was released on DVD and they are slated as being "hand selected by Rob Tapert and Sam Raimi". Is that true?

Robert Tapert: Sam and I picked the bulk of them. we are partnered with two other guys [Barry Brooker and Stan Wertlieb] who come from a long line of building DVD libraries. There was some guidance that was needed so that we didn’t pick all foreign flicks and had a wide enough variety to make the collection worth while. Overall, though, most of our picks made it into the final box set.

CMix: Were any of the eight films in the box set produced by your and Raimi’s production company, Ghost House Pictures?

RT: When we created GHP, [Sam and I] would be approached by dozens of directors and agents and young filmmakers who wanted to be hired. After a while we would follow up with them and hear terrible stories about how they got ripped off and lost tons of money through distribution. Then a little over a year ago, Barry and Stan came to us and told us that there is a business to be built in creating a Ghost House Underground consumer brand for direct-to-DVD movies. [Sam and I] were worried about becoming just another distributor who wouldn’t help these young filmmakers, but Barry and Stan said "as long as you pay the filmmakers what their due — wouldn’t you have been happy being payed what you were due when working on Evil Dead?" We agreed and have been happy with the outcome thus far. These films, and probably for the next incarnation are pre-existing films that are sent to us or we’ve at festivals or thousands of other ways. 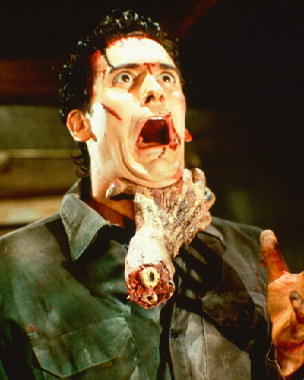 CMIx: There have been lots of rumors about an Evil Dead remake, and even IMDb has it slated to release as early as next year, is there any kind of truth to that?

RT: Certainly not that soon! Here’s what happened: a few years ago when remakes like Texas Chainsaw Massacre were all the rave, people asked if we had ever thought about remaking Evil Dead. Bruce went, "No Way!" and I didn’t think it was a great idea, but Sam said we shouldn’t discount it. He said that when we created that movie, we wanted it to be seen in a theatrical experience, and every time we saw it like that, it was an amazing event. At this point, the only people who have seen it like that are either in their 50’s and saw it in a drive-in or watched it in their dorm rooms drunk. He wanted to see Evil Dead in the theaters but what we once shot as a 16mm film doesn’t even cut it with today’s standards, and for one young filmmaker to get a chance to remake that movie better, we all think that the audience demands to see something great like that in a theater. To answer your question, we haven’t done anything with it, but the door is still open.

CMix: Now would you be more open to a remake rather than something like Ash vs. Freddy vs. Santa vs. Predator?

RT: I don’t know. Sam said he’d do Evil Dead 4 with Bruce, I just hope that Bruce is still alive by the time we start shooting.

CMix: Haha, me too! Now you are working on a new TV project, is that correct?

RT: Yes, Legend of the Seeker, which is now the title of Wizards First Rule, based on a series of books by Terry Goodkind. The books came from one of my partners, Josh Donen (son of Stanley Donen). I read the books, passed them on to Sam [Raimi] who loved them who said "Rob, this is what we should go back into the television business with!". It was an opportunity to return to TV with Action/Fantasy, which I love, and there really isn’t anything on TV like it right now. We then got bankrolled by Disney and ABC, where president Mark Padowitz lead the charge. It’s something we are very excited for, starting on November 1 with a big two-hour premiere. We’ve taken what we like from the books–the romance, fantasy, action and adventure– and brought it to life with a great cast. 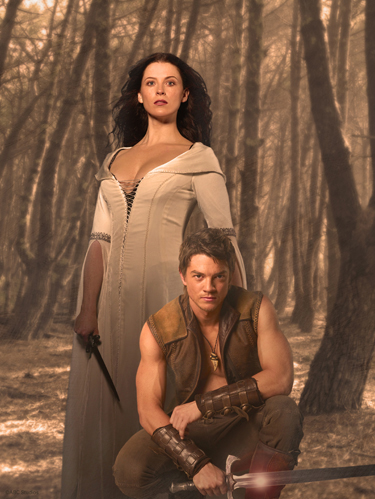 CMix: Now, with you and Sam being pioneers of fantasy television in the 90s, will we be seeing some of the same style as in Hercules and Xena?

RT: Not quite, and it’s been a learning curve for us because we knew we couldn’t do the same thing. Hercules and Xena were often very post modern and it wasn’t really necessary to be self-referential. I can’t exactly say the Seeker takes itself more seriously because we’re only on episode nine at this point, so the series is still finding itself. They are both certainly different and a learning curve, not just for us, but even the department heads finding the right props to make the world come to life. But it has been interesting, but I’d say they feel like something unique unto themselves.

CMix: With this show being something unique, would you ever like to return to either of those franchises?

RT: I’d love to go back to Xena. There were untold stories in that and now with technology and what I know, I’d love to approach that in a 300 meets Wanted style and I would certainly know what to do if I got that opportunity. I don’t think that Seeker really lends itself to stylistically being bent to fit that shape, but I could easily revisit the style and story of something like Xena, and would love to.

CMix: Speaking of Xena, with Lucy Lawless being your wife and also a part of one of the biggest science fiction franchises today in Battllestar Gallactica, are you a fan of the show?

RT: Well I must be a fan, because of all the shows on TV right now, I’ve seen more episodes of Battlestar than anything else.

CMix: Would you ever consider switching sides from Fantasy to more of Sci-Fi in a show like BSG?

RT: There is a very fundamental difference in the two. Fantasy tends to be in the service of a single hero or heroin (or a duel of that). In our film career, it has always been about servicing the hero, but scifi–and especially Battlestar is more about the antihero. I’m not certain that my head fits into that, but I just don’t think I could do it. I saw Chronicles of Riddick and thought that a TV version of that would be pretty cool, and though I’d like to think that I can, I’m just not sure I could do it.