Growing up in New York during the 1960s meant that Sunday morning we were treated to two choices: Sonny Fox on Channel 5’s [[[Wonderama]]] or the zany Chuck McCann who hosted a show that seemed to be a little bit of this and that.  Included among them were the old movie serials from the 1930s.  Among the most aired and best remembered were the ones starring Buster Crabbe as Flash Gordon. Imagine being 6 or 10 years old, and being introduced to these breathless adventures taking place on other worlds in digestible chunks that made you anxiously await the following Sunday.  It was merely a taste of what an earlier generation experienced in actual movie theaters.

Those serials,[[[Flash Gordon]]], [[[Flash Gordon’s Trip to Mars]]], and [[[Flash Gordon Conquers the Universe]]], have remained memorable not only to me but to other generations of adventure fans.  Finally, we have a book that looks into how these were made and who made them. The writing triumvirate of Roy Kinnard, Tony Crnkovich, and R.J. Vitone bring their expertise and affection to the McFarland book which was just published.

The authors detail how Universal came to option Alex Raymond’s lushly illustrated comic strip and what happened as regimes changed and budgets tightened.  While among the best serials ever made, Universal soon left the field to Republic and Columbia which is a shame. The storylines, sets, miniatures and acting were all a cut above. 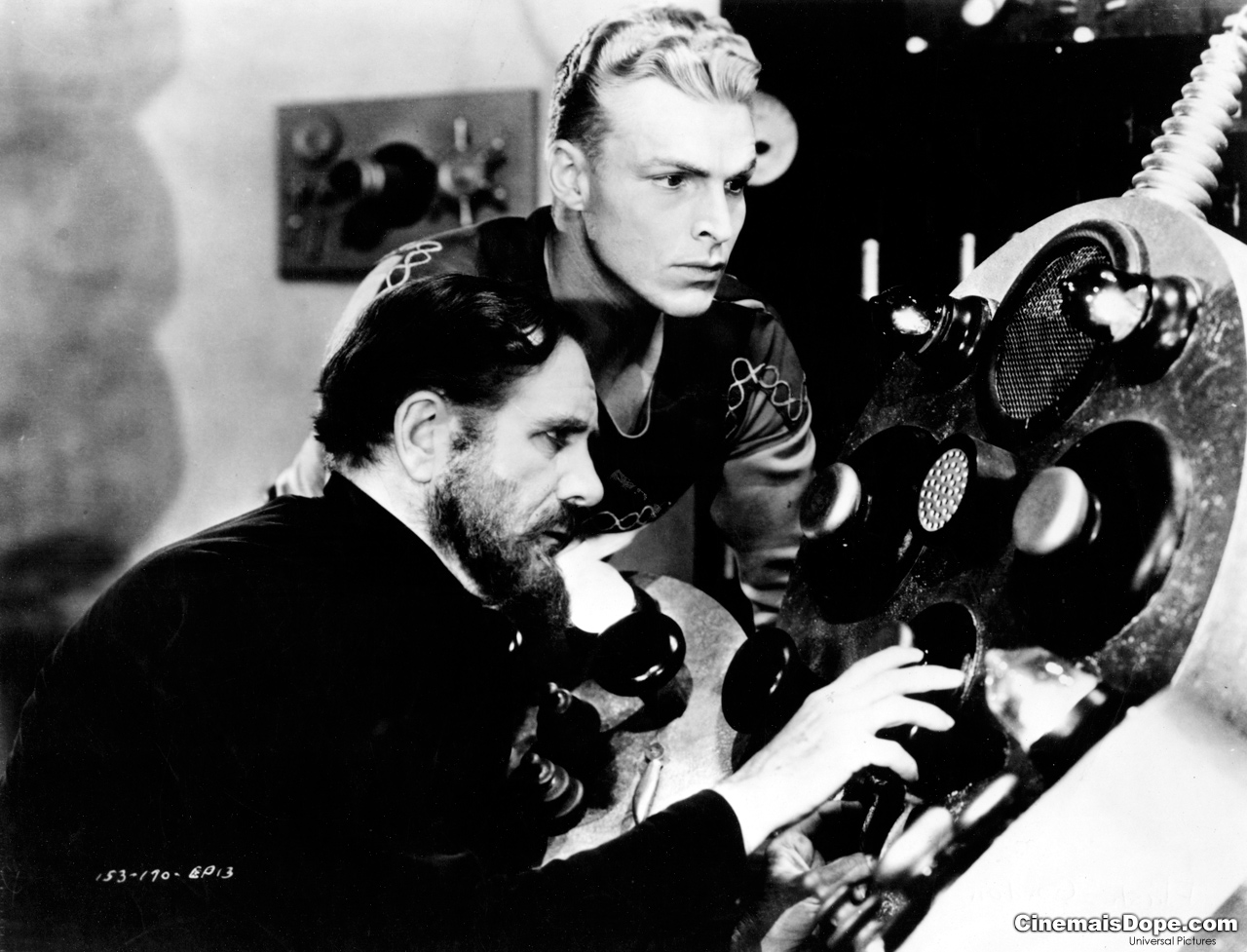 Flash Gordon represented an adventurer suddenly defending Earth against the invading world of Mongo and its merciless leader, Ming. The planet is rich with other civilizations such as the Hawkpeople or the denizens of Arboria. Clearly, it’s a planet rife with intrigue in addition to fodder for the format of both comic strips and movie serial. Raymond’s concepts are nicely translated.  There are some nifty effects, especially in the second serial when we meet the Clay People, oppressed citizens of Mars.

Sure, the storytelling logic from the era doesn’t hold up to today’s scrutiny or standards but rewatch the serials today and there’s an earnestness about them that few children’s shows can emulate with a straight face.

The book has a lengthy set-up presenting the whys and wherefores then delves into each serial.  We get a chapter by chapter synopsis followed by annotated commentary that point out continuity gaffes, actor changes or production details.  While yes, the book is heavily illustrated, it merely presents stills from the serials with no other visual from the production offered, not even lobby cards or one-sheets.

Along the way, we get there merest biographic data on the performers and filmmakers.  An appendix provides lengthy filmogrophies which helps but by the end of the 214 pages, you feel like you really don’t know that much about the team.

We do get, though, a bonus chapter studying Crabbe’s other Universal serial, [[[Buck Rogers]]], based on the Phil Nowlan-Dick Calkins comic strip that preceded Raymond.  A polish but inferior production, having it here is a nice touch.

A final appendix looks at other film and television incarnations which round things out nicely.

For diehard fans of a lost era, this book, while pricey, is worth adding to the library.

And don’t miss our review of the new Flash Gordon comic book.