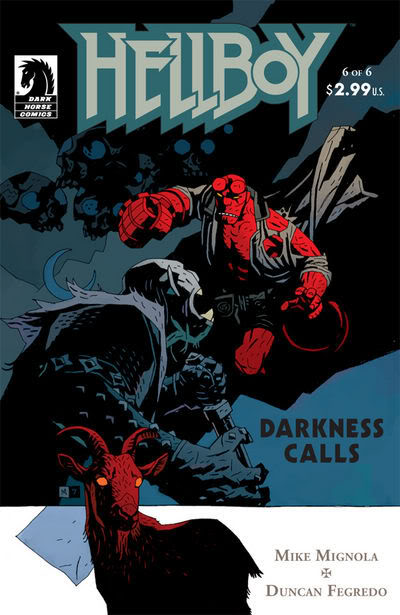 Friday sees the release of Hellboy 2: The Golden Army, and in the meanwhile, the publisher has given its Web site a much-needed facelift.

The new site is updated with a cleaner and more easily navigable framework, though I haven’t noticed much in the way of new features.

I don’t know that it amounts to a hill of beans for comic readers, but as a reviewer I’m happy to see the "new releases" and "upcoming comics" sections given a makeover, as there’s nothing as annoying as having to dig through the Internets for some product info or a cover image.

Enough of what I think. Why don’t you head on over and judge for yourself.