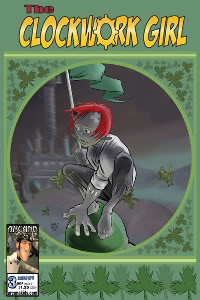 Canada has developed into a go-to spot for making movies over the past several years, and now it could become the go-to place for turning comic books into movies.

Telefilm Canada, the government-sponsored corporation designed to create distinctly Canadian properties, is sponsoring the writers of The Clockwork Girl comic book series to develop a script for an animated feature film based on the book, according to a Vancouver Sun story posted to the government’s Web site.

John Dippong, Telefilm Canada’s regional executive in charge of feature film, said he was very excited about this project, because O’Reilly’s treatment was a good one, and because it will have appeal on many levels.

"One of the things we’re trying to build is a multi-platform approach," said Dippong in a telephone interview. "We’re interested in finding projects that can either come from the digital world and go to the film world, or vice versa. Sean’s company has been successful with the Clockwork Girl comic, publishing it in many countries."