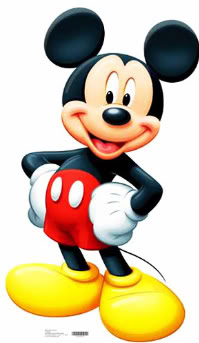 The ginormous media behemoth known as Disney apparently sees promise in the future of comics, as the "House that Walt Built" is creating a publishing wing to make new graphic novels out of old Disney properties.

The news has generated lots of coverage already, including articles on Cinematical, ACED Magazine and Reuters. The best breakdown comes from the Hollywood Reporter, which explains this has a whole lot to do with comics being quite the hot ticket.

The creation of Kingdom Comics positions the studio as a player in the scorching comic book scene. Many studios have aligned themselves to the big companies — Warner Bros. owns DC Comics, Marvel has a distribution deal with Paramount, Universal has a first-look deal with Dark Horse Comics — leaving very few players up for grabs. It also will put the company in business with established and untapped talent in what essentially will be a R&D division, letting it develop possible franchises in a way that will cost less than a low-end spec.

No creators or projects have been announced yet, but Cinematical has some thoughts on the potential graphic novels:

Will we be seeing Old Yeller re-imagined as an avenging canine superhero? Will Pollyanna be rejuvenated as a butt-kicking young woman who insists that everyone look on the bright side of life? Disney has produced more than 200 live-action properties over the years — check out a list of 30 favorites from UltimateDisney — so there’s plenty to choose from.