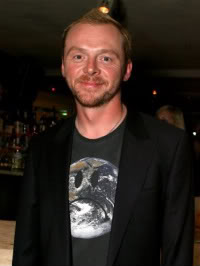 After the success of Shaun of the Dead and Hot Fuzz, it would seem there’s little actor Simon Pegg could do to further endear himself to fans.

But now comes word from IGN that Pegg is working on a film with Nick Frost called Paul, which would have the pair as a couple of devoted comic book fans in an adventure across America.

The Affable Brit said: "I just finished a script with my writing partner Nick Frost and that is called Paul and we’re going to shoot it later this year or early next year. It’s a road movie set in America about two British comic book geeks that get into an adventure across America. Write what you know as they say."

He said he had a director in mind, but wouldn’t let slip who it was, merely saying: "It’s someone really cool."

Pegg’s director on his last two films, Edgar Wright, is currently working on the Scott Pilgrim film, Pegg said, and after that wraps they’ll start work with Frost on their third collaboration, called World’s End.