The Real Hero, by Dennis O’Neil 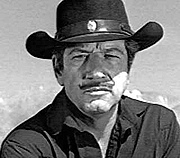 Deju vu all over again? Why, sure.

About 19 years ago, I was being pulled into the summer movie/blockbuster season anticipating two of the myriad entertainments soon to be playing at a theater near me. One was Tim Burton’s second Batman flick, with Michelle Pfeiffer as Catwoman and Danny Devito as a particularly nasty Penguin. Oh, and Michael Keaton in his final appearance as the Caped Crusader. (Back then, although he was not a barrel of laughs, he may have been just an eensy-bitsy too cheerful to qualify as a Dark Knight.) Batman was soaking up most of my professional life – I was editing the comic books – and I was writing a comics version of the screenplay, and so I had a distant, tenuous but real interest in the movie. And anyone who’s ever been involved with a Major Motion Picture knows that there is an excitement to such projects that ripples outward to touch even us at their distant edges. (Which may be why working in movies seems to be, for many, so addictive.) In sum: yeah, I was awaiting the Batman flick with more than idle curiosity.

. Batman was my job; Indy was my hero. I may have been associating him with an earlier hero, Mr. Paladin, who was the central character in a once-popular, 30-minute TV western called Have Gun, Will Travel

. What No-First-Name Paladin and Indiana Jones had in common, besides impressive looks and charisma, and the ability to look good riding a horse, a powerful sense of right and wrong, and great prowess in combat with either fists or weapons, was this: They were smart. More – they were readers! And more – they were even intellectuals!

Indy was Professor Jones, a university academic with a doctorate who actually taught classes when he wasn’t off having extravagant adventures in exotic climes. As for Mr. Paladin: when he wasn’t having his own adventures among those mountains and mesas and arroyos and dusty trails and the almost-as-dusty main streets of obscure frontier towns, he lived in a luxurious San Francisco hotel, enjoyed fine provender, and – a deal-clincher for a 16-year-old Catholic kid of the 50s – he liked girls. Occasionally, he would quote Shakespeare or one of those guys, and also occasionally, he could be caught reading a book. Didn’t apologize for it, either.

Roy, Gene, Hoppy, Sunset…none of my earlier cowboy heroes were ever seen with a book, nor heard quoting anybody. Females? Well, a purty fillie was something to be ridden away from after the owlhoots were dead or jailed. All that was fine when I was six; at sixteen, though, it didn’t satisfy me, not completely. Paladin, and later Indy, did satisfy me because, I think, the subtext of their exploits was: It’s okay to be a reader. Being a reader doesn’t mean you’re a sissy. Being a reader doesn’t disqualify you from also being tough, competent, righteous. Go ahead and read.

Indy and Paladin were heroes I could somehow identify with. Even at 16, I may have suspected that I’d always be better at book reading than horse riding. And I might not always want to leave purty fillies standing in one of those damn dusty streets.

, and The Shadow – among many others – as well as many novels, stories and articles. His novelization of The Dark Knight will be available this summer.