Morality and such, by Dennis O’Neil 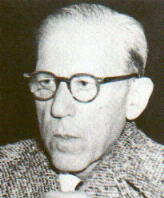 It seems to me that I used to hear the word “morality” a lot more than I do nowadays. That might have a simple explanation: I used to hear

Look, sorry, I gotta break in here for a minute. You don’t know me unless, maybe, you once read an online thing called The O’Neil Observer and ain’t that a laugh. Like anybody would want to observe that loser! Well, one of those guys who studies bugs…an ente-something – maybe a guy like that would be interested in observing chrome-dome O’Neil. Anyway, I was introducing myself. Name’s Randy Hyper and I’m a character the loser made up because he’s too wussy to tell people about what’s he’s doing and he needs to hide behind a scrap of fiction to do it and if that ain’t pathetic, I don’t know what is. What he’d like you to know about is a course in comics writing he’s supposed to teach at New York University beginning February 13th and you could sign up for by contacting NYU. Or you could hit your toe with a hammer. That’s all I got to say. Now back to Mr. I’m-Too-Modest-To-Talk-About-Myself.

people use the word “immoral” when they mean something like, “I really, really don’t like this.” It’s been suggested – I don’t remember by whom – that the great bete noire of the comics world, Dr. Fredrick Wertham, whose background was European high culture and whose wife did fine art, found comic books unbearably vulgar and that perception of vulgarity somehow morphed into a perception of immorality and, worse, psychological corruption.

Nothing I know about Wertham’s work prior to his anti-comics screed, Seduction of the Innocent, indicates that he was anybody’s idea of a villain. On the contrary: he seems to have been a decent man who fought any number of good fights. We can suppose that because of his own value system and psychological grounding, he had a blind spot or two, particularly in regard to American pop culture in general, and those devilish, wicked, maggoty, poisonous, and absolutely icky funny books in particular. Let’s remember that great line from Hamlet: “Use every man after his desert and who should ‘scape whipping?”

Atta boy, loser. When you got nothing to say, sling around a little Shakespeare and maybe nobody’ll notice forgive Wertham and maybe someday someone will forgive us.

Oh, and one more thing: if you haven’t made your New Years resolutions yet, you might include in them a vow to be careful how you use the word “immoral.”

RECOMMENDED READING: “The Moral Instinct,” by Steven Pinker. This is an article that appeared in the New York Times Magazine dated January 13, 2008. You might still be able to read it on the Timeswebsite, or look at it in your local public library, and the effort is well worth making. Dr. Pinker’s piece is, by a wide margin, the best thing I’ve seen on the real basis for morality and ethics, and how they relate to religion. 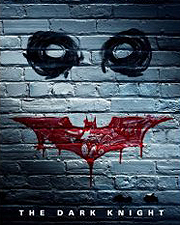 Dennis O’Neil is an award-winning editor and writer of Batman, The Question, Iron Man, Green Lantern, Green Arrow, and The Shadow – among many others – as well as many novels, stories and articles. The Question: Zen and Violence

will be available this summer, and you can pre-order them now.