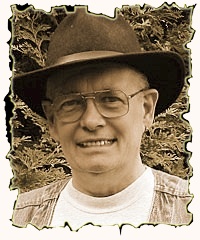 Did I scare you?

About that boo…Frankly, it’s a sleazy and probably ineffective way to get your attention. But it is sort of appropriate because it’s a word often encountered in late October and I’m perpetrating this opus a few nights before Halloween, which seems like an appropriate time to be both booing and writing about comics. Because, you know, comics and Halloween are kissing cousins.

Comics, like Halloween, often deal with unearthly phenomena and unlikely characters and, yes, costumes. Both comics and Halloween offer reassurance that after sojourn spent confronting ghouls, goblins, ghosts, vice-presidents and assorted other hellish manifestations of ghastliness, you can retire to someplace comfy and safe.

Fairy tales do that, too, and despite people, including me, frequently comparing comics to mythology, they’re at least as much fairy tale as myth. They don’t, after all, offer cosmic explanations of why we’re here and where we come from, as myths are wont to do, and they almost always end happily. According to a psychologist named Bruno Bettelheim, those happy endings are what make fairy tales useful to little kids. The message is, you can confront ghouls, goblins, ghosts and even vice presidents and you can prevail – you can go home again and maybe score some hot chocolate.

I don’t think we ever outgrow our need for that kind of reassurance, at least not without considerable effort, which explains the popularity of James Bond, Luke Skywalker, much television, and your own preferred form of heroic fiction, as well as fairy tales and Halloween.

I think maybe dressing up as monsters may serve another purpose, too. It might be a way of confronting what psychologists call our “shadow side” – the nasties we don’t want to acknowledge are a part of us. A good case could be made, in fact, that ghouls and goblins and the whole pantheon of evil beings have never been anything except projections of the Other who lurks behind our sunny, obedient, friendly, loyal and helpful exteriors. And confront them we must, or so say the savants.

(By the by, you can include comic book villains with the ghouls, goblins, et al.)

According to one superstition, Halloween is a time when the barrier between the world of the living and the world of the…er – non-living dissolves, or at least becomes permeable. Maybe the reality is that what becomes permeable is the barrier between what we’re willing to admit to being and what we’re not, even if we have no idea of what’s really happening.

Or maybe not. Meanwhile – boo!

RECOMMENDED READING: Superman at Fifty: The Persistence of a Legend

. Edited by Dennis Dooley and Gary Engle. I’m making you aware of this because I don’t think many people are. Full disclosure: I wrote one of the essays in this collection, which was published on the occasion of the Man of Steel’s fiftieth birthday. (The geezer’s now 68.) You have my permission to skip my contribution.