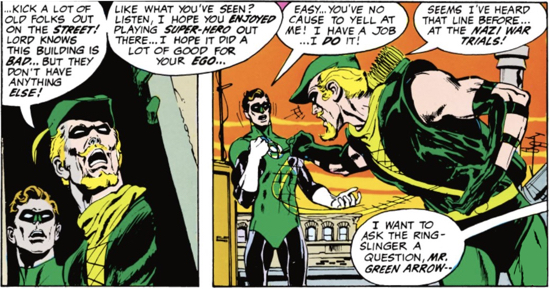 This is a sad day for me. We are losing a president with curiosity and interest in people different from himself to one who might not be able to read at all.

Yes, I’m that kind of elitist. I prefer to admire (and, if possible, hang out with) people with imaginations, people who like to be challenged, people who appreciate the arts. All the evidence (this, for example) suggests that our newly installed Commander-in-Chief has no such interests.

Tough times, such as those I imagine to be ahead of us, can be opportunities for great art. The 1960s, with its civil rights marches, police riots and unjust wars, brought us brilliant music, film, theater, dance and literature, even comics. It is the responsibility of the artist to make us question our perceptions, and the best do this in a way that lasts well beyond the topical concerns of their times.

We’ve already seen some public reactions, by artists and audiences, to the new administration. American Muslim comics can band together, in solidarity and support, to amuse and enlighten themselves and the rest of us. 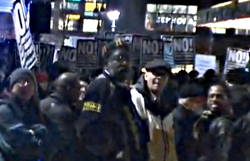 And we’ve seen that Trump, whatever his intentions, seems to have aroused the curiosity of the public. After his recent attacks on Congressman John Lewis, bookstores around the country sold out of March, and it went to the top of Amazon’s best-seller lists. Since the book has been out for quite a long time, and it was already selling well, I assume that the new sales come from people who are curious about why so many people sprang to Lewis’ defense. In the process, they get to read an amazing book.

I don’t mean to imply that only art with a progressive point of view is worthwhile. I don’t think that culture has that kind of a litmus test, or it would get boring really quickly. I even like some pop culture that comes from a different point of view.

For example, I’m really enjoying binging on Blue Bloods, a show which seems to think all police departments (but especially New York’s) are fabulous, that all cops are great, and the ones that are not are dealt with swiftly because the good cops are so ashamed of the bad ones. At the same time, people who don’t like or who mistrust the police have something seriously wrong with them. That’s not how I see the NYPD, but I’m fascinated by this chance to understand those who do.

While I’m not looking forward to the next two years (longer, if we screw up the midterms), I am anticipating some exciting art. And I’m happy to be living in a time when comics are respected as part of the cultural landscape.