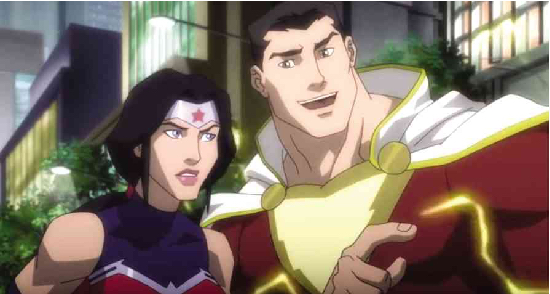 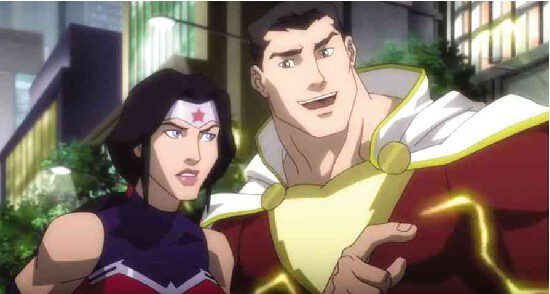 I quit. I’m out. I’m done. This past week I’ve paid actual money I earned to view Batman v. Superman, as well as Justice League: War (on Netflix. And yes, I know that’s not new, but it’s still new enough to count). I freely admit my expectations were low. Lower than low in fact. I was hoping for some decent visual effects, maybe a few more jokes since the last time, and I prayed for some semblance of lessons learned from Marvel.

I got none of it.

Instead, you produced 2 ½ hours of angst, rain, punching, and death. And then you took your New52 Justice League comic series and ran it through the wringer in order to produce it as an animated adventure designed solely to appeal to 13-year old bitter tweens. You’ve sullied both mediums so egregiously that I’m honestly having trouble concocting any legitimate snark for these abortions given birth in motion. Alas, I honest-to-Rao can’t do it. My eyebrow is not cocked high. No smirk remains emerging from the corner of my mouth. I sit here in a bent-over stupor wondering who specifically allowed for either of these films clearance to see the light of day. Especially given that Marvel hasn’t made a single misstep in their recent releases… and Age of Ultron wasn’t even half the quality of its predecessor.

It’s not a shame. It’s not sad. It’s not depressing. It is soul-crushing.

You clearly couldn’t have missed the tidal wave of the zeitgeist in the aftermath of Man of Steel. Nary a stone was left unturned where the public did not denote in every feasible outlet in print and online that Snyder’s Big Blue Boy Scout was a banal shell of his former celluloid self. In the wake of every Marvel movie, it was clear what you needed to do, DC. A little humor and life-saving could go a long way. But you never wanted that for us, did you? You couldn’t deal with a little humility in the face of your financial defeat.

(And before the DC flamers decide to load their Trump cards of the current box office numbers of BvS, let’s just make this abundantly clear: Marvel’s movie profits since Iron Man utterly decimate DC’s by billions. With a ‘B’. If you need me to show you the math on it… e-mail me at info at box office mojo dot com.)

Offering us up a fight between your biggest two licenses sounds good on paper, until you forget within two and a half hours to develop any other plot or characterization to build a universe with. Instead of that, you chose to celebrate murder, nightmares, thievery, matricide, patricide, and wanton destruction. Spare the death from that aforementioned list and replace it with snarky one liners? You get Justice League: War. In both pieces action trumped all else. And because of it, we your once loyal fans leave exhausted but not sated.

In contrast, lesser sequels at Marvel – like Iron Man 3 or Thor 2 – upped their action ante but kept the bigger picture in mind. Tony Stark was a PTSD-suffering futurist thinking about macro-metahuman issues. Thor contends with having to grow up and be the demi-god he was meant to be… all while the cosmic conundrum (building toward Infinity War) leaves Earth in the center of the battlefield. While both films were shadows of their original counterparts, neither left me in a punch-drunk stupor; wondering how a 20-year veteran of crime fighting suddenly dropped his guard over the coincidental nature of matriarchal nomenclature. A bit too complex a thought, I know. I digress.

DC Entertainment… I am ashamed of you. You hold in your possession the world’s most recognizable licensed properties in super-hero-dom. With the financial backing by the same financiers of the multi-billion dollar Harry Potter franchise writing the checks. With all the potential you’d ever need to level the playing field by the competition now nearly a decade ahead of you in world building. You’re akin to Ohio’s Governor when it comes to wanting the throne with literally no path save for chaos in order to achieve it. Look upon the world left in ruin. The smoldering ashes of fan’s hope left glowing hot by hours of endless, needless violence. All you’ve left to show for it are a pile of Martha and Step Brothers memes. You can lie to yourself with your international box office ticket sales. But you can’t lie to your fans anymore.

Now lay in the coffin you put in the ground and pray your rewrites and reshoots for Suicide Squad right your ship. That being said… I’m not holding my breath for it.