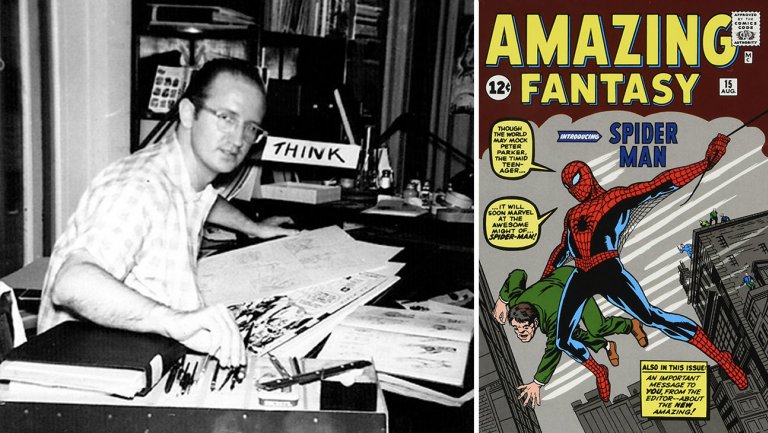 Stephen J. Ditko, one of the most iconoclastic comic creators of all time and creator or co-creator of Spider-Man, Dr. Strange, the Question, the Creeper, Shade the Changing Man, Hawk and Dove, Starman, Stalker, the Odd Man, Squirrel Girl, and his most personal creation Mr. A, has died at his home at the age of 90.

Famously reclusive (there are less than five known photographs of him) and fiercely independent, Ditko was found unresponsive in his apartment in New York City on June 29. Police said he had died within the previous two days. He was pronounced dead at age 90, with the cause of death initially deemed as a result of a myocardial infarction, brought on by arteriosclerotic and hypertensive cardiovascular disease.

There may be no better way to get a flavor of his impact on the field than the 2007 BBC documentary In Search Of Steve Ditko, hosted by Jonathan Ross: