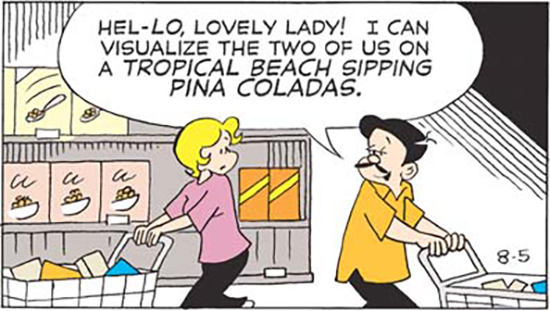 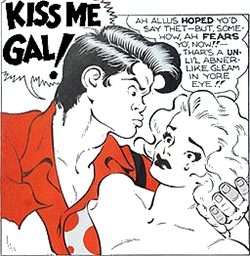 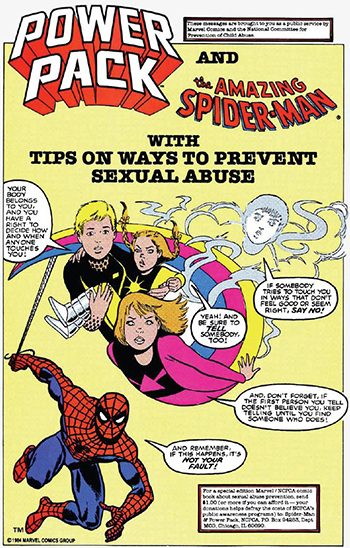 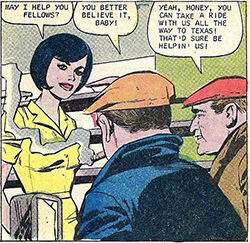 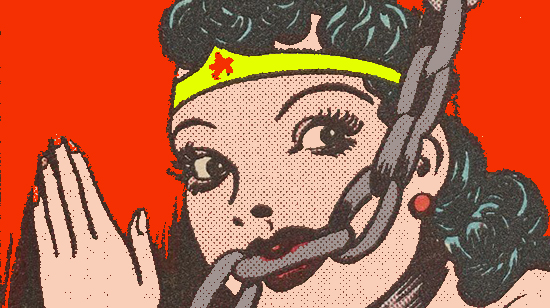 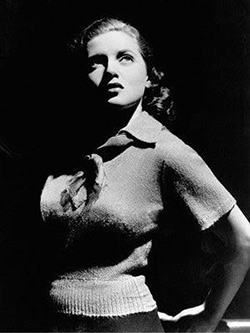 Is being the target of an uncouth, offensive, foul, and vulgar letter the same as being sexually harassed?

At the time it occurred – let me do the math here, hang on… okay, it was 29 years ago – I didn’t think so, because I thought of sexual harassment as being defined as (a) some goon putting his unwanted hands and other parts of his body on me; (b) the classic quid pro quo scenario of a sexual favor being demanded in return for professional advancement; and (c) something that happens face-to-face, as when, waaaay back in time when I was 19 and working as a receptionist in a Wall Street firm, the VP of my department called me into his office as I was doing my mail rounds and told me that “everyone” was talking about my sweater:

“What’s wrong with my sweater?” I asked him, trying to brazen it out. “Too informal?”

“Too tight?” I asked, thinking of Lana Turner, the original “sweater girl,” in an attempt to dare him to say yes.

I was stumped. What the hell was he getting at?

I looked down at my sweater, which was extremely fashionable for 1972 – I’ve always been a fashionista – when animal prints on sweaters were all the rage. “You mean the cat?”

He stared at me a few seconds, and then…

I didn’t really know how to handle it. I just looked at him, then turned and went back to my desk. The only thing I did that day was to tell another girl about it; all she said was, “Don’t let it bother you. He’s a prick.”

But I didn’t go back to work the next day. I told my parents that I quit, without telling them why, which of course led to a big fight and hurtful words about me and my abilities and work ethics, and to me sitting in my bedroom, disconsolate and believing that I had let everybody down, including myself.

Years and years later, as an adult who had matured into the “F-bombing” woman I am today, I brought up the incident with my parents. All was cleared up, and my father said that I should have (1) kicked the guy in his balls, and then (2) called human resources. My mother scoffed, and said, “HR wouldn’t have done a thing.” She was a wise woman.

Anyway, about that letter:

It was from someone in the comics industry, and here is an example of what it contained:

“You have no talent. The only reason you get any work is because you come strutting down the hallways in your short skirts and your fishnet stockings and your FMP’s…”

There were lots more sentences and accusations. All concerning my sluttiness and inability to construct a sentence. The words filled the front and back of the page. I was horrified. I saw red. I didn’t want this disgusting diatribe in my house, where my 10-year-old daughter lived.

And I was burning mad.

So I burned it.

Yep. Set it on fire, held it over the toilet, and flushed the ashes away.

Right in the middle of a project.

I didn’t call anybody. I didn’t do anything. I don’t remember even telling my friend and co-worker, Karen Berger.

I don’t exactly remember how long it was. Maybe a few days. Maybe a week. Maybe two. I didn’t write a thing.

And then I got a call from Dick Giordano, who invited me to lunch at the Top of the Sixes. I told him it didn’t matter, that I was through – but it was Dick, and he was always a gentleman to me, and kind, and encouraging, so I agreed.

I don’t remember what Dick ordered, but I had a shrimp cocktail. And we talked.

He asked me if I still had the letter.

I looked down at my plate, then looked up at him.

Without the letter, he said, he couldn’t do anything. I said, “I know, and I know it was a stupid thing to do, but I couldn’t have that thing in my house.” Dick got it.

He asked me to finish the project. He talked about professionalism and how there were other people depending on me. He talked about my future in the industry. He talked about how I would regret walking away. How, ultimately, it would hurt me, while the perpetrator would continue on his merry way.

I finished it. For Dick. And for myself.

And no, it wasn’t Len Wein, may HaShem grant his soul peace and bless his family. It wasn’t Bob Greenberger or Julie Schwartz or Marv Wolfman or Alan Gold. It wasn’t Sal Amendola. It wasn’t Mike Gold or Andy Helfer.

But I know who it was, and so does he. 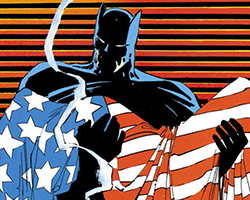 So, is being the target of an uncouth, offensive, foul, and vulgar letter the same as being sexually harassed?

And 29 years later, I’m still waiting for an apology, and a thank you.

An apology for that piece of drek.

A thank-you for burning that letter…

Instead of your career.