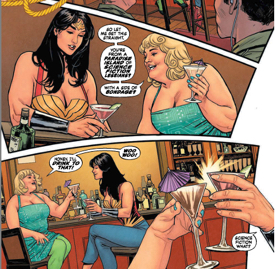 Ed Catto: Censorship and the Ties That Bind 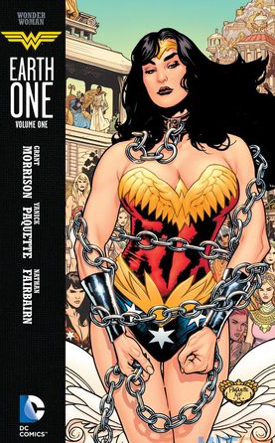 A reviewer for GoodReads offered up her thoughts in a December review of the upcoming Wonder Woman: Earth One graphic novel by Grant Morrison and Yanick Paquette. A negative review took the creators and the publisher to task for what she perceived to be deviant fantasies. Several geek-centric sites, including Bleeding Cool, noted how this sparked conversations and negative comments from fans, both for the anticipated book and the reviewer’s ethics.  The review has since been taken down.

These discussions erupted just as I had finished reading The Language Police: How Pressure Groups Restrict What Students Learn by Diane Ravitch. My Aunt Carolyn lent it to me, and I procrastinated in reading it. In the end, I was so glad I read it. It tells the disturbing tale about how interest groups, from both the left and the right, have influenced the content of accepted textbooks in American schools. But this censorship is ultimately ineffective in serving their own agenda. What usually happens, as you all know, is that kids proclaim school books (especially in History and English) to be boring and turn to all the other media that’s at their fingertips. 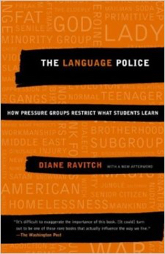 But the efforts and impact of these special interests groups is all very Orwellian.

The censorship cited in The Language Police is astonishingly deplorable. I can understand the conflicts of teaching Mark Twain’s The Adventures of Huckleberry Finn when the n-word is so prominently featured. That’s an understandably tough issue to wrestle with. But the censorship goes so far beyond that. There are early examples of the publisher changing the Ray Bradbury novels to accommodate outspoken crusaders’ issues that include a lack of a racially diverse cast and the use of religious concepts. It doesn’t stop there, and continues today. When Ravich talks about poems being changed with gender neutral language, it becomes pathetic and bizarre. 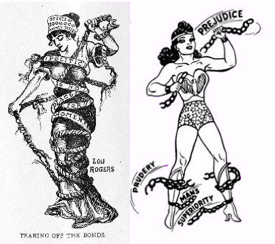 There’s a story about my Aunt Carolyn to share at one point or another. Back when she was an English teacher at the local school, she purchased several issues of Classics Illustrated, with her own money, and passed them along to her students. Her principal was furious, collected those comics and destroyed them.  Was this because my hometown, Auburn NY, participated in those Wertham-inspired book burnings in the fifties? Hard to say, but I hope to get to the bottom of it one day.

Back to the matter at hand. These DC “Earth One” series retell the early days of established characters with a modern slant. And the pages revealed of Wonder Woman: Earth One do show a lot of chains and bondage. But in many ways, that hearkens back to the origins of the character. On one hand, Wonder Woman fans realize that many of those early stories showing women in chains was a metaphor for the issues with which women were dealing. The inevitable bursting of the chains foretold the eventual triumphs of the women’s movement. 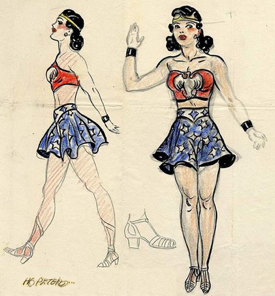 On the other hand, Wonder Woman’s creator, William Moulton Marston was complicated individual, and lived much of his life with a level of duplicity that is astounding to modern audiences. Today, he would be regarded by many as a phony and a blowhard. Personally, his living arrangement, with essentially two wives and four children, was kept secret from the world and seemingly contradicts the pursuit of truth that was at the core of this “invention” of the lie detector and his creation of Wonder Woman and her magic lasso.

In The Secret History of Wonder Woman, Jill Lepore provides a fascinating and well-researched look behind the curtain at Wonder Woman, her creators and the women upon who the heroine and her supporting cast were based. 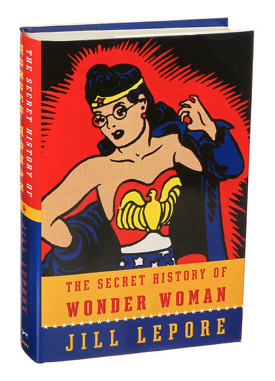 My concern comes not from what Marston believed or preached, not from the interpretation of those beliefs by Morrison and Paquette, but the rush to judgment of this graphic novel before it’s even published. There’s enough censorship going on right now and we certainly don’t need more.

The other big part of this concerns the idea of when the fans “ownership” of a character transcends that of the creator or the creator’s original vision. Recently, we’ve seen this topic revisited with Star Wars. Many fans revere the original trilogy, but take creator George Lucas to task for getting it wrong with the three prequel movies. In another Orwellian twist, it’s easy for indignant fans to condemn him for his lack of understanding of the mythology he created.

Likewise, fans of Wonder Woman may be upset to fully understand what her creator meant for her to represent. To them, Wonder Woman, as a character and a mythology, has grown and matured far past anything the original creator envisioned. And they take great umbrage at interpretations that differ from their own. 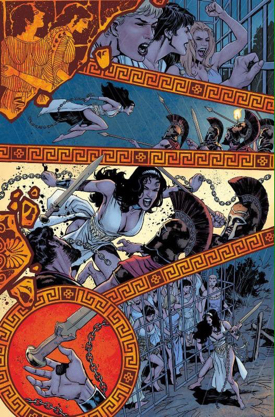 Who’s to say what’s right? It seems to me that Geek Culture is made up passionate fans and there’s room for many fan interpretations. Some may be more valid than others depending on one’s vantage point, but all demand a level of respect.

This past Christmas, we sent two young nieces a Wonder Woman gift pack that included including ComicMix’s own Robert Greenberger’s excellent book Wonder Woman: Amazon, Hero Icon, DVDs from the Wonder Woman 70s TV show, apparel, comics and the DC animated movie). But if it were available, this new Wonder Woman: Earth One book would probably not have been appropriate for them.

But that doesn’t mean it’s not appropriate for other people and that certainly doesn’t mean it should be censored. I hope Wonder Woman continues to break chains, freeing not only women, but all of us, with love and wisdom. And I hope she can continue to challenge us along the way too.

Now’s probably the time to nod to the hard working folks at Comic Book Legal Defense Fund. If you aren’t familiar with the work they undertake, or need a refresher course, swing by their site: CBLDF.org

Mindy Newell: B Is For Bondage

Wonder Woman is psychological propaganda for the new type of woman who should, I believe, rule the world. There isn’t love enough in the male organism to run this planet peacefully. Woman’s body contains twice as many love generating organs and endocrine mechanisms as the male. – William Marston Moulton

When I saw Wonder Woman being constantly put in positions where she’d get tied up with her own rope, or held hostage, even as a kid, my reaction was ‘C’mon, she’s too smart for that. – J. Michael Straczynski

Last week both Entertainment Weekly and the New York Times reviewed The Secret History Of Wonder Woman, written by Jill Lepore, a professor of American history at Harvard and a staff writer for The New Yorker. Lepore’s Book Of Ages, about Benjamin Franklin’s sister, came out last year.

I vaguely knew some of what Lepore writes about, so the reviews weren’t entirely an eye-opening “holy shit!” read for me, but I am confident that the book will surely engender that reaction for those fans of Diana who think of her as the comic book version of Betty Friedan and Bella Abzug and Gloria Steinem, as well as (unfortunately) eager browsing of the more libidinous pages by those who get off on thinking of the Themiscryan as a “Score!” on Superman’s yellow belt. And yes, that is a reference to that infamous t-shirt. See my column on ComicMix, along with that of Martha Thomases, of a few weeks ago for enlightenment, if needed.)

Bondage, i.e., “idyllic submission,” is a common theme in early Wonder Woman stories; in nearly every one she is tied to a chair, or forced into a strait jacket, or manacled and fettered, or chained, or gagged, or caged, while her fellow Amazons, when they appear, engage in wrestling and bondage play. And while we all know about Diana’s “golden lasso of truth,” which she was not above using as an instrument of bondage against her enemies, did you know that her belt is actually the “Venus girdle,”    Marston’s allegory for his theory of “sex love” training, i.e., embracing submission through eroticism?