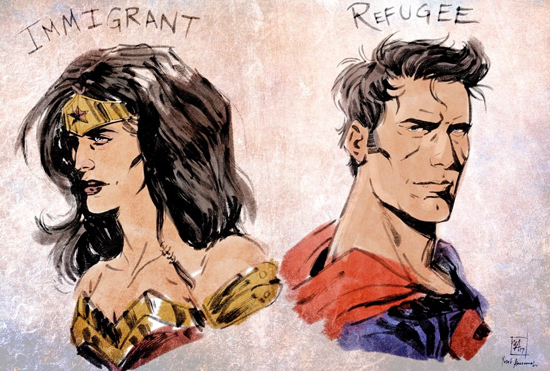 On The Economics Of Digital Comics

Have you been noticing that the digital comics scene is a little… active… these days? You’ve got the market getting estimated at $90M for 2013. There are a lot of different reports about how many copies the same day digital editions sell. I’ve heard anywhere from 10% to 25% of the print sales. It seems to vary from title to title and by publisher.

Amazon bought Comixology and it looks like that sale has been completed. Marvel’s announced they’re going to be selling current issues on their Marvel Comics Unlimited app, but nobody is quite sure what that means for Comixology and Amazon. Diamond is bringing back their digital initiative with new partner, Trajectory, after shutting down the old version earlier in the year. It looks like they’re going to be having DC on board with new version.

The money in digital comics in increasing. The distribution contracts are moving around like pieces on a chess board. We’re still largely stuck with DRM – partially at the insistence of publishers and the corporations they license properties from. The formats are anything but standard and the lessons of digital music seem lost on publishing, particularly comics publishing.

Over on the webcomics side of the world, crowdfunding is the new new thing. Oh, Kickstarter’s been a tool of the trade for a while, and an effective tool for pre-orders and financing color print runs. The new kid on the block is Patreon. Where Kickstarter and its class of crowdfunding sites tend to focus on the creation of an object, like a graphic novel or reprint collection, Patreon is more like a monthly subscription. SMBC (the webcomic sometimes known as Saturday Morning Breakfast Cereal) is over $8500/month in Patreon pledges. That projects as over $100K/year in crowdfunding income with no books to ship. OK, Zach Weinersmith (the man behind SMBC) might be a bit ahead of curve on this, but there seems to be an increasing amount of money flowing in this direction and the revenue mix is changing for a lot of people.

The digital comics world continues to evolve and we really have two schools right now: an eBook school that’s from the comic book/graphic novel tradition and a webcomic school that’s from the newspaper strip tradition. There’s a little crossover between the two and the world of print. A whole lot of cartoonists see a print book as one of the endgames for making money no matter whether the initial publishing is done on paper or with pixels.

If you’re interested the world of digital comics and how the money flows through it, I’m Kickstarting a book on the subject… through this afternoon. Time’s almost up on that. Feel free to pop on over to https://www.kickstarter.com/projects/1524990961/the-economics-of-digital-comics and have a look.