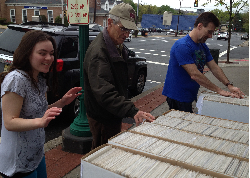 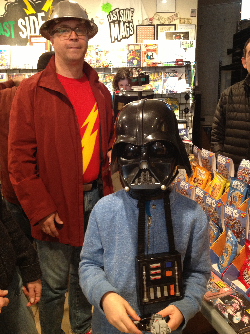 Saturday was Free Comic Book Day, the amazing annual event where the world celebrates comics by giving away a few free comics to one and all. And by a few comics, I mean millions!

This year, I broke my personal record and visited eight amazing comic shops in northern NJ, just outside of New York City. And it was really nine if you count my visit to Main Street Comics on FCBD’s Eve. 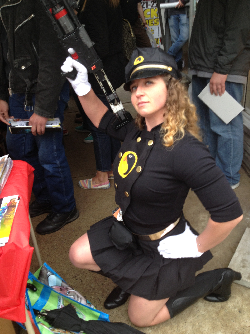 It was a great day, as witnessed in many stores.

More than ever, cosplay was an integral part of Geek Culture. I could see that more this year than other years. It’s almost a given that every store will have some excellent cosplayers on the premises. The crowd oohs and ahs while taking photos. It’s all about celebrating the creativity and skills of the cosplayers while providing a bit of live theater.

But it doesn’t end there, as many fans, especially kids, are proud to bring their own cosplay to Free Comic Book Day.

All Ages Means ALL Ages 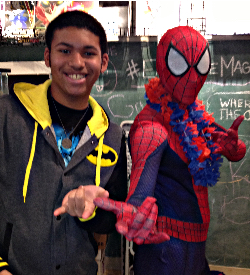 Free Comic Book Day summons fans of all ages. Families with young kids are a staple, but many of the comic shops, like East Side Mags and Funny Books, lured the curious into the fray from their respective downtowns. We used to use phrases like “the young and the young at heart” as a euphemism for “old”, but we don’t have to beat around that bush any more do we?

I saw more than a few older fans, and they were just as eager to pick up comics as the preschoolers. 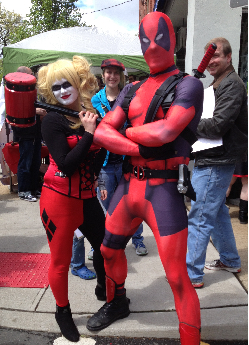 Several stores, like A & S Comics, Zapp Comics and Dewey’s Comic City had artists on hand to provide sketches and drawings for fans. Other shops had some very interesting folks on premises, including:

A Yearly Expectation of Geek Culture 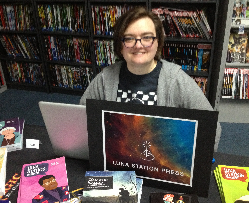 After 15 years, Free Comic Book Day is now at that point where all the fans seemed to get it. And they look forward to the fun in a patient way.

The fans seemed to understand that only designated comics were free. They all seemed to know where to go and how to navigate the stores. 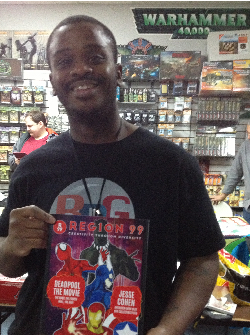 And most amazing to me is the diverse crowd of comic fans and how they seemed to get along. And I don’t think that only happens on a day like today. There were so many different people attending FCBD, people that would not typically have the opportunity to speak to one another during a typical day. But here they all were – grabbing their comics, debating the latest comic book movie, marveling over the amazing discounts and sweet deals – and enjoying a moment with other people who share a similar passion.

It was a great event and a great party. I’m already looking forward to FCBD’s Sweet Sixteen!

For the record, I’d like to thank the following New Jersey comic shops, and their hard -working staff, for throwing some great parties today:

And one more thank you to Main Street Comics in East Middletown, NY and More Fun Comics and Games in Denton TX, where my brother and my nieces celebrated FCBD.