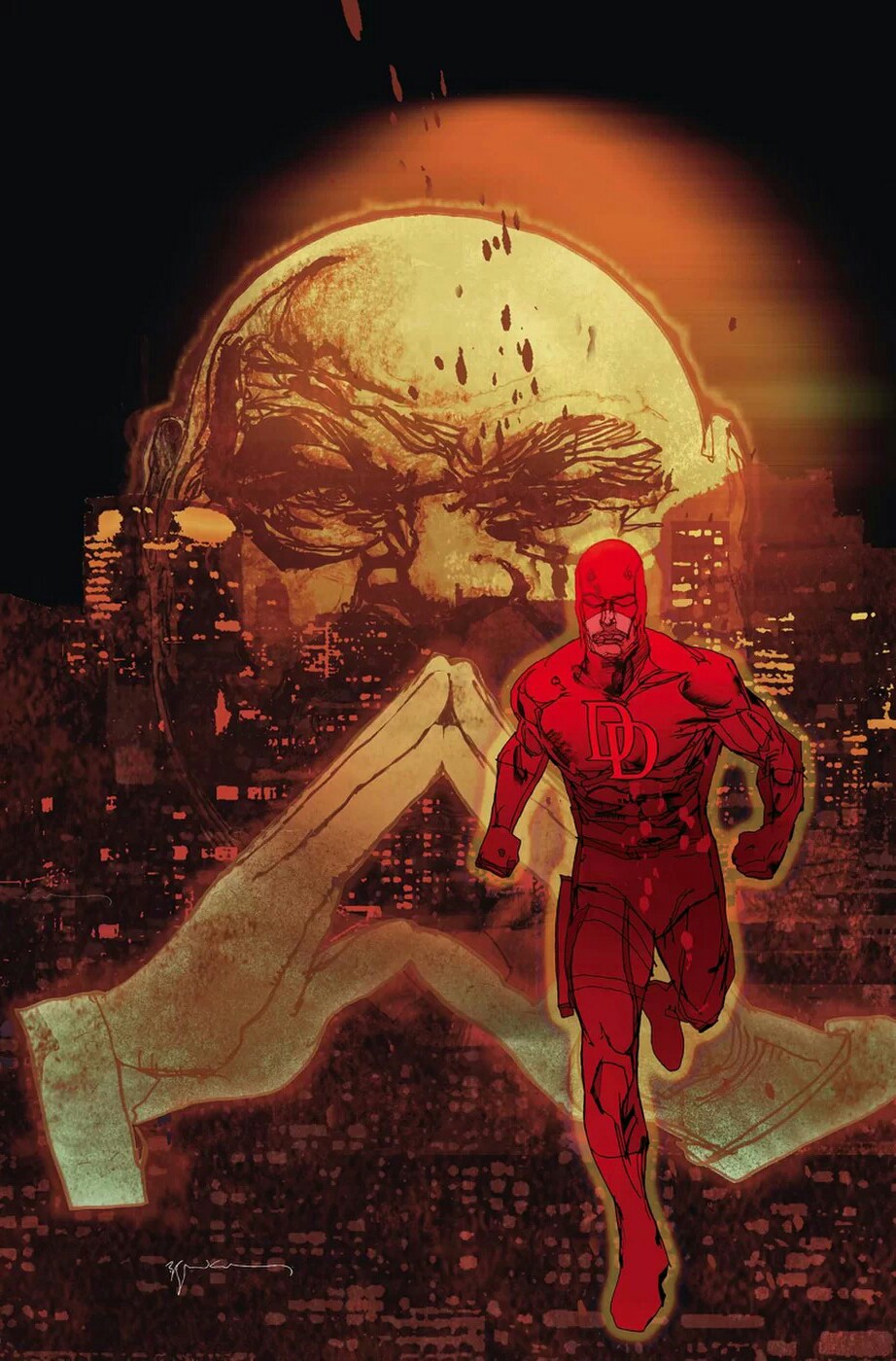 The Law Is A Ass #447: Daredevil’s An Entrapment Keeper

So, I guess Daredevil is a lot smarter than I thought he was. Which, considering some of the bonehead plays he’s made in the past – Mike Murdock, anyone? – wasn’t all that high. However, in Daredevil #595, Matt (Daredevil) Murdock actually showed some smarts.

No, it wasn’t in acquiescing to the orders of the newly-elected mayor of New York City, Wilson (the Kingpin of Crime) Fisk, that Manhattan District Attorney’s Office, of which Matt was an employee to, “build cases against the vigilantes” to fulfill Kingpin’s campaign promise to “clampdown on non-governmental exercise of authority.”

A smart Matt Murdock would have pointed out to his boss the DA that the office didn’t really have any grounds on which to build a case. Stopping super-powered criminals isn’t a crime. One might even say it’s a public service. If an average citizens sees a crime being committed do we want a public policy that says they should do nothing? And if not, then why do we want one for our above-average citizens?

Moreover, I know of no anti-vigilante law in place in New York City or New York State that the heroes would be violating with their actions. I’m not saying in a world of super-powered people such a law wouldn’t be enacted. I’m just saying I don’t think that has happened yet.

Even the Superhuman Registration Act which prompted the first Civil War in the Marvel Universe seems to have been junked. In Daredevil vol 2 #25, the Supreme Court ruled that masked super heroes can testify in court while still masked. If that was even a question, it would imply that the SHRA had been shelved. If all hero were required to reveal their identities by Congressional law, the whole case about whether they could testify while masked would have been unnecessary. And believe me, the Supreme Court doesn’t like to take cases that are unnecessary. Hell, it only takes a small number of the cases that are necessary.

Even New York’s anti-mask law wouldn’t help justify a crackdown on vigilantes. New York Penal Law 240.35(4), specifically forbids two or more people to congregate in public while wearing masks to conceal their identities. That law wouldn’t generally apply to people like Spider-Man or Daredevil or Ms. Marvel, as they usually work alone and not in congregations. Of course, they’re not in congregations. Crime doesn’t take Sundays off, so neither can they.

It also wouldn’t apply to people like Luke Cage or the Punisher; they don’t wear masks and their civilian identities are known to all. I’m not even sure it would apply to the Avengers, as I think the civilian identities of most of their members are either known to the general public or, in the case of Captain America, to the government. Either way, if they’re wearing masks, it’s not to conceal their identities. So, why are they wearing masks? Maybe they like extreme hat hair.

So the anti-mask law would only apply in some limited instances like the Champions or Marvel Team-Up, which feature two or more masked heroes. But only if they’re acting in New York. And probably only if the villain they were fighting was lame. I think the authorities might look the other way about costumed hero activity, if Dr. Doom were attacking again.

So, yeah, a smart Matt Murdock might have asked his boss on what grounds they build cases against vigilantes. Matt might even have pointed out that hamstringing the costumed heroes would, in the long run, be a bad thing for the city. Costumed villains either wouldn’t be similarly limited or wouldn’t care if they were. Either way, they would continue to commit crimes without adequate resistance if only the non-powered police and not, say, Thor could have at them.
Matt could even have told his boss they should ignore the directive. I seem to recall a few other direct orders from another Chief Executive, which his underlings either ignored or refused to put into operation. So Matt’s actions wouldn’t have been without President— err, precedent.

Matt did show some smarts. He told his assistant that “it can take a long time to build a case… years, sometimes.” Recent events have certainly shown that to be true. Meanwhile, the heroes could be free to act, while the cases against them were being built. Slowly.

But Matt showed his real intelligence later in the issue, when he was on patrol as Daredevil and stopped what appeared to be a simple mugging in Hell’s Kitchen. Turns out it wasn’t so simple. It was a police sting operation designed to find and arrest Daredevil.

No, it wasn’t intelligent for Daredevil to fall for the trap. With his hyper senses he should have detected the presence of the other police officers laying in wait and not fallen for the trap. No, Daredevil showed his intelligence when he told the cops, “This is entrapment. It’ll never stick.”

Because it wasn’t entrapment. That’s what made Daredevil’s statement so brilliant.

Entrapment is a legal defense that argues, “Government agents may not originate a criminal design, implant in an innocent person’s mind the disposition to commit a criminal act, and then induce commission of the crime so that the Government may prosecute.”  The key to this defense is that the government implants the criminal design into the mind of a person who was not otherwise predisposed to commit the crime. Daredevil was already in costume and looking for crimes he could stop. He was pretty much predisposed to being a vigilante. The fact that he found a government sting operation that gave him the opportunity to do what he already wanted to do wasn’t entrapment.

And that’s why Daredevil saying the sting operation was entrapment was so brilliant. Not too many weeks earlier, in Daredevil vol 5 #20, the Purple Children combined the mind control powers they inherited from their father Killgrave, the Purple Man, with Killgrave’s own mind control powers to make the world at large forget that Matt Murdock and Daredevil were the same person. After Matt had his secret identity purpura ex machinaed back into place, he didn’t want to risk losing it again.

That’s why he told the police that what they did was entrapment when he was a good enough attorney to know it wasn’t. It was to fool the police into thinking that in his secret identity Daredevil wasn’t a lawyer who would know the definition of entrapment.