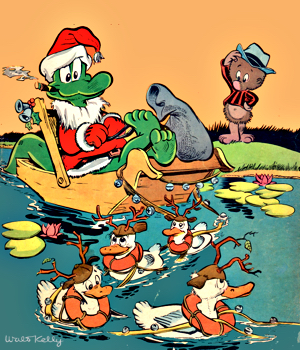 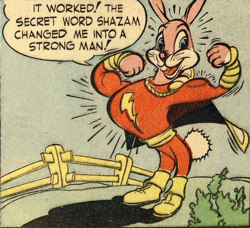 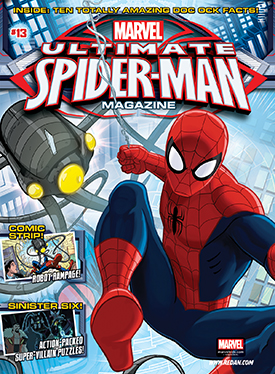 I’m a fossil. I know it. Proof positive: I read the daily newspaper. Not on a pad or tablet or my computer, I go out and actually buy the blamed thing. I read it during breakfast. Yes, I still get a certain percentage of my news from the computer and/or Jon Stewart and The Daily Show but I like having the physical newspaper, just as I prefer actual books to an e-reader. If I don’t get to read the paper, I get cranky. Or crankier.

I think I got that from my father, Joel W. Ostrander Sr. He was always the first up in the morning but, during my high school years, I was up second. We’d both be at breakfast and we would read the newspaper. I’d get the sections he was done with; that’s where I learned to be possessive about my newspaper. If I buy the newspaper, you get it when I’m done. If you want to read it sooner, go buy your own.

Dad and I would have breakfast and read in a comfortable silence unless my mother decided to get up early and join us. Mom was a talker in the morning. Worse, she would expect you to talk back and on the topic she started so you had to listen. You couldn’t just fake it or grunt replies. She expected coherent sentences. I can do that in the morning but it takes an effort and more concentration than I care to give. Just let me read my newspaper and no one gets hurt.

When I move to a new location, I always have to decide which of the available newspapers I’m going to read (assuming I have a choice which is increasingly becoming difficult as newspapers fold up). So I have to choose which newspaper is going to be my regular. While the editorial bent is an important factor (politically left of center is a prerequisite), the determining factor is usually what comic strips they have. I was raised on the Chicago Tribune but I would also buy the Sunday Chicago American because I enjoyed the comics there. Dad would bring home the Chicago Daily News in the evening so, all in all, I got a goodly number of strips.

Chester Gould was still doing Dick Tracy when I was younger (my buddy Joe Staton now draws it) and Harold Gray was doing Little Orphan Annie. Al Capp was doing L’il Abner, Hal Foster was doing Prince Valiant, Walt Kelly was doing Pogo, and Milton Caniff was doing Steve Canyon. I don’t know if music was better back then but, yes, the comic strips certainly were. Perhaps even more than the comic books I read, comic strips were influential in my development as a writer, especially in graphic literature.

Some of the strips are no longer around. Leonard Starr’s On Stage was beautifully drawn and wonderfully written. I would later come across the British strip Modesty Blaise, created by Peter O’Donnell and drawn by a succession of artists following Jim Holdaway, who drew it first. I read those still not only for pleasure but because O’Donnell was a master of the medium. He knew how to pace and drive a story, wasting nothing, with every line forwarding the plot or the characters in a minimum of words. Elegant and compelling.

These days, there are very few adventure strips or strips with a continuing narrative and that’s a pity. Mostly, it’s gag and humor strips although some strips have picked up that narrative aspect. For example, Luann – created, written and drawn by Greg Evans – started out as a gag strip but has developed into a narrative, with the characters allowed to age and change.

Some strips these days are minimally drawn, such as Dilbert by Scott Adams. The drawing is competent although I get the feeling some panels are simply repeated over and over again but the writing is generally sharp and satiric. Pearls Before Swine by Stephan Pastis also has minimal drawing although, again, the writing is generally sharp and funny. Mutts, written and drawn by Patrick Mc Donnell, is a modern classic; better drawn although sometimes the writing is not so sharp. Non Sequitur, by Wiley Miller, is unique – sometimes it is a single panel drawing and sometimes it’s a sequential strip. It has continuing characters but it also has many stand alone installments. This one is also superbly written and drawn and benefits, I think, from Miller’s work as an editorial cartoonist. He packs a lot into a little space.

Some strips, unfortunately, are wretched, badly drawn and almost incomprehensible. That was always true, however, and there’s good reading to be found even today. Almost all of them are also available somewhere on the Internet but I still enjoy reading them in the newspaper if I can. There’s a tactile pleasure in holding the newspaper and experiencing them that way. I recommend it.

As they (used to) say, see you in the funny papers.