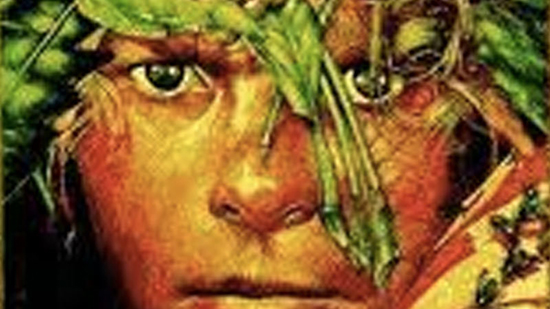 Get ready for some brouhaha. Actually, the brouhaha has already started.

As I was reading the Friday issue of The New York Times, my eyes fell upon this: “In ‘Lord of the Flies’ Remake, Girls Survive Instead.”

The film will be under Warner Bros.’ auspice and will be written and directed by Scott McGhee and David Siegel, who co-directed The Deep End (2001) and What Maisie Knew (2013). Two men. But that’s not what bothers me – although I’m sure others will certainly be bothered. On a business level, McGhee and Siegel were the ones who brought it to Warner Bros., so they certainly have the right to want to write and direct the film. (I don’t know whether or not the deal includes a clause in which Warner Bros. has the right to “exchange” (i.e. fire) them if the studio isn’t happy with their work, and even if it does, and Warner Bros. does so, it doesn’t mean that any women would be given the project.) And on a personal level, I’ve never believed that men aren’t capable of writing or directing a “woman’s story” if it is the right man with the right talent. And vice-versa, by the way.

What does bother me is apparently there are people, mostly women, who apparently think that women are not capable of cruelty and power mongering. For example, Roxanne Gay, author, essayist, journalist, professor, and comic book writer

(whose latest book, Hunger: A Memoir of My Body was the driving force behind ComicMix cohort Martha Thomases’ August 11th column tweeted this: 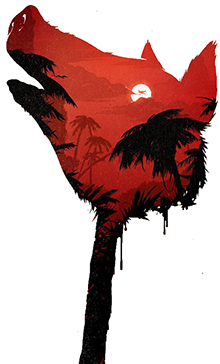 An all women remake of Lord of the Flies makes no sense because… the plot of that book wouldn’t happen with all women.

And this, from Clara Mae, a TV writer and contributor to WomenWriteAboutComics.com:

Lord of the Flies starring only girls: “Girls get marooned on an island. Band together to find food, shelter, rescue. Nobody dies. The end.”

William Golding also believed that “gender was also crucial to the larger point of the story (from the Times article):

“If you land with a group of little boys, they are more like scaled-down society than a group of little girls would be. Don’t ask me why, and this is a terrible thing to say, because I’m going to be chased from hell to breakfast by all the women who talk about equality. This has nothing to do with equality at all. I mean, I think women are foolish to pretend they’re equal to men – they’re far superior and always have been. But one thing you cannot do with them is take a bunch of them and boil them down, so to speak, into a set of little girls who would then become a kind of image of civilization, of society.’”

Fuck that!!, Roxanne and Clara Mae and William. I have some “in-your-face,” upfront and personal experience with the cruelty and power mongering of the sugar and spice set.

I was in eighth grade when my parents moved us to Bayonne Bew Jersey, 12 going on 13. For my parents, originally from Bayonne, it was a homecoming. For my brother – well, all he had to do was show that he could sink a basket, field a baseball, and go deep for the pass, and no problem with the boys. For me, it was quite a different experience.

A week before the move, the family went to the bar mitzvah of one of their friends’ children. On the other hand – one of my mom’s friends had asked her daughter to introduce me to her friends. “Sure, mom,” she said (or something like that). But she dumped me a.s.a.p, running to the bathroom (probably to giggle about the “new girl” who was about to move to Bayonne) with the rest of the gaggle. So there I was, standing by myself. That’s when the bar mitzvah kid, Paul, came over to me. My guess is, now, that his mom or father saw me standing by myself and told him to not leave me like that and to introduce me to his friends. So he did. All his “boy” friends. And suddenly I was inundated with boys. They huddled around me like I was Fran Tarkenton calling the play and they were my offensive team. They were curious, friendly, and even asked me to dance.

Well, the gaggle returned and watched the stranger become the “belle of the bar mitzvah.” I didn’t know it then, but I became Piggy that night.

And then I was attacked for trying to “steal their boyfriends” at Paul’s bar mitzvah. (Even the girls who hadn’t been there joined in the attack – they had “heard.”)

And it didn’t get better as the school year progressed. I was made fun of for being a tomboy. (Yes, there were other girls who were good at sports, but they weren’t “open” about it.) I was openly snubbed whenever a teacher wasn’t around. I was the butt of jokes – and I distinctly remember one teacher joining in. A chair was pulled out from beneath me just as I was about to sit down, so that I landed on the floor, and ended up getting yelled at by the teacher for “fooling around.”

And it continued into high school.

Yeah, I was Piggy.

And being Piggy has continued into my professional life, in a field (nursing) that is rife with woman – to – woman cruelty. Hell, it’s so common that it’s been given a fancy name in nursing peer-review journals and studies: Lateral and Horizontal Violence in Nursing – Lateral being peer–to–peer, Horizontal being superior–to–subordinate. And it encompasses everything from bullying to sabotaging to actual physical violence. Google it. You’ll be stunned. It happens everywhere around the world, which I discovered when I wrote my college senior thesis on the phenomena – Saudi Arabia, Malaysia, Great Britain, Peru. And yes, it still happens in this “post-feminist” era.

So don’t ever tell me that girls…and women…aren’t capable of being Lady(ies) of the Flies.