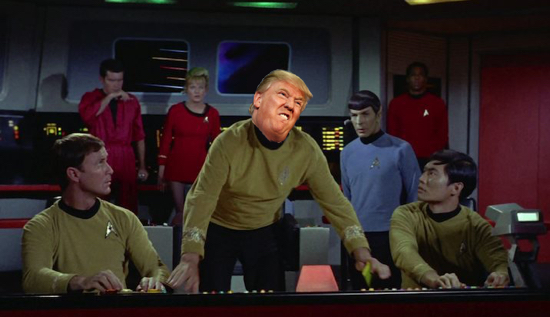 “People call those imperfections, but no, that’s the good stuff” – Robin Williams as Sean Maguire, Good Will Hunting (1997)

The first few times it was cute. But the joke got really tired, really fast.

I can’t count the number of times when what I really wanted to say to the person who thought he was Mr. Originality was “Shezbat!”

I was watching Hardball With Chris Matthews on MSNBC when the news broke last Monday. When the “Breaking News” banner interrupted the show, I thought the announcement was going to be something awful about ISIS, like the terrorist group had just exploded an atomic bomb in Baghdad or something.

Well, the news was awful. And like everybody else, I was floored.

And a memory clicked.

It was Memorial Day weekend, May 1986. I had flown out to California to spend the weekend with my then-beau, Norman Spinrad (the Hugo and Nebula award-winning science fiction writer), whom I had met while doing the convention circuit after the publication of my Lois Lane mini-series. He took me to a “chi-chi” party at a beach house in Malibu.

I was in the midst of “Hollywood.” There were all these industry people there, all of whom I’m sure didn’t have bank accounts with less than $1,000,000 in them, all of whom I’m sure were wearing Prada and Armani t-shirts with Halston jeans or sundresses by Chanel. Everyone had Louis Vuitton sunglasses and the women all had Vuitton handbags – it was a Vuitton convention! Then Johnny Carson and his wife came up the lanai steps – they were just walking by on the beach and wanted to say hello. There were a bunch of other stars there, plus producers and directors and cinematographers. Timothy “Tune In, Turn On, Drop Out” Leary was there.

I have to tell you, I felt like the proverbial duck out of water. I found an empty chaise lounge on the lanai, put on my sunglasses (Ray-Bans) and parked myself, just watching and listening to the talk. Barbara Streisand was the hot item of the day because she was charging a minimum of $5,000 a ticket for her concert, which she was going to give in the “backyard” of her estate with all proceeds going to charity. Everyone was outraged that she dare charge so much; everyone was going. I laughed to myself – just a bunch of Hadassah yentas after all – and started to relax.

The capper came when Norman brought me a drink, sat down and said, “You’re the hit of the party, did you know that?” I laughed and said, “You’re kidding me, right?” “This is Hollywood, Min,” he said. “An unknown woman walks into a party, puts on her sunglasses, sits down, and pulls a Greta Garbo, well, kid, everyone wants to know you are.”

I just shook my head. I suddenly didn’t give a shit anymore. “I’m going in for a swim,” I said to Norman. He said, “You don’t have swimsuit.” I said, “Greta Garbo is going to swim in her underwear. What the hell, it’s Hollywood, right?” He laughed and said, “Be careful. It’s not the Atlantic. There’s a really strong undertow that can grab you.”

So I borrowed a towel from my hostess, walked down to the beach, stripped down, and dived into the Pacific, which did have an incredibly strong undertow. After a while, feeling incredibly refreshed and at home, I came out, took off my wet underwear, put my clothes back on, and wrapped the towel around my head. I walked back up to the house. If any of the yentas had noticed my moment of nakedness on the sand, I didn’t care.

Norman brought me another drink. I took a sip, put it down, and bent over with the towel over my head, wringing my hair out. Then Norman said, “Mindy, I want you to meet someone.”

I swooped up, flinging my hair and towel back, and faced the most amazing blue eyes I have ever seen in my life. They were sapphires in a tanned face. I was mesmerized. And I felt an absolute physical blow of charisma and pure sexuality; it was like the last time I had gone waterskiing, and had lost control, and hit the water at the equivalent of 70 miles an hour, a speed at which hitting the water feels like hitting cement after taking a dive off a twenty foot building – if you survived it, that is. All I wanted to do was curl my hands in that thick brown, incredibly manly chest hair that was escaping from the top of this person’s unbuttoned shirt.

It was Robin Williams.

“Mindy, this is Robin. Robin, this is Mindy.”

“Hi,” I said. But what I was thinking – if I was consciously thinking at this point, my thoughts were whirling like a dervish and I was trying to get my purely corporeal reaction under control and praying it didn’t show on my face – was something like: Robin? Robin Williams? Funny, absolutely. Sexy beyond words, huh? And also, Don’t act like an asshole.

I’m not sure exactly what Norman said – I was still trying to calm down my desire to just jump his bones, still so shocked by what I had just experienced – but it had something to do with Alixandra, who was 6 ½ in 1986, and Robin said he had a young son, too, then asked me if my daughter was here in California with me.

“No, she’s home, with Grandma and Grandpa.”

And suddenly Robin Williams and I were talking about kids and babysitters and the anxiety young parents always feel when the kids are left with someone else – even Grandmas and Grandpas.

“Speaking of which,” he said, “Zach’s in the car out front and I told him I’d only be a minute, so I gotta book.”

So this week, reading all the articles and listening to all the newscasters and pundits talking about what a nice guy Robin Williams was… I got it. I knew.

And I’ve wondered all week, I’m wondering now, right this very minute: if Robin and I had had a chance to sit down and really talk, would I have told him about my depression and would he have told me about his, and would we have connected on another level besides being young parents at the same time?

And I’ve been wondering, am wondering right now, this very minute: why didn’t I commit suicide during those dark times in the abyss, when I wanted to so badly but couldn’t, and why did Robin do it?

What, or where, was the difference?

On Thursday this past week I went to work. A co-worker saw me and said, “Hi, Mindy, where’s – sorry, that’s not funny anymore, is it?”