This week’s list of new comics in stores is sponsored by Manhattan Comics and Comixology. Buy new comics now!
END_OF_DOCUMENT_TOKEN_TO_BE_REPLACED

This week’s list of new comics in stores is sponsored by Manhattan Comics and Comixology. Buy new comics now!
END_OF_DOCUMENT_TOKEN_TO_BE_REPLACED 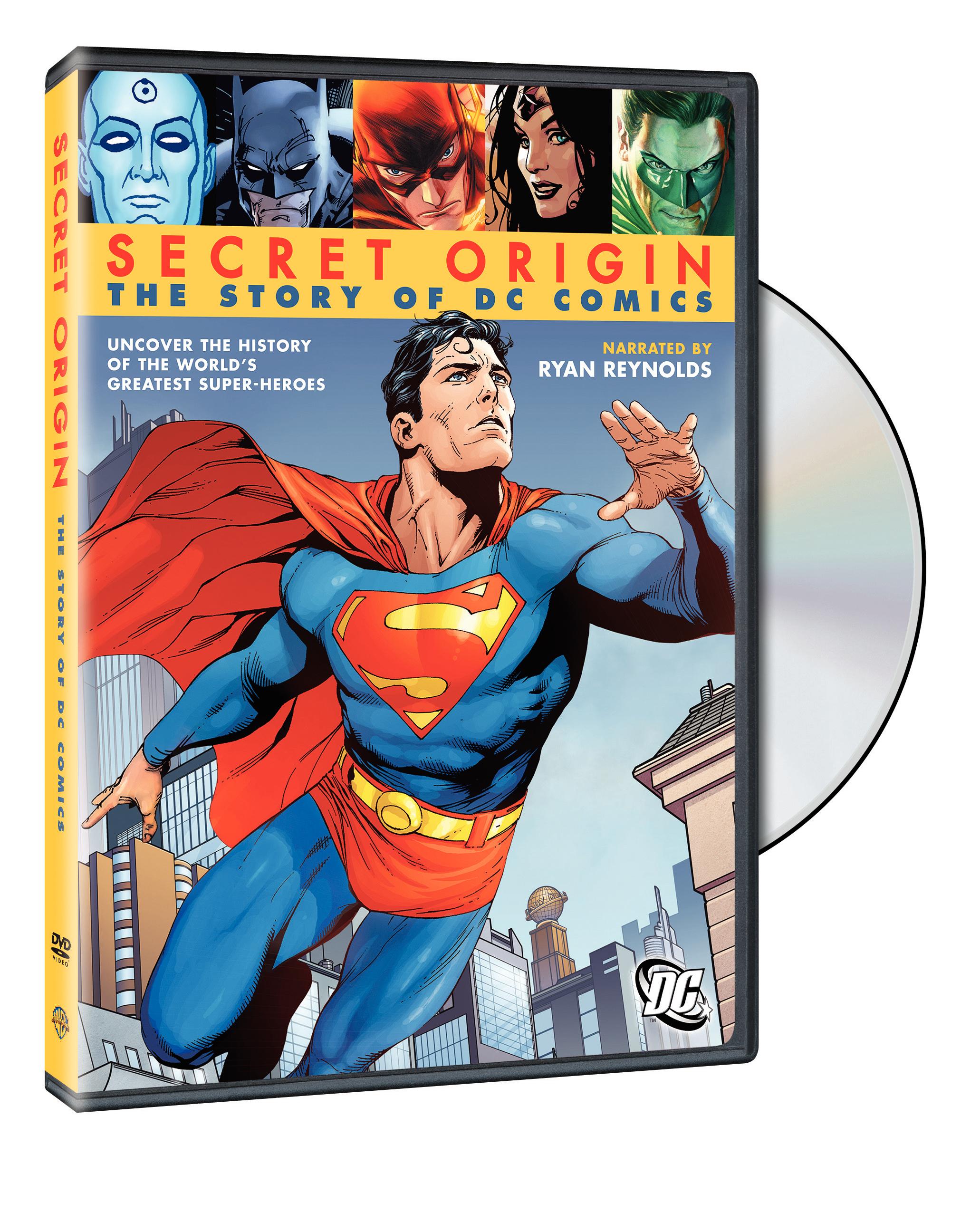 DC Comics had grand plans for its 75th anniversary but most of them were shelved when the company evolved into DC Entertainment and the mandate was to look ahead, not back. Still, there’s the mammoth book coming from Taschen and this month we’re being treated to the documentary [[[Secret Origin: The Story of DC Comics.]]] Narrated by next summer’s [[[Green Lantern]]], Ryan Reynolds, the 90 minute feature explores the company from beginning through today but given the wealth of subject matter, at best, this is a surface study.

The documentary makes good use of archival footage from creators no longer with us and mixes them in with fresh interviews so we hear from executives, writers, artists, and many of those who built the company. Among those you will see on screen include Neal Adams, Irwin Hasen, Marv Wolfman, Mark Waid, Dan DiDio, Jim Lee, Paul Levitz, Walter and Louise Simonson, Chip Kidd, Joe Kubert, Denny O’Neil, Mike Carlin, Grant Morrison, Neil Gaiman, Len Wein, Dwayne McDuffie, Geoff Johns, Karen Berger, Kyle Baker, Paul Pope, and Gerry Jones. Interestingly, Jenette Kahn, the architect for much of the company’s modern era, and current prez Diane Nelson do not appear.

This is a corporate history and as a result, it’s most famous black marks in its history, from the Fawcett law suit over Captain Marvel to the struggles of Jerry Siegel and Joe Shuster to gain some recognition and cash for[[[ Superman]]], are entirely omitted. Similarly, other corporate facts are either blurred, such as the separate companies[Detective Comics, Inc. and All-American Comics before becoming National Comics or the acquisitions of Quality, Fawcett, and Charlton’s heroes as each company folded are missing.

The chronology is a bit jumbled now and then but overall, we go from [[[New Comics]]] in 1935 though the forthcoming DC Universe Online. We’re treated to clips from the animated shows, live-action films, and some nifty archival footage of the Superman Writers’ Summit where the team plotted the death of Superman. The movie serials are ignored which is a shame and not enough emphasis is given to the current era of animation which was kicked off in 1990 and hasn’t looked back, influencing the comics and other animators.
END_OF_DOCUMENT_TOKEN_TO_BE_REPLACED

ComicMix Radio: Lots of New Comics and a New Place to Put Them!

[EDITOR’S NOTE: This episode of ComicMix Radio was initially scheduled to go live yesterday, but was delayed due to some technical issues. When you listen to the broadcast, please close your eyes and pretend it is Tuesday for maximum effect. -RM]

Back from Wizard World we have a few more bits o’ news to share plus our weekly run down of new comics and DVDs. Then we unveil a new way to clean up those piles of comics you have all over the place.

And where does Vampire Hunter D fit in? Press the button and you’ll see!