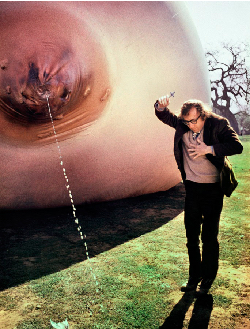 BOB INGERSOLL: The Law is A Ass #334: THE FALL OF THE FANTASTIC FOUR; THE WINTER OF MY DISCONTENT

I have no idea what happened in this comic.

The trial shown in Fantastic Four v 5 # 5 started because some creatures escaped from the pocket universe created by Franklin Richards and wreaked havoc on Manhattan. A bunch of citizens upon whom havoc had been wreaked sued the Fantastic Four in a class-action suit. Had that been the extent of the trial, I would have had no problems. But somehow the trial morphed into something so unrecognizable that I became gobsmacked and I found myself spouting British slang instead of simple American words like nonplussed or flabbergasted.

And I found myself unable to understand what happened in the comic.

How? A civil case can’t just become a criminal case, they’re entirely different types of cases with entirely different burdens of proof. Remember O.J. was tried in a criminal case for murder and found not guilty because the prosecution couldn’t prove his guilt beyond a reasonable doubt? Remember how he was then sued in a civil court for wrongful death where the jury found, by a preponderance of the evidence, that he had committed the murders? His criminal case didn’t suddenly become a civil case. He had two trials. Trials in the plural.

I suppose that while the class-action lawsuit against the FF was being prepared, some party became alerted to the FF’s history and brought criminal charges against them. But that would have been a separate case and a separate trial, like O.J.’s trials – trials plural – were. So what happened to the civil case? It didn’t just become the criminal case, as the story implies.

Also the FF’s trial can’t be a criminal case. In the United States, the Fifth Amendment absolutely forbids the prosecution from calling the defendants as witnesses in its case in chief. Yet Prosecutor Toliver called Reed Richards, Ben Grimm, Sue Richards, Johnny Storm, Reed Richards again, and then Sue Richards again as prosecution witnesses. He called more defendants than a bailiff in the arraignment room. So it must be a civil case for damages not a criminal case.

Except, in the end the judges presiding over the trial – yes, judges, there were clearly three of them sitting at the bench – didn’t award any civil damages that I saw. Instead, the judges evicted the FF from the Baxter Building and took custody of the Richards’ children and the other children of the Future Foundation and put them in the care of S.H.I.E.L.D.

Only I don’t see how that could have happened. If the case was a civil damages suit, the trial court wouldn’t have had jurisdiction over the question child custody. That would have been the purview of Family Court, and that court wasn’t involved in the case at all, that I could see.

Now, I suppose forfeiture of the FF’s custodial rights and eviction from their home could have been conditions of probation http://legal-dictionary.thefreedictionary.com/probation. But that would mean that the case was a criminal case, that the FF was convicted, and that they were put on probation. That might work. (Are you starting to feel like you’re watching a Tennis match here?)

Yes, a criminal case. The case couldn’t have been a civil case, because there were three judges. In the United States, when a civil trial waives a jury and tries the case to the judge, the judge who hears the case is the judge presiding over the trial. That’s judge in the singular. Civil trials don’t normally have three-judge panels.

But, if it was the World Court, then why was the trial being held in “Manhattan’s central courthouse,” and not the World Court building in The Hague? Possibly, because Article 3 v of the Rome Statute, the multi-national treaty which created the World Court, says that, “The Court may sit elsewhere, whenever it considers it desirable, as provided in this Statute.” Most of the witnesses – which mostly seemed to be the FF itself – lived in New York. I could see the World Court relocating this trial to New York as being more convenient to the participants.

That’s it then, the FF was being tried for crimes against humanity in the World Court. Crimes such as, oh what heinous acts did Prosecutor Toliver ask them about? Minor physical damage caused by the Invisible Woman. Property damage caused by The Thing. Property damage caused by the Torch. Property damage caused by fighting the Hulk  in Manhattan. Not helping S.H.I.E.L.D. or some other agency trap Namor so he could be tried for war crimes. Not sharing what they knew about the Inhumans with any branch of national security. Letting Reed and Sue’s daughter Valeria live with that known terrorist Dr. Doom. Misplacing the Ultimate Nullifier. Letting Annihilus and Blastaar and other such nasties come out of the Negative Zone portal to attack New York City. Sue causing a riot and destruction in New York after she had been brainwashed by the Hate-Monger and adopted the name Malice. Oh yes, and Ben Grimm, in a fit of pique, destroying the taxi cab of one Mr. Dupois and the FF’s lawyers failed to make reparations in a timely manner.

So that, property damage and negligence is how prosecutor Toliver defines crimes against humanity. Know how Rome Statute defines it? “[P]articularly odious offenses in that they constitute a serious attack on human dignity or grave humiliation or a degradation of human beings.” Crimes against humanity are also the acts of government, not men. Okay, men do the acts, but do so either as part of a government policy or with the approval of the government. Crimes against humanity include such things as murder, massacres, extermination, human experimentation, slavery, cannibalism, torture, rape, persecution and other inhuman acts. They don’t include forgetting to throw the dead bolt on the Negative Zone hatch.

That being the case, the case wasn’t a trial in the World Court for crimes against humanity, either.

So what was it?

I have no idea what happened in this comic.