It’s amazing to see the many ways comics, and by extension geek culture, have so thoroughly infiltrated the entertainment and marketing landscape. Comics-based movies and TV shows continue to be fruitful and multiply, while brands try to keep up and in an effort to engage fans in authentic conversations.

Amidst the continuing and exciting expansion of comics-based entertainment, I thought it might be interesting to try to understand this growth from a creator’s point of view. Anyone who has ever let a friend drive their new car, or sent a child off to school knows what it’s like to let go of something you cherish. And more than that, you fully recognize the cringe-worthy reality that the thing you cherish might come back changed. There’s always that worry that your car might be returned with a dent, or your child might come home from school with a vocabulary sprinkled with a few new #$@% words. 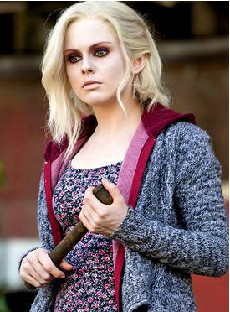 I reached out to Chris Roberson, a brilliant comics writer who’s created adventures for a wide range of characters (everyone from Superman to The Shadow), has created his own characters and leads the charge for creator-owned comics, along with Allison Baker, at Monkeybrain Comics. At DC Entertainment’s Vertigo imprint, Chris and artist Michael Allred created the iZombie series, which is now enjoying a new life, resurrected as a hit series on the CW network. 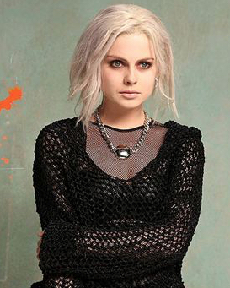 Ed Catto: Can you tell me a little bit about what you were trying to create with your iZombie comic series and provide some background?

Chris Roberson: I’ve always liked the zombie genre, but had begun to feel like it was unnecessarily locked into a post-apocalyptic setting. I wanted to try setting a zombie story in the modern day, with society still up and running, but with strange things happening in the shadows. And to take it one step further, to have the zombie be the point-of-view character. Everything else kind of followed from there!

EC: Were you happy with how the comic series turned out? And what would you have done differently if you could go back do it over again?

CR: Oh, definitely! I’m really proud of the work that Mike and Laura Allred and I did with the series. My only regret was that we never got a chance to get a giant kaiju monster on stage. That would have completed the set!

EC: What was it like when you found out that your iZombie concept was going to be a series? How long did it take to reach network television and can you tell us some of your reactions and thoughts along the way?

CR: I think the first we heard about the series being in development was late summer or early fall of 2013, and by early 2014 we’d been sent a copy of the pilot script to read. We visited the set last spring, met the producers and some of the cast, and in general were really impressed with everyone involved. Over this past winter we were sent rough cuts of the first four episodes, and were just blown away by how fantastic they were!

CR: I like to say that we are “informed but not involved.” They have kept us in the loop at each stage of the process, and are happy that we’re pleased with the way the series has turned out. But otherwise, I’m just a member of the audience! (Though one with a proprietary financial stake in the show…)

EC: Comics have a sad history of many creators not fully partaking of the economic success of their literary creations. Fans are well versed on everything from the tragic story of Siegel & Shuster to Gerry Conway’s recent posting about being excluded from creator credits of certain DC characters. Here’s the question – do you think today’s creators are better prepared to protect their own rights, or is it still the same old story?

CR: I think it depends on the creator. Sure, many of us know to walk away from a bad deal, but there are always going to be hungry young creators who are more than willing to sign away all their rights in return for far too little. But I think that there’s a difference, too, between work-for-hire and creator owned stuff. When I do a work-for-hire project, it’s usually because I want to work with those characters or concepts, and will happily surrender rights that I would never dream of giving up for an original property of my creation.

EC: As a follow-up question, can you tell us a little bit about how you’ve organized your publishing endeavor, Monkeybrain Books & Comics?

CR: It’s pretty simple, really. We only license the digital rights, and only for a period of five years. All the other rights are retained by the creators. Which is why you see print editions of Monkeybrain titles coming out from IDW, or Dark Horse, or Image, or what-have-you. The creative teams are free to make whatever deal suits them best.

EC: What’s coming up next for you?

CR: I am doing some amazingly cool work-for-hire stuff for Dark Horse that hasn’t been announced yet, but which is keeping me VERY busy. My bucket list is getting very short!

EC: Thanks for the insights and the time, Chris.

The distribution system that provided us with books, magazines, newspapers and comics started falling apart some 60 years ago. The term “newsstand” is no more relevant today than the term “buggy whip,” newspapers are folding so fast it’s affecting fish sales, and magazines are mostly sold at the bookstore chains that are going out of business faster than a speeding bullet. So it’s no surprise that I think the tablet computer is the greatest thing to happen to the publishing industry since Guttenberg learned how to spell.

The problem with comic books is that, while they look better and read better on tablets, for the past 20 years or so we’ve repositioned comic books into collectibles, with a half-dozen collectible covers and multiple printings and all sorts of folderol. Do people buy comics for the stories any more?

Well, yes we do, but more and more in the form of trade paperbacks, omnibus editions, and electronic downloads. The average sale of a traditional 32-page pamphlet comic book, even those featuring most major characters, is embarrassing. Sales have been growing lately, but a publisher wouldn’t get out of bed in the morning if he or she had to justify all that expense and lousy cash flow strictly by pamphlet sales.

History has shown us comic book readers like to keep their comics around. I don’t know why; the idea that you’ll want to refer to them in the future is enticing but impractical. Nonetheless, we usually keep our comics around for a while.

This is why I think last week the comic book medium quietly entered a critical new phase. ComiXology, the leading distributor of electronic comics, has entered into agreements to allow you do keep your downloads on your computers and sundry storage media. You will no longer be dependent upon access to decent Wi-Fi to get the comics you paid for, you will no longer live in fear that the electronic distribution service might go out of business and obliviate your collection.

In other words, you get to keep your comics. You pay for it, you keep it.

Initially, only a handful of publishers are allowing ComiXology to sell their comics DRM-free. That’s “digital rights management,” for those of you who are merely semi-nerds. The initial participating publishers are Image Comics, Dynamite Entertainment, Zenoscope Entertainment, Thrillbent, Top Shelf and MonkeyBrain. These are not outfits that publish out of their garages.

All of these outfits already have dabbled in DRM-free distribution, but in their brief existence ComiXology has sold upwards of a quarter-billion digital comics. That’s one powerful distribution service. So big, in fact, that Amazon bought the company last April.

Will Marvel, DC, Dark Horse, IDW, Archie and the rest join in? I’m dubious about Marvel and DC because their parent companies, Disney and Warner Bros (and maybe soon Rupert Murdoch) react to bootlegging the way slugs react to salt. They conflate electronic distribution with bootlegging. Of course, iTunes and the rest sell a hell of a lot of DRM-free stuff and it’s actually easier to bootleg it for free than it is to enter all that information. But people pay for millions of digital downloads every day. Why should comics be any different?

Of course, that tablet will change just like every other electronic toy. Smartphones are getting bigger, “laptop” computers are getting lighter and thinner, and it won’t be long before there’s another game-changer device that will be better and cooler. I’m thinking direct chip implants to the brain. So the question is, even if comics sales thrive on tablets and computers, will they adapt to whatever’s next?

I sure hope so.