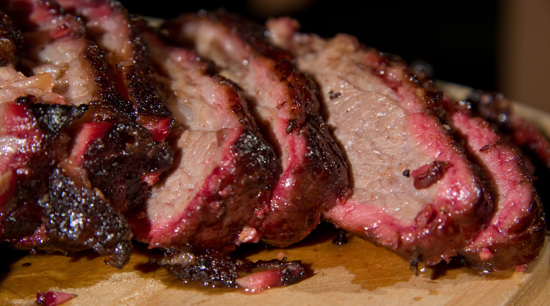 Life is about balance. After last week’s screed on my personal health journey, it’s only fair I balance things out with a very gluttonous listing of my most favorite meals whilst being an indie creator. You see, a life in comics — part time, at least — find folks assembled around a table to break bread more often than you’d think. When logging in considerable hours at a convention, creators often will nibble here and there, and then run out of the expo hall in a mad dash for food when the con floor closes. Great minds have met over bowls of pasta and pizzas, whilst inking deals on Batman or the X-Men. Here are, in no particular order, five meals that remain stuck in between my teeth: 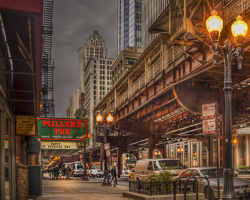 The first time ComicMix honcho Mike Gold asked Unshaven Comics to meet him for a meal, he chose Miller’s Pub in downtown Chicago. Prior to the lunch we shared, Mr. Gold was a fleeting presence at the Wizard World Chicago where we made our debut. The lovely late Linda Gold had stumbled across we Unshaven Lads, dying a slow and panicked death in Artist Alley. She listened to our pitch and promised to bring Mike by. After briefly meeting us, Mike and I exchanged e-mails post-show. When the opportunity arose to find Mr. Gold back in the Chicagoland area, he proposed a meeting of the minds. Over hot sandwiches and the first round of name-dropping stories we would succumb to hear on a yearly basis, Mike looked us in the eyes (as we demanded Unshaven Comics pick up the check) and said the kindest thing we’d ever hear in our careers: “Boys, I will do whatever I can to see you doing well in this business.” And let me tell you, nothing has ever tasted sweeter.

A few years back, John asked us to pick him up at his house and drive him down to the Detroit Fanfare comic convention. We were more than happy to oblige. The next morning, he asked us to join him for breakfast. Amidst pans of bacon, lukewarm pancakes, and runny scrambled eggs, John waxed poetic about all sorts of things. Star Wars, the Suicide Squad, playwriting in Chicago, and even the secret origin of Wasteland all came tumbling out from John’s timid timbre. Matt, Kyle, and I sat in awe of an industry legend as he treated us as friends… not the drooling fanboys we were. And not to be undone by Mike Gold, John heaped a bit of praise on us (as we picked up the check): “Seriously, I don’t know how you guys do it. You have everything planned out to the nines. I’m in awe of you.” Not bad for the cost of a few plates of breakfast meat.

The CowFish with The Samurnauts

Unshaven Comics got greedy in 2013. Figuring we could sell tons of books by splitting up and covering more ground, we sent Unshaven Salesman 2000 (Kyle Gnepper) off to a show in Cincinnati whilst Unshaven Matt and I covered the HeroesCon in North Carolina. Knowing that sans-Kyle we’d be without our real power, our blue and yellow Samurnauts (Cherise and Erik) joined our menagerie to bolster our abilities. While we learned that four of us couldn’t match a single Gnepper, we did find something redeeming about the lackluster show. Unshackled from Kyle’s more predictable palette, the Samurnauts, Matt and I found a burger/sushi restaurant in a neighboring town. I could spend literally an entire article simply remarking about what all we ordered… or I could simply say we loved the place so much, the manager gave us coupons if we’d consider coming back the next night. And we very much did.

When Unshaven Comics makes the 14-hour trek from Chicago to New York (or, in fact, Homewood to Weehawken), ComicMix’s Glenn Hauman is always the most gracious of hosts — opening his home to us for the price of a few bottles of hooch. As the New York Comic Con sits on the single piece of New York real estate devoid of decent food, we often wind up at la Casa del Hauman for some real New Jersey takeout. But last year, Glenn’s amazing (talented, beautiful, funny, and charming) wife demanded she make us a home-cooked meal. A nice roasted chicken and some sides — but it was served over a table filled with laughter, embarrassing stories, and friendship. With this past NYCC our fourth journey to the city that never sleeps, this single meal stands out as a testament to the best part of the tri-state area: the people who you make friends.

Some BBQ joint in Stamford, CT

I’ll end here on the most sincere memory I have in regards to comics and food. As mentioned above with the meal at Miller’s Pub, with this meal Mike Gold quickly morphed from a coveted mentor to both a mentor and a mensch. When my wife and I got married in November of 2009, we’d invited all of the ComicMixers we knew — knowing that the gesture was largely symbolic given the distance any of them would have had to travel just to see a then super-fat Marc stomp on a glass and yell L’chaim. As it would turn out, the newly minted Mrs. Fishman and I would take our honeymoon out along the East Coast (we didn’t quite google that Cape Cod is really a summer town). Mike was quick to demand that on our way home, we move our route to swing down his way. There, not far from the WWE headquarters, Kathy and I would be greeted by Glenn, Mike, Linda, and a smattering of other ComicMix friends for a BBQ lunch. As with much of this list: I don’t remember the food as much as the feeling that I’d made friends I’ve held on to ever since. That these oddballs would welcome me and mine into their family has cemented that my life in comics has been filled with some of the finest meals a man could dine on.