John Ostrander: Fool Me Once 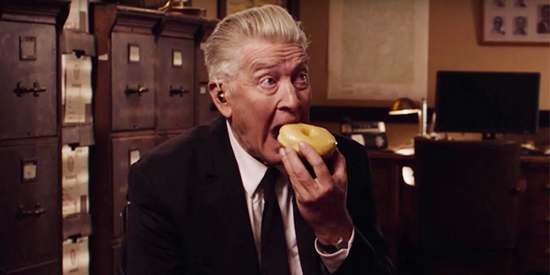 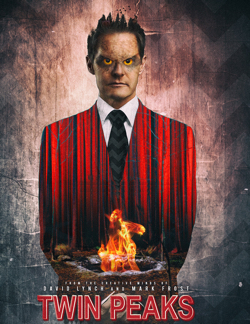 Entertainment Weekly recently made its (multiple) cover story the return of the TV show Twin Peaks. I don’t know if that’s a good thing, or even if I want to watch it. This is surprising to me since I was a big fan for most of the show’s run.

The show was set in the Pacific Northwest in a small town and was created by David Lynch (writer and director of the movie Blue Velvet) and Mark Frost (one of the main writers of the TV series Hill Street Blues). The show took place in the mythical small town of Twin Peaks, nestled in lumber country, and deals with the townsfolk, many of whom are, well, odd. The show starts with the discovery of high school homecoming queen Laura Palmer who has been murdered. Circumstances draw in the FBI in the person of Special Agent Dale Cooper, played by Kyle MacLachlan, a favorite actor of Lynch’s. Agent Cooper is, well, odd. He solves mysteries with the help of dreams and visions that he gets. He’s a very Special Agent and, I think, something of a shaman.

The show is a surreal mixture of crime drama, soap opera, and supernatural horror. The being ultimately responsible for Laura Palmer’s death is a serial killer named Killer Bob who is a demonic being who possesses humans – including folks living in Twin Peaks. And some characters have evil doppelgangers. Did I mention that the show is, well, odd?

It opened very well against stiff competition on April 8, 1990, but it lost a lot of its audience as it went on. It was cancelled half way through the second season but a big letter writing campaign had ABC run the last episodes. There was no third season but there was a movie in 1992 – Twin Peaks: Fire Walk With Me. It served as a prequel and sort of an afterword. It was not well received either critically or commercially and that was about it for over 25 years.

My late wife, Kim Yale, and I were big fans of the show at the start; what can I say – I like ‘em odd so long as they are also interesting. We even went to the movie and were badly disappointed. As the show went on, we became increasingly convinced that those running the show didn’t know where they were going. I’ve since read that both Lynch and Frost thought the murder of Laura Palmer was a MacGuffin and they originally hadn’t planned on ever resolving it.

The death of Laura Palmer doesn’t strike me as a MacGuffin. It’s too central to the overall plot of Twin Peaks. And, for me, if you’re going to show me a murder, you’d better damn well tell me whodunit.

They did but it was obviously not important to the creators and I’m not sure they knew whodunit when they started the show. Oddly enough, it’s very central to the movie.

Both Lynch and Frost wandered off to other projects after launching the TV series and it shows. Especially after the killer was revealed, it didn’t seem to know where it wanted to go.

Furthermore, even in the article, everyone doing the new version are tight lipped. Lynch will reveal almost nothing about the new series except that it occurs 25 years after the last one ended. We see that a lot of the cast is back but just about nothing else. C’mon, man; sell it! Tell me why I want to sign on again… because I feel burned.

This is not to say that Lynch isn’t a great director. In addition to Blue Velvet, he did Wild At Heart and, a particular favorite of mine, The Straight Story. But he also did Dune as well as Twin Peaks: Fire Walk With Me. He’s always interesting but I’m not sure if the new Twin Peaks will be worth investing my time and money.

One good thing – he and Frost wrote all the installments of the new series and Lynch has directed all of them. That’s hopeful. But I’m still leery.

Fool me once, fuck you.

Fool me twice, fuck me.