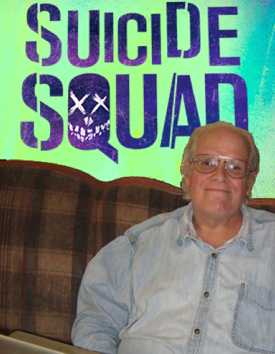 John Ostrander: Back to the Beginning 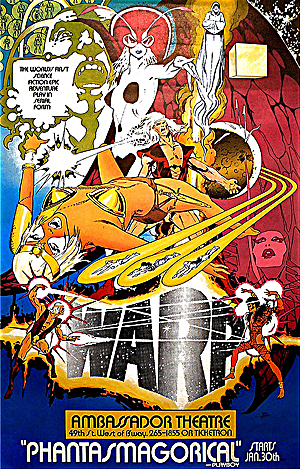 When I get asked by earnest neophytes how to break into comics, my pat answer is “With a pick and a crowbar through the roof in the middle of a moonless night.”

Somewhat less than helpful, I know.

The truth is that I don’t know how to break into comics. I don’t think most of you can go the path I took. I had an old friend – Mike Gold, who you may have seen hereabouts – and he knew I loved comics and he had liked something I had written for the stage and offered me a chance. When Mike had first gone to NYC to work for DC Comics, I pressed on him a sample script I had written for Green Lantern. He dutifully did but the script didn’t go anywhere and it shouldn’t have. I was very keen but very raw in those days (although I did use elements of it eventually; writers are forever cannibalizing themselves).

Fast forward a few years. Mike left DC to return to Chicago and eventually co-found First Comics with Rick Obadiah. The first comic that First Comics was going to print was an adaptation of the play Warp!, produced by the legendary Organic Theater of Chicago. The play trilogy described itself as “the world’s first science fiction epic-adventure play in serial form”. The director and co-writer, Stuart Gordon, freely acknowledged that he was very influenced by Marvel Comics. (We’re talking late 60s, early 70s Marvel. The primo stuff.)

I was – and am – a huge fan of Warp! Heck, I was a huge comic book geek at the time as well. Peter B. Gillis was hired to adapt the play but I got a call one day from Mike (who was now supreme editor and High Poohbah of First Comics) asking me if I would like to try my hand at writing an eight page back-up story.

Of course, I said yes.

And so began the process of picking one of the characters from Warp!, figuring out a story, working out the plot, breaking it down into page and panels, doing it and re-doing it, learning the tricks of the trade as I went. I had written plays which are similar to comic-book scripts but comic book writing has its own practices and demands. I’d write it up, Mike would give me notes, I’d re-write it, I’d get more notes and so on until one day Mike finally called me and congratulated me – they were going to use my story as the back-up feature in the first issue of Warp! which was going to be the first comic published by First Comics.

“Of course, you sap,” Mike replied and gave me the page rate.

As a side note, I’ll mention that at that point I hadn’t written anything for a year or more. I felt I had a bad case of writer’s block. I discovered that there’s nothing like getting a paycheck to dissolve a writer’s block.

I went on from there to write more back-ups. Then I got Mike Grell’s Starslayer as a regular assignment and from there I originated GrimJack thus creating my career or sealing my fate, whichever you prefer.

The fact that I have a career is largely Mike Gold’s doing. As my first editor, he taught me not only the tricks of the trade but how to be a good writer. When Mike returned to DC, he brought me with him. Thanks to Mike, I got the job plotting Legends which was the first big DC crossover following Crisis On Infinite Earths. It may not sound like so much in these days of constant company wide crossover events but it was big back then. (Len Wein did the dialoguing and John Byrne did the pencils.) At Mike’s suggestion, we debuted Suicide Squad in the pages of Legends.

Mike also famously drafted me into doing Wasteland (we brought Del Close along). It was Mike’s idea and I wasn’t sure about it or at least my doing it at first. However, Mike is persuasive and I’ve learned when Mike has an idea to just say yes; at the very least, it will be interesting and potentially it will be some of my best work (as with Wasteland).

Mike has also been a very old, very loyal, and very good friend.

It boils down to this – if you like what I’ve done with my career, hey it’s all due to me.

If you don’t like what I’ve done, blame Mike.

Sean Bean is alive and well and heading into a second season of the TNT action series LEGENDS (new episodes premiere on Monday). Sean, along with new show runner Ken Biller, talks about the big changes that start out this new season and how it is a great place for new fans to jump in. Plus Dave Kindig knows BITCHIN RIDES. His car lovers’ series is into season two on Velocity and he talks about why so many of us are fascinated with four wheel toys.

The marketing campaign said “DON’T KILL SEAN BEAN” but producer Howard Gordon (24, HOMELAND) assured us there was little chance of that happening on LEGENDS. Howard, and series star Ali Larter, fill us in on the new TNT drama, plus meet the REDWOOD KINGS who are cutting up every week on their new Animal Planet show.