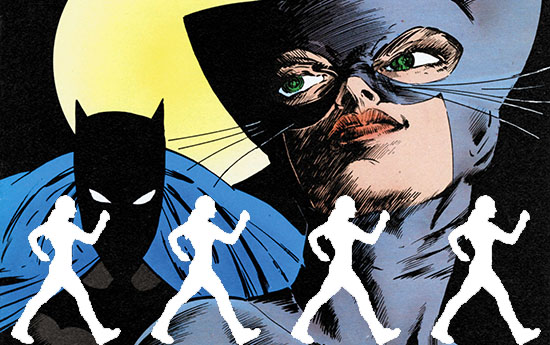 I’m pretty much stuck at home these days because of the fractured ankle. Can’t go to my day job for six to eight weeks, per my orthopedic surgeon, and even with the walking boot, the orders are to stay off of it as much as possible. The first couple of weeks I probably walked and stood more than I should have, but as I will snarkily tell my doctor when I see him on August 10 that that’s what happens when your mom dies. Amazingly, there was barely any pain, though perhaps that was a function of the Advil and the Pinot Noir at dinner afterward. Yes, we had a Jewish version of a Christian repast at my mom and dad’s favorite Italian restaurant. (And perhaps my mom was intervening.)

But the other day, right after the almost week-long heat wave in the NYC metropolitan area broke, it was just gorgeous out, and I said to myself, “Self, I have just got to get out and enjoy this weather,” so instead of having my groceries delivered I walked down the block to the supermarket, but I forgot to figure in the walk around the store plus the walk back up the block to my apartment building, a walk hindered by the added burden of my food-laden tote bags – leave it to say that I hobbled my way back home. And once home, I remembered that I had clocked it once wearing a pedometer, and the total distance is actually close to ½ a mile. Oops.

I haven’t repeated that exercise.

So what have I been doing? As I mentioned two weeks ago, “I’m working on a story for a major project that ComicMix has put together that we’ll be announcing in a bit over a week. And I’m also putting together a proposal for a graphic novel,” and as it turns out, it’s a good thing that I do have lots of time, because I’m learning about myself as a writer, even at this late stage:

(1) I am not the most patient writer in the world;

(2) I am too much of a goddamn perfectionist; and

(3) I am terribly guilty of the most common illness found in the demographic known as writers – procrastination.

But I’m also learning “how to deal.”

Procrastination. I tend to wake up early without setting an alarm clock – 7:30 at the latest. And I am developing the habit of getting out of bed, going to the kitchen, making my “cuppa tea,” and sitting down to write. And it’s working! I write straight through to 11 or 12 and take a break. If I break at 11 I watch The Price is Right because I really like Drew Carey – if I break at 12 I usually eat a salad for lunch and then read or log on to Facebook to express my opinions on all things Il Tweetci the Mad, or do a crossword puzzle or stream something on the television or computer. The hard part is getting back to work. But I’m getting there. Even if the end result is only another paragraph or a bit of dialogue, I’m disciplining myself to get back to the job at hand.

Being too much of goddamn perfectionist. That means I can get stuck rewriting a sentence, a word, a paragraph more times than is good me. Literally, I can cut and paste for an hour. (Hell, I’m doing it right now.) I really have to discipline myself not to revise and rework sentences, words, and paragraphs left over from yesterday – or even an hour ago. That’s harder.

Patience. Patience, for me, is hard. Really hard, because I’ve never been a particularly patient person. When I want to know something, when I want to do something, I tend to want to know it, to do it, now – which is probably the reason I love spoilers, by the way. But writing demands patience; waiting for the right phrase, the right dialogue, the right action to come. It’s not a race, I keep having to tell myself. (Well, except for deadlines.)  And then there are the times when I just get stuck. And that’s the hardest time to have patience.

I have always tended to write straight through the story, i.e., begin at the beginning and keep going to the end. (Impatient.) But two days ago I decided to try something new.

The middle of my story for the ComicMix project isn’t entirely clear in my head – oh, it’s there, but it hasn’t yet worked its way down from my brain to my fingers and keyboard.  But the ending has been there right from the start – it was the flame that lit the fuse.

So instead of struggling with the portion that was being stubborn, I decided to write the climax. There’s not much I can do about my perfectionist streak – I need for it to be “just right,” so I am switching and shifting words and sentences and paragraphs – but to my delight, this method is also clearing the logjam. Here’s a metaphor:

When I was a kid growing up on Staten Island, my father would drive us over to Fort Wadsworth to watch the construction of the Verrazano-Narrows Bridge between the Island and Brooklyn. First, one tower went up, then the other. Then they strung the cables between the towers. With these pieces in place, they began the construction and placement of the roadway, the actual bridge between the “beginning” and the “end.”

Many writers use this “connecting the towers” method, but it’s new for me. Is it making me a better writer? Will my story be more cogent and stronger because of it? Perhaps. I think so.