Martha Thomases: Of Milkshakes and Men 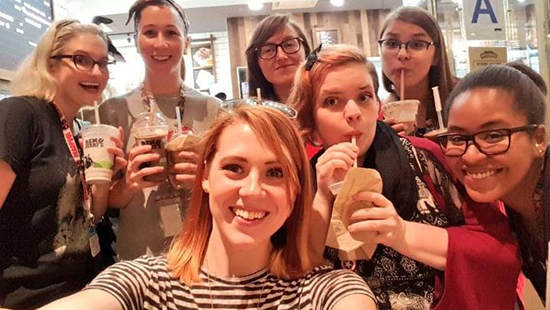 This column is not for the lactose-intolerant. Or for the anything-intolerant.

Last week Heather Antos, an editor at Marvel, went out with a bunch of her colleagues for milkshakes at a nearby Ben & Jerry’s and posted a selfie on Twitter. She said, “It’s the Marvel milkshake crew! #FabulousFlo.” The hashtag refers to Flo Steinberg, who had just died. 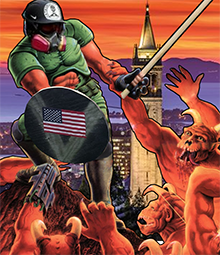 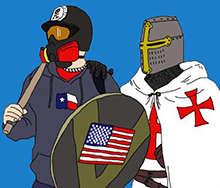 I feel like this shouldn’t be necessary, but I’ll say it anyway: The photograph does not contain any comic book images. It supports no candidate nor ideology. It is a group of women affectionately remembering their friend.

(In the 1990s, there were a group of us at DC who used to go to women’s night at the Russian Baths in the East Village to sauna and steam. I’m very glad that the Internet wasn’t a thing yet, or we would have probably made it nuke itself.)

The comic book community rallied in support, which makes me so happy. We are, in general, thoughtful folk, and we are frequently very funny about it. The hashtag#MakeMineMilkshake was trending all weekend.

I’m still entirely gobsmacked that this happened. I know we are a polarized country today, and a lot of us feel scared and threatened by people with whom we disagree. Sometimes it doesn’t feel good when things change, especially when these are things we love. We want someone to blame so we don’t have to take responsibility ourselves. I get this. Really. I’m still pissed that the Carnegie Deli is gone.

My inner two-year old wants to scream and yell and break things when the world doesn’t do what I want. Over the decades, I’ve learned that when I scream and yell and break things, nothing gets better and sometimes change so that I like it even less. It’s much more effective to use my words (and, when appropriate, my money) to try to change minds to agree with me, or at least take my feelings into consideration. That’s not what happened to Heather Antos. Instead, a bunch of two-year olds screamed and yelled and threatened to break things. We can disagree with each other without all this other dribble-dribble. 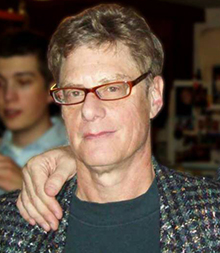 Mike Baron and Kyle Chapman announced they were making an alt-right comic and somehow, I have managed to control myself enough so that I haven’t publicly appraised their physical appearance or whether I think they should be stabbable.

I’ve been part of some horrified private conversations among people who disagree with Baron and Chapman. These are just that – private. No one taking part in these conversations said anything about committing physical violence against any of the creative talent. We mostly just said that the book didn’t sound like anything we would want to read.

Maybe we’re wrong. Maybe Chapman and Baron will create the next Maus and we’ll all be knocked out by their insight and artistry. I don’t think they will, but that’s my bias and I would love to be proven wrong.

And if they want to post a picture to Twitter of them having a milkshake or even (horrors!) a beer, I’m cool with that. I bet Heather Antos is, too.