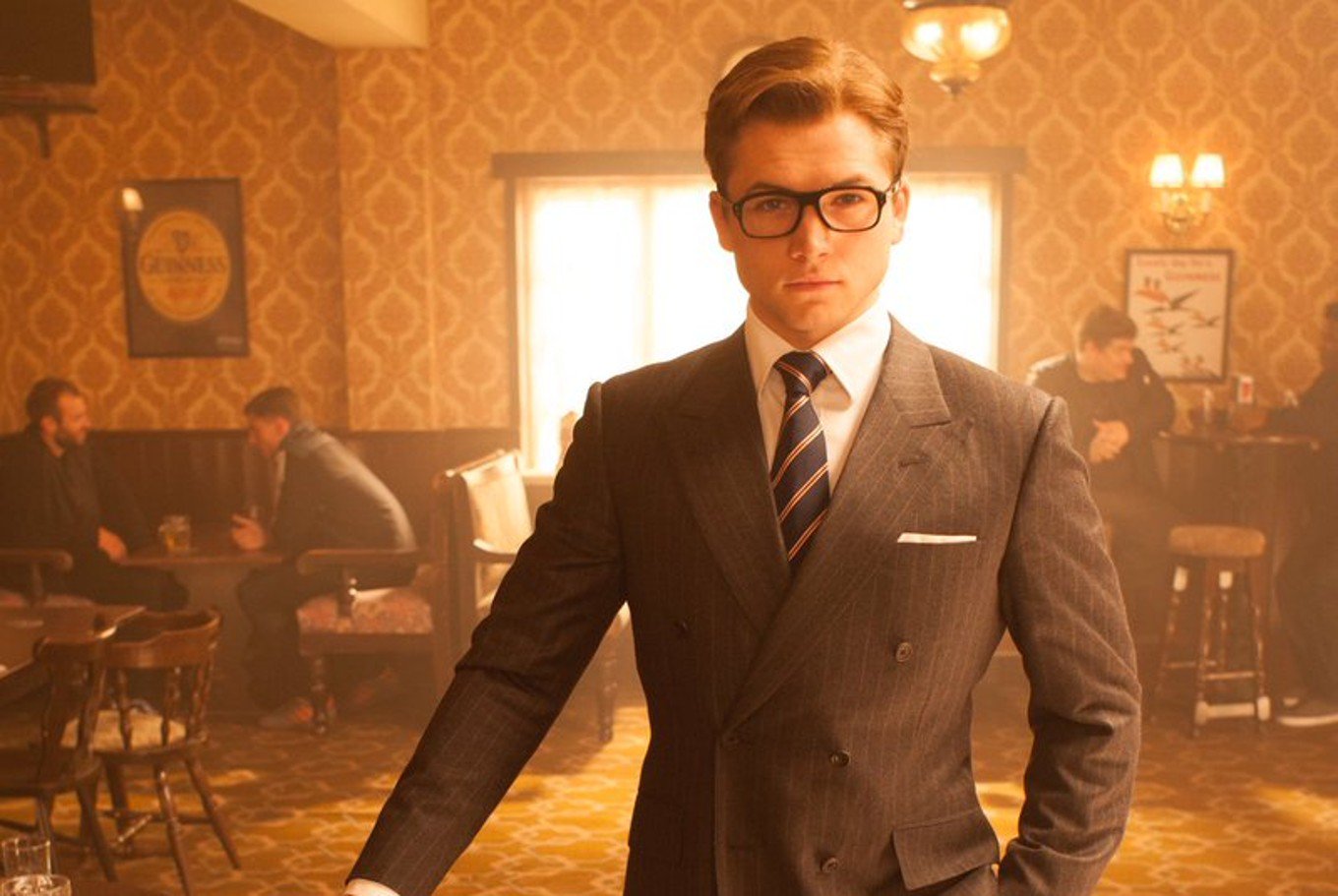 Kingsman: The Secret Service was such a breath of fresh air when it came out.  It was an action comedy that didn’t decide it could skip out on the action choreography part.  Matthew Vaughn made a movie that was all the way both things.  It was honestly a bit shocking to experience after so many Austin Powers movies where not giving a damn was basically part of the fabric of the movie.  Obviously there’s no element of surprise with Kingsman: The Golden Circle but the formula is still solidly there.  This is an action comedy that wants to have it both ways and while it’s perhaps a little worse on both ends there’s a solid movie in here anyway.

While Kingsman: The Secret Service was taking the piss out of the cliche British spy tropes, for Kingsman: The Golden Circle Vaughn decides to invent some American ones to lampoon.  Instead of being prim and proper buttoned-up bespoke suit salesman the Statesmen are rough and tumble cowboys who make whiskey (and bicker with their UK counterparts on whether that last e belongs there).  It’s fun and more importantly I think it underlines for the American audience how absurd the characters are in the first movie.  An audience raised on James Bond movies might think that’s actually what England is like so having that mirror held up can make all of the original jokes hit a bit harder.  Is an electrified lasso that cuts through anything it touches completely ridiculous? Yes, but not that much more than the see-through umbrella nonsense from the first movie.

I’ve been sitting here for more than five minutes trying to figure out how I would end the sentence “Kingsman: The Golden Circle is about” without completely failing.  On one hand it seems to be about how drug prohibition is ineffective as public policy but the people involved in the drug trade are universally unlikeable.  It might be about how hypocritically we deal with illegal drugs versus legal ones like alcohol but there’s no actual condemnation of alcohol use and, in fact, even in the closing minutes we are asked to celebrate the liquor industry.  Maybe it’s about the nihilism at the heart of political debate surrounding drugs but they don’t hit that very hard.  I appreciate that I wasn’t beat over the head with a message (especially one about drugs) because I don’t need to be preached to but this movie kind of exists in a nebulous in the middle which feels more like a fear of committing or, perhaps, like a slew of studio notes.

The standout scene in the first Kingsman is the fight scene in the church set to an ever quickening version of “Freebird” and there’s no scene in this movie that’s better than that.  I don’t understand why you would make a sequel if you weren’t prepared to do a heightened version of the signature scene from your first movie.  There are two attempts to top it and they come close with a fight during a car chase in the beginning but the third act melee is obviously their main attempt and it’s flat.  I’ve seen spies effortlessly deal with nameless mooks dozens of times before and it isn’t special like a church full of drug-fueled nobodies did.  The sequences aren’t bad or anything and in a generic movie I would probably be gushing about them, but to be in a movie called Kingsman it needed to be better.

I’m cautiously optimistic on Kingsman as a franchise.  There’s good bones here and as long as every spy movie has to constantly race to be the most serious it can be, having a release valve like this is essential.  Serious action combined with a ludicrous backdrop makes for a winning combination and I can even accept a romcom-esque meeting (the parents scene) dropped in in the middle.  The high body counts mean it’s easy to churn in new talent (and maybe eventually Channing Tatum will have time to actually be in one of these) and their willingness to hand wave any consequences with super-science means that they only have to be as macabre as they want.  The franchise needs to push itself, Vaughn can’t rest on his laurels like he sort of did with the action sequences in this one, but as long as this is willing to be arch and wry while James Bond is stuck trying to out-grim himself every time out, Kingsman is going to continue to feel like a breath of fresh air.

The rule of thumb in screenwriting is never to directly reference, even whimsically, a film which you are attempting to tribute or homage, for fear the comparison will leave your film lacking.  Kingsman: the Secret Service makes numerous references to Bond and classic-era spy films, and not only holds its own against them, but could inspire a resurgence of the bigger than life style of espionage films

Mark Millar is doing a damn fine job of creating brilliant little stand-alone comic mini-series that tell a coherent story, and are at the same time far from the standard fare of superhero titles.  They are also almost tailor-made for adaptation into films for those very reasons.  His high-action spy tale The Secret Service got a new main title and a solid cast when Millar’s co-plotter Matthew Vaughan (X-Men First Class) adapted it into Kingsman: The Secret Service. END_OF_DOCUMENT_TOKEN_TO_BE_REPLACED