The Tweeks Get the Feels with Mockingjay Part 2

As you know, Hunger Games: Mockingjay Part 2 opened last weekend. It’s the Hobbited trilogy of the books by Suzanne Collins and stars our spirit celebrity Jennifer Lawrence, along with Liam Hemsworth (who used to be our favorite Hemsworth, but we can’t pick just one anymore), Josh Hutcherson (he’s Anya’s favorite of all), Elizabeth Banks, Phillip Seymour Hoffman (RIP) and lots of others, we’d be here all day.

There’s so much to say about the final installment of the Hunger Games movie franchise…except we can barely speak…THE FEELS! That Heffie scene! Finnick! Finnick & Annie! Prim! Pollux! The Epilogue. Watch the video as we try to get make sense of this very Tweeks Approved movie and get a few words in about the trailer for The Divergent Series: Allegiant. 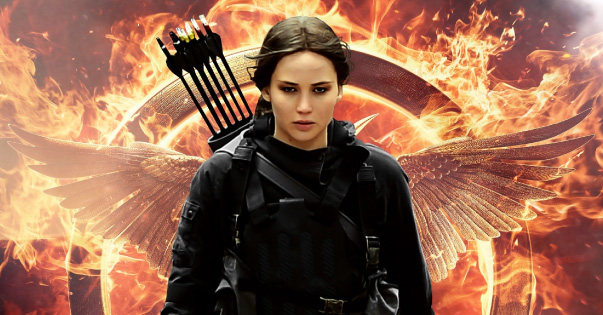 The Harry Potter franchise is, of course, a cultural institution. It was the formative literary experience for a generation of young people and a monstrously successful film franchise. Unfortunately, it also popularized splitting a climactic book in to two movies; a practice that has since gone rampant leading to the division of the very thin Breaking Dawn into two films to cap off the Twilight series, the ludicrous extension of The Hobbit in to three endlessly bogged down movies, and now The Hunger Games is left to limp across the finish line with Mockingjay Part 2, a film that struggles to justify its existence and ends up feeling bloated and insubstantial.

It serves the narrative but there’s so little of what I enjoyed about the Hunger Games movies up until this point. There’s very little Haymitch so there’s no opportunity to enjoy Woody Harrelson one more time. Effie Trinket gets a role I believe was absent in the books so we can get a fleeting glance at Elizabeth Banks. There are similarly small parts for Donald Sutherland, Jeffrey Wright and Stanley Tucci. Basically any incidental character that helped shape this film series is pushed to the side so we can get more of the love triangle between Katniss, Peeta, and Gale, and those characters as presented in these films are far and away the least interesting choices— and while Jennifer Lawrence is trying her damndest to make this material sing, Josh Hutcherson doesn’t get enough room to sell a very complicated character arc, and Liam Hemsworth is just far too bland.

Francis Lawrence’s direction continues to be the best part of this franchise. There are two superb action sequences in this installment: a sewer chase with a bunch of vaguely lizard-like zombie-esque monsters and a stunning battle sequence late in the film. The chase through the sewer and the fight sequences it contains is the best this series has ever seen, we finally get beyond the moral dilemmas and have every prominent character just let loose in a furious violent crescendo. By contrast, the battle scene late in the movie shows how small and insignificant the principal characters are, as they just sort of amble onward as the explosions and gunfire destroy everything around them and, at the end, they aren’t really a part of this war. It’s a wonderfully shot sequence with the camera fixed on Katniss as the action happens seemingly incidental to the framing of the shot. The chaos builds and builds and the audience can feel the frenetic disarray. These bits are arresting cinema and redeem so much of the little problems this movie has.

I’m going to get in to spoilers from here so consider yourself warned.

One big problem is that the story in both Mockingjay films is weaker than the ones that came before them. The idea that invading a city is really just like another Hunger Games is a silly conceit, but it’s one the movie inherits from the books. The way the film deals with the death of Prim is somewhat less excusable. Prim is killed suddenly, out of nowhere and the moment is given no air with which to breathe, to affect the audience. The movie barrels forward from that moment to the end credits with an inexplicable momentum considering how long we’ve lingered on so many more trivial moments. It’s hard to accept the big choices that come after if we don’t have a proper lens to see how this has affected Katniss. If this was the only way to get the scene with Katniss and Snow in the greenhouse I suppose I can accept it, it’s one of the best films in the series, but I bet I could have cut five minutes somewhere else to give this gigantic moment a little more space to resonate.

I’ve grown to appreciate The Hunger Games quite a bit since I grudgingly enjoyed the first film three and a half years ago. The first film was an admirable adaptation of a tricky book and the second film was an honest-to-goodness triumph of the genre, easily the best of the young adult book adaptation films, and a genuinely excellent movie. It’s unfortunate that we’ve had to watch the wheels fall off from there a little bit. Taking the weakest book, the one least-liked by fans, and turning it in to two films has been an artistically questionable decision but it’s even taken a financial toll on these last two installments. Mockingjay Part 2 had a weaker opening than Part 1, which was weaker than Catching Fire. While we aren’t quite in the realm of failure here, it’s a bump in prestige to watch this franchise lazily bounce after soaring to such great heights. I hope this doesn’t tarnish a set of films that could have been an enduring cultural touchstone— but I’m not sure the odds are in its favor.