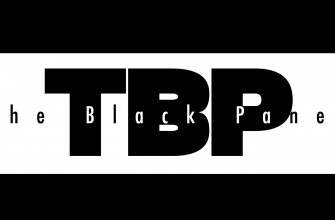 An Open Letter to DC Comics and the comic book industry

An open letter to DC Comics and the comic book industry:

The Black Panel has been a leading voice for creators of color for over 20 years. The Bad Boy Studio Mentor Program has outstanding alumni, some world-famous. Millions of Black people purchased the Guardian comic books. Milestone Comics was a groundbreaking achievement.

The link that ties them together is Michael Davis.

But for Milestone Comics, all are the creation of Michael Davis alone.

DC Comics is embracing Black Lives Matters as are many Black creators. They are leading with The Other History of DC Comics. From what I’ve read, Michael Davis created that and is not involved although he wants to be. This is just another in a long line of injustices DC Comics has done to Mr. Davis, who has written that a former DC Comics editor accused him of causing a “loud scene” at a meeting, and because of that, he was removed from a six-figure project.

When it was proven to be a lie, the company refused to reinstate the project. That’s just plain evil. Presenting him with an agreement that prevents him from ever working at DC Comics was much more corrupt.

The comics industry ignores this- it seems Black comic creators do as well. His partners used him then excluded him. He still supports them. I can find no support for this man even from people he has helped. That is truly shameful. Outside of the comic book world, it is quite a different story.

For goodness sake, there is a Michael Davis Auditorium at the Gordon Parks Academy in Kansas City. I have left out a great many things from his resume. His name next to one of the most celebrated thinkers of our time says it all.

WE CAN’T BREATHE, a film produced by Mr. Davis and Wayne Brady, the comedian about the killings of unarmed Black men and women, is a powerful message.

Mr. Davis and Mr. Brady did the short video as a promotion for LevelNext comic books. I saw the video at The Black Panel and was moved to tears as were others. This was three years ago when no comic book company was thinking about these topics. I hear he is disliked because he’s loud and demanding. I believe it’s because he won’t play anyone’s game.

It is nothing short of despicable that those who have claimed to be friends and allies stand by and do nothing to support this man. Some ridicule his depression and claim he faked his own death. God, I have no words for that kind of malice. No one stepped up to defend him, but he’s always there defending those who need it, even those who have betrayed him.

Shame on DC Comics, shame on Milestone Media, and shame on all he has helped who remain silent.