John Ostrander: “A Legacy Of Spies” 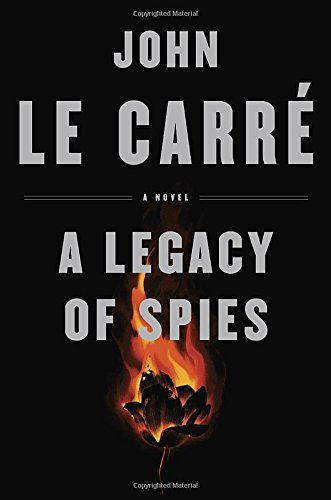 I’m a huge (or as our president would say, YUGE) fan of John le Carré, the English writer specializing in espionage stories. le Carre’ is the pen name for David John Moore Cornwell, who was a member of the Secret Intelligence System or MI6 so he brings a great deal of first hand knowledge to his work.

le Carré’s agents are far more realistically drawn than James Bond or Jason Bourne. Don’t get me wrong; I loves me some Bond and Bourne but, honestly, I’m far more drawn to the very morally murky world that le Carré depicts. You can see that influence in GrimJack but especially with the Suicide Squad. This is particularly true with the first multi issue Squad arc, “Mission to Moscow”. Bureaucratic screw-ups result in the mission’s failure with one dead and a member of the team captured while the rest barely escape. The feeling is meant to be realistic and the morality dubious. Very le Carré and that was by design.

le Carré’s most famous book, I think, has to be The Spy Who Came In From the Cold which was his third book, first published in 1963. Like much of le Carre’s work, it’s rather bleak but its success enabled le Carré to devote himself full time to writing.

le Carré’s latest book, A Legacy of Spies, revisits the events around of that earlier tome, giving us new background and insights to its characters and events. The legacy deals with the consequences of those acts as the offspring of two of the main characters, Alec Leamas and Liz Gold, bring a lawsuit against MI6 and some of the people involved, especially our narrator, Peter Guilliam, and George Smiley, Peter’s superior and le Carré’s spymaster and protagonist through a series of books.

As always, the book is suffused with feelings of regret and betrayal and not just in the matters of espionage. Smiley’s wayward wife, Ann, regularly betrayed him with affairs, one in particular having terrible consequences. Loyalty is important but more on an individual basis; the Service does not always share that loyalty to those who serve it, usually at such great cost. The story is set long after the events of The Spy Who Came In From the Cold and there is serious doubt if the whole thing was worth it. The participants, and the reader, now see things in context. What was achieved, and at what cost, and was the cost worth it?

As I noted, Peter Guillam is the narrator of the story but it is also told through official reports and documents of that earlier era, like extended flashbacks. I’m not sure that always works; flashbacks can take the reader out of the “now” of the narrative. In this book, it can sometimes get a bit dry. However, it can be argued that it also serves the storyline and the themes.

le Carré is an old master and this is the work of an old master; assured, in full command of the material and his own gifts. Does the new reader need to have read The Spy Who Came In From the Cold or the other two le Carré’s novels – Tinker, Tailor, Soldier, Spy or Smiley’s People? Technically, no – all the information you need to understand A Legacy of Spies is in the book itself, which is as it should be.

However, it is filled with “spoilers”. The book reveals things that the reader perhaps really should experience first hand for themselves. If you haven’t read the other books, I recommend doing that first. They’re very worthwhile in their own right and, IMO, makes the full experience in A Legacy of Spies far richer. That said, the book is well worth reading on its own, the work of a master still showing his mastery.