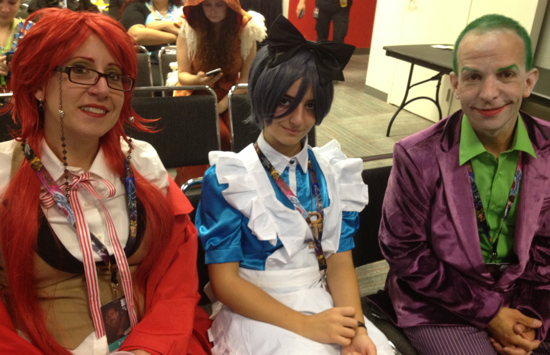 Indian Summer, autumn’s first batch of orange-hued fallen leaves and New York Comic Con have all tumbled away, relegated to that odd intersection of fond memories and the comfortable knowledge of their inevitable return. The New York Comic Con, now the nation’s largest geek culture convention, seems to change each year. And after more than a decade of growth, it’s changing in many weird and wonderful ways.

I’ve been there from the beginning and, during the early years worked, on the show. We had a vision for the convention and it’s succeeded beyond our wildest dreams. And in many ways … it hasn’t. 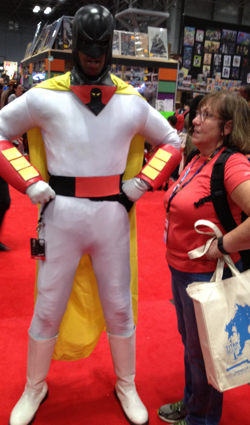 Each year on Thursday afternoon as the New York Comic Con bursts to life, ICV2’s Milton Greipp gathers industry leaders together to review the state of geek culture.

Comic Convention expert Rob Salkowitz was one speaker who addressed this business gathering. He spoke about the phenomenal growth of all conventions and attached revenue estimates to it all. “NYCC has grown to become one of the largest pop culture conventions in North America and a key part of an industry that has an economic impact of more than $4 billion,” reported Salkowitz.

That’s a lot of geek culture. 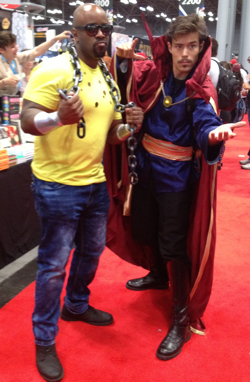 A Matter of Perspective

There are long-time fans who regularly attend conventions and new fans that bravely dive in each year. I routinely hear what long-time fans are thinking, and I felt I needed a fresh perspective. I wanted to hear what a new fan thinks. So this year, I invited my adventurous Aunt Elissa to NYCC. It would be her first time to the show.

Her gateway to comics was through the Archie universe. She ingested a steady diet of Stan Goldberg and Dan DeCarlo Archie comics during the 70s, and has now graduated to geek mainstays like Doctor Who and Tonner Dolls.

Elissa said she had a great time, but I wanted to dive a little deeper and understand what made this show work from a first-timer’s point-of-view. 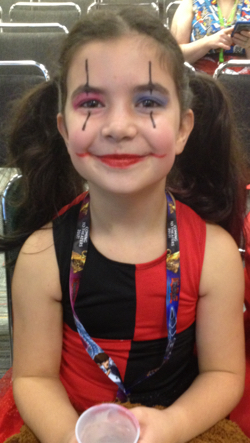 From Elissa’s vantage point, the huddled masses of NYCC were surprisingly polite. It’s been reported that NYCC broke another attendance record and sold 180,000 tickets. But these supersized crowds didn’t faze her. In fact, she was pleasantly surprised “because everybody was very polite, very pleasant – there were a lot of people, but <they were> not intimidating to me, nor would it stop me <from attending> in the future.”

Unlike a football game, or even a trip to her local supermarket, Elissa found the crowds were a community of like-minded fans. “You’re going to bump into people, not intentionally,” said Elissa. “They’d say, ‘excuse me.’ You don’t even hear that in a store these days!” 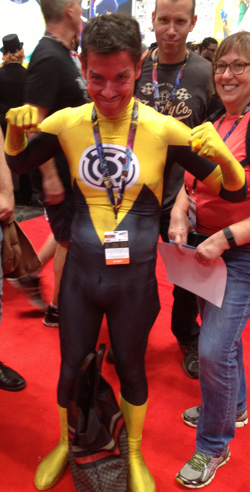 At one point I introduced Elissa to my old friend Ivan Cohen. He’s a longtime comics professional and one of his many accomplishments is writing the Green Lantern Animated Show Comic Series. As we talked, and with perfect timing, a cosplayer dressed as Sinestro, Green Lantern’s evil archenemy, came up and charmed us all.

Sinestro took an immediate liking to Elissa. I was afraid it would be overwhelming, but she loved it.

She raved about how impressed she was with all the cosplay. Elissa attended the Let’s Get Serious Cosplay Panel – with panelists from Cosplay by McCall’s and the Overstreet Guide to Cosplay. “They have a pride and professionalism in their cosplay” she said with newfound respect.

Thumbs Up to Archie from a Long Time Fan

Elissa visited the Archie booth and she rendered a ‘thumbs up’ verdict on all the recent changes. She said she understood that the company needed “to keep up to encourage people to continue reading Archie,” and “to change with the times.”

“It’s not the Archie I remember, but also I’m not 10 years old.” She bought the new Betty & Veronica comic from super-retailer Marc Hammond right there at NYCC.

She also bought the new Josie and Pussycats comic. This was a big step as she explained she never liked those characters when she was younger. “They seemed so ditzy”, she said. But she quickly amended her recollections “But maybe that was just Melody.” 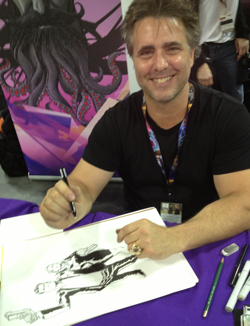 Was this Best Part of NYCC?

As it turned out, Artist Alley was one of Elissa’s favorite parts of New York Comic Con. We gave her a guided tour, introducing some of our favorite artists: Franco, Art Baltazar, Kevin McGuire, Gabriel Hardman, Corrine Bechko, Joe Staton, Brett Blevins and Tom Gianni were just a few. Before you knew it, Elissa would find an artist who’s style she liked and just walk up and strike up a conversation with them.

“I wasn’t’ quite sure what it was going to be like, “ said Elissa, but once we got there it was very clear.” She explained that she soon realized that each artist has his or her own style. “It’s all fascinating. They are all extremely talented. They’re good!”

Elissa observed that the majority of people outside of geek culture don’t have any appreciation for the artists. Meeting and speaking with artists in Artist’s Alley reinforced the idea that comics “are drawn … not just done by a machine.”

Her biggest take away from the whole show was an increased respect for the artists and creators. “It made me want to read more comics.“ She’s not ready to start collecting per se, but she is eager to read more.

Elissa is looking forward to next year’s NYCC. She realized that as a first time attendee, she wanted to see ‘everything’. On subsequent visits, she talked about how she’d plan better to attend specific panels.

“By the end of the night- my feet hurt. There was so much going on – I wasn’t bored. It held my attention. I wanted to see it all. “

And she’s become a big Artist’s Alley fan. “If I went again – <she’d prepare ahead of time> to know the artists and their work.”

After the show, as Elissa told her friends at home about her New York Comic Con adventure, they looked at her as if she had five heads. “They think these people are weird or strange.” But she explained it to her friends this way, “No, they are very passionate, very talented.”

Seems to me that the crossroads of passion and talent is a pretty good foundation for an industry, and a good place to spend a weekend.