Molly Jackson is Not Going to Write About It 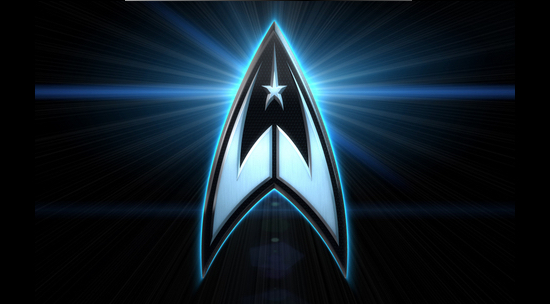 I am not going to write about it. I know everyone thinks I will since I am a huge Trekkie, but I won’t do it. Despite my love for the franchise, I’m not gonna write about the new Star Trek series. Not happening at all.

I won’t acknowledge how confused and nervous I am about the potential premise of the show. All they said in the press release is that it isn’t affiliated with the new film. So, what timeline is in, the old fan favorite or the new Abrams one? What year will we be in, Kirk’s era, Picard’s, or a completely different one? And are we even talking about the Enterprise? All of these questions are valid. Still, I won’t acknowledge I am excited under all that nervousness.

And I won’t even admit how nervous I am about the guy at the helm. The same guy who brought us the multiple cringe-worthy, fan-hated Into Darkness. However, Alex Kurtzman has working on some shows I’ve enjoyed. He got his start working Xena and Hercules! Still, he proved in the movies that he just doesn’t get Star Trek. My nervous brain is wondering if he can bring back the true spirit and ideology of Star Trek or if it will just be another plotless, bad story lacking character development, action show on TV.

I’m not going to write about how the new pricing structure is kind of insulting. CBS All Access doesn’t really appeal to me. They want me to spend $72 dollars a year so I can watch two shows. That’s assuming I keep watching Supergirl (which I can get a season pass for on Amazon for $29.99). CBS needs to up their game and they need to do it fast. They rarely appeal to me and their overall image needs to change. Can’t they work a deal out with Warner so they can add some CW shows on there? And for all the arguments that Star Trek: TNG helped launch cable, I don’t really care. It’s mean to do this to fans who might not be able to afford it.

Mostly, I’m not going to let anyone know how pissed I am they announced this in the 49th anniversary year of ST but it doesn’t come out until the 51st anniversary year. Which means they will spend an entire year torturing fans with bits and pieces of details. They knew this damn 50th anniversary was coming; couldn’t they have planned it better?! I hate waiting for details!

I won’t talk about how wonderful it is that they are finally bringing Star Trek back to the medium in which it works best. While the movies are great, the stories really shined in the TV format. TV gave them the ability to single out and look at everyday social issues, from week to week. That is why Star Trek is known for tackling boundaries long before society. So, I can’t admit that I am so excited despite my reservations.

So yeah, I’m just not going to talk about any of this. I’m so glad I’m keeping quiet, I have a lot of uncertain feelings.