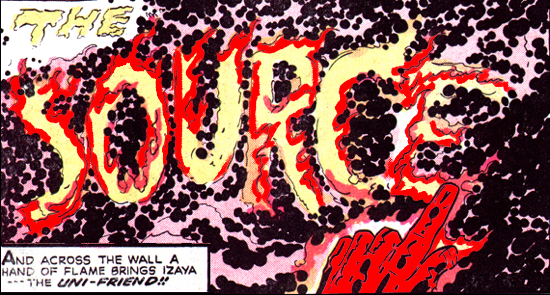 That thought of a 9-year old girl being intimidated by her local comic shop has not left my mind, kiddos.

I said what I could on the subject just a few weeks ago. Beyond the local comic shop being the culprit for the stagnation we as fans feel for the specific love of the pulp and paper side of comic bookery, there’s a plethora of other barriers to entry. Little mountains that stand in the way for people of all ages, shapes, sizes, and level of declared geekery that make the journey to our shores feel not unlike the one those halflings took from their little town, to that live volcano. And much like that epic, the damned eagles were there all along if anyone would have thought to ask for a quicker trip.

“I like Captain America!” the little tyke exclaims. He’s taken to his local comic shop, allowance in tow. Where, oh where does he begin? If he gets the current issue, he might be wondering why Steve Rogers is an agent of Hydra. Or why Sam Wilson isn’t Falcon. And just how many issues does he need to go back and buy to catch up? Of which volume? And what about trades vs. floppies? Or what if, by chance, the book falls in the middle of an epic crossover?

Touched on lightly in my aforementioned article, the advent of the epic crossover has been a thoroughly exhausting trend weaved into the modern comic book production schedule. It seems once to twice a year now, the big boys of comics (who are the specific targets I’m aiming at here) are hellbent to change the status quo. Grand schemes crawl and sprawl across special mini-series, and dump into the pages of dozens of titles – all in the effort to tell a larger story.

When it was done with years in-between, it was great! Crisis on Infinite Earths, Civil War, or The Infinity Gauntlet each stood as massive touchstones for years to come. Their larger-than-normal villains had massive plans, which required the multi-tentacled reach of an editorial Cthulu in order to come to the final catharsis. And in their wakes? New rules, new books, and time to let what transpired breathe.

Now?  Not so much. Every book becomes mandatory reading, and before you blink, new series are given birth, fail to catch on, and are chucked into the ethereal pit from whence they came. How could a muggle traipse into their local comic shop, cash and enthusiasm in hand, be told in order to jump on board they’ll need to drop serious coin, and spend the remainder of their afternoon reading Wikipedia to make sense of it all? This, of course, leads me to…

A standard comic, all-in-all, isn’t that expensive… until you compare it to similar media. A weeks’ worth of books for me (back when I bought books weekly) ran me $15-20 for a small haul. Left on the back of my toilet for easy-reading and metering out, I was done just in time for a whole new set the following week. For roughly the same amount of money I can have both the WWE Network and Netflix… which combined provide me thousands of hours of entertainment I don’t even need to read to enjoy. Apples to oranges you say? Correct, padawan. But tell that to an 8-year old.

Make no bones about it: kids do love comics. The static art being produced in any number of styles, slaved over by teams of passionate creators should be beloved, cherished, and sought after. For Rao’s sake, that is why I toil nightly to produce my own books! But I’d be lying if I didn’t feel like it can be a bit of a hard sell when the average comic can be absorbed in 15 minutes. The economics of it are depressing.

And, to my knowledge, publishers-at-large haven’t exactly solved how to compete. While Amazon, Hulu, Netflix, and their next-of-kin pony up money for solid, respectable original content in addition to their bread-and-butter second-hand material… they have all found the panacea to their pricier counterpoints (cable TV, and the movie theater). Simply put, they found a price so low that people can barely argue about their subscription. For roughly ten bucks a month, their consumers have more content available then they can consume.

So, why haven’t the publishers figured this out?

As it stands, there are no easy answers. Netflix and the like all started in different places – Netflix as a mail-order rent-a-DVD catalog, Hulu as pricey YouTube – but would up in the same business. DC, Marvel, and the other major publishers each offer a maddening number of ways to consume their comic content. Floppies or trades? Printed or Digital? Direct market, subscriptions, ComiXology, Comix Blitz, or any other number of other ways I don’t know? Because the original content is printed (but doesn’t necessarily need to be), it simply stands to ask the biggest question of all:

In the land of plenty, is the niche market of comic books too splintered to be as profitable as it needs to be… to sustain real growth? Are there simply too many choices out there for a truly casual fan to make a choice they can feel confident in, when it comes to their consumption? And is the looming specter of a digital device being so ubiquitous, how far off are we truly to even needing paper books? It’s why vinyl records made a comeback, and CDs are nearly non-existent. It’s why DVDs and Blu-Rays are slowly being discount-binned into-oblivion. And why we all have at very least… free Spotify or something similar on our smartphones.

In my estimation, the only way comics can truly save the day, is to match what their brethren in other industries have done. There needs to be a singular wave of content accessible, available, and bingeable… offered at a price so low it can’t be argued with. Weekly comics need to still create an eco-system in the direct market… but come packaged in such a way that it allows new readers to have their cake and eat it too. The ocean of content that exists in long boxes needs to be set free, where all publishers can coexist. The eagles are soaring over our heads. We need only ask for a ride into the mouth of the volcano.

May’s Loot Crate theme is POWER! And so we power up this month’s unboxing with not one, but two Loot Crate openings. We open both the Loot Crate and the Level Up boxes (well, actually Level Up comes in a bag, but still!) and then battle it out with a lemon fight to see who gets the most coveted goods.

And because it is a total power move to share, we’re giving away some of the items from both this months’ Loot Crate & Level Up!

So, watch for free stuff or to hear Anya’s rant on Ender’s Game or Maddy’s feelings about robots or just to see what’s inside.